Recently our HOC (Human Orangutan Conflict) team has been extremely busy dealing with the results of the worst forest fires in a generation and once again they have been called out to help a struggling orangutan in need.

Our team in Indonesia arrived to find a large male orangutan sheltering under a clump of banana leaves. The surrounding area was totally devastated, none of the trees were a suitable height for an orangutan and the soil was black and ashy. The area was very close to two oil plantations and the orangutan was quite obviously struggling to find adequate food and shelter. The local villagers had recently planted banana trees which the orangutan had started feeding on which is why they contacted our team to take him away. 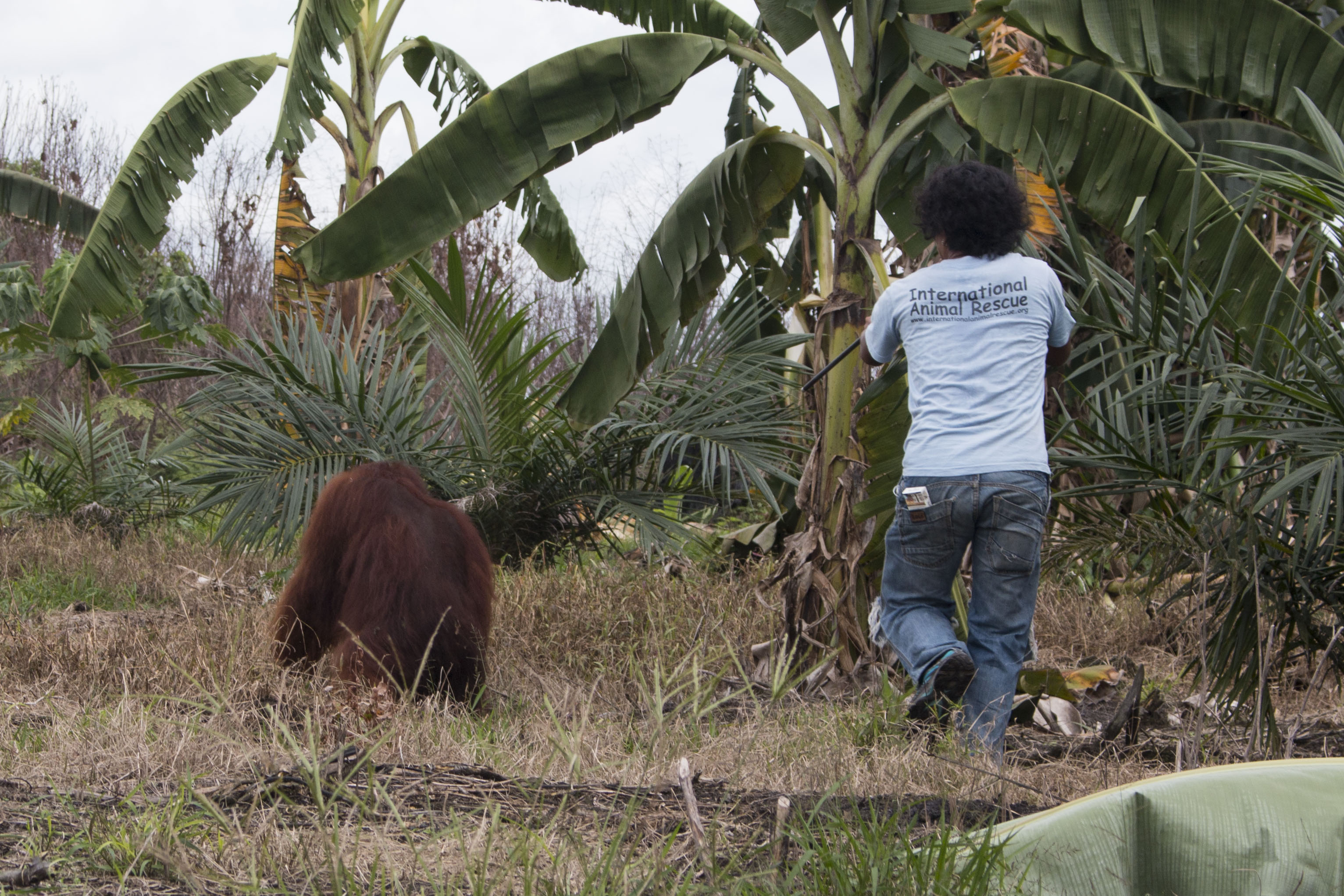 Gail Campbell-Smith, Program Manager IAR Indonesia, said "The saddest image you can think of is a magnificent orangutan that should be travelling in the top of the canopy but instead has to drag itself on the ground, struggling even to find a standing tree suitable to make a nest".

Our team sized up the orangutan size and weight then darted him with a dose of anaesthetic. After fifteen minutes he was found asleep under some bushes and the vets moved in to perform the initial examinations. 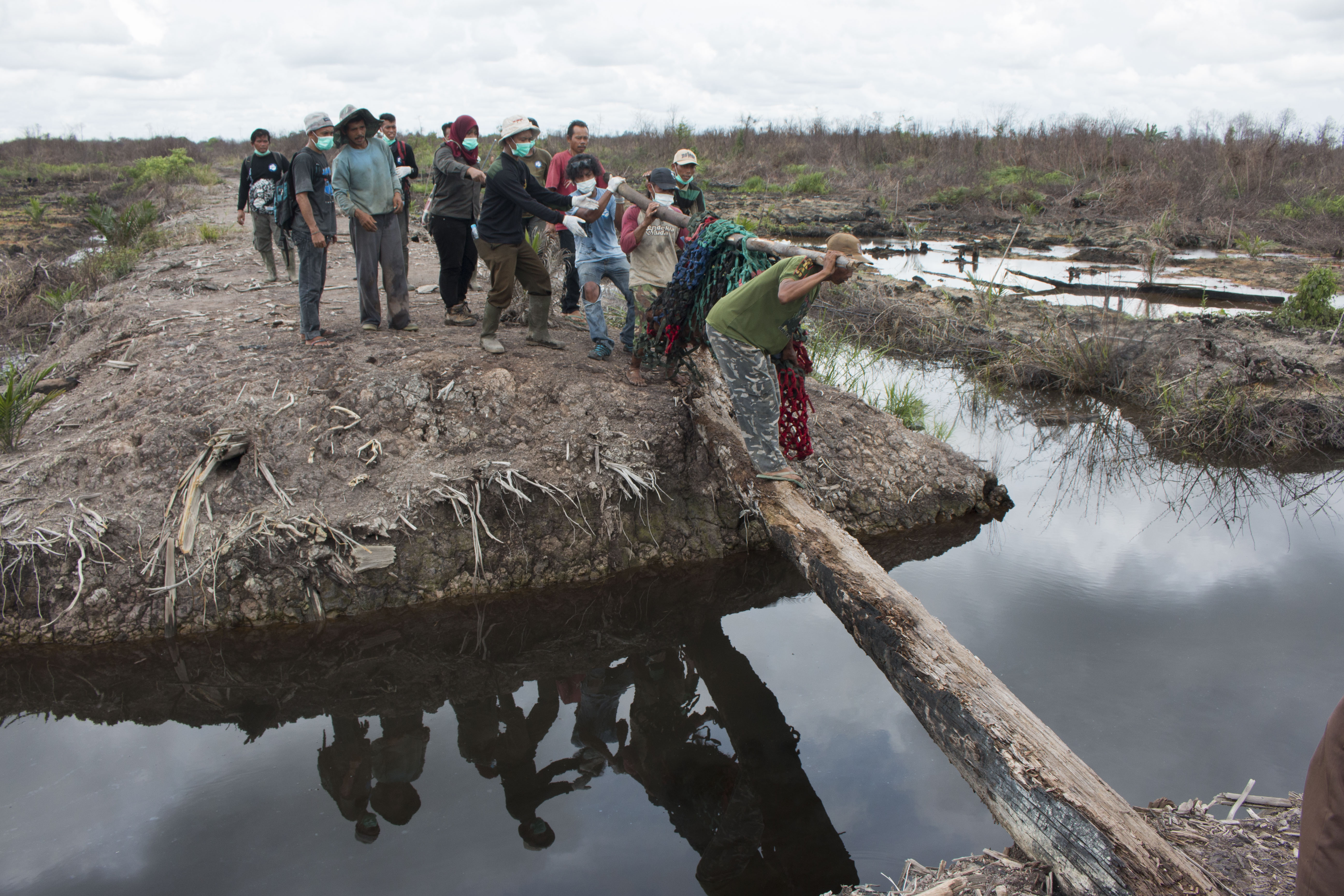 He was taken back to our centre in Indonesia and given a thorough medical check. He has fully grown cheekpads and they estimate his age to be over twenty years old. The team named the orangutan Mata, after the location he was rescued, and he is currently being cared for in the safety of our centre as we search for an appropriate release site.

Our teams in Indonesia are working tirelessly to rescue orangutans that have been displaced from their natural homes. As a result of the fires this is unfortunately becoming increasing commonplace. Please consider making a donation to aid us in our efforts to help as many orangutans as possible.