More Victims of the forest fires Released into New Homes

Our centre in Ketapang has housed a handful or males rescued from the recent fires. They were all rescued by our HOC (Human Orangutan Conflict) team from areas bordering oil plantations - areas lacking in biodiversity and enough food to sustain an orangutan, especially a large male orangutan.

Last week our team in Indonesia had the great privilege of releasing four of these males back in to protected areas of forest, these four are called Kamsia, Kaisar, Karet and Sinar. 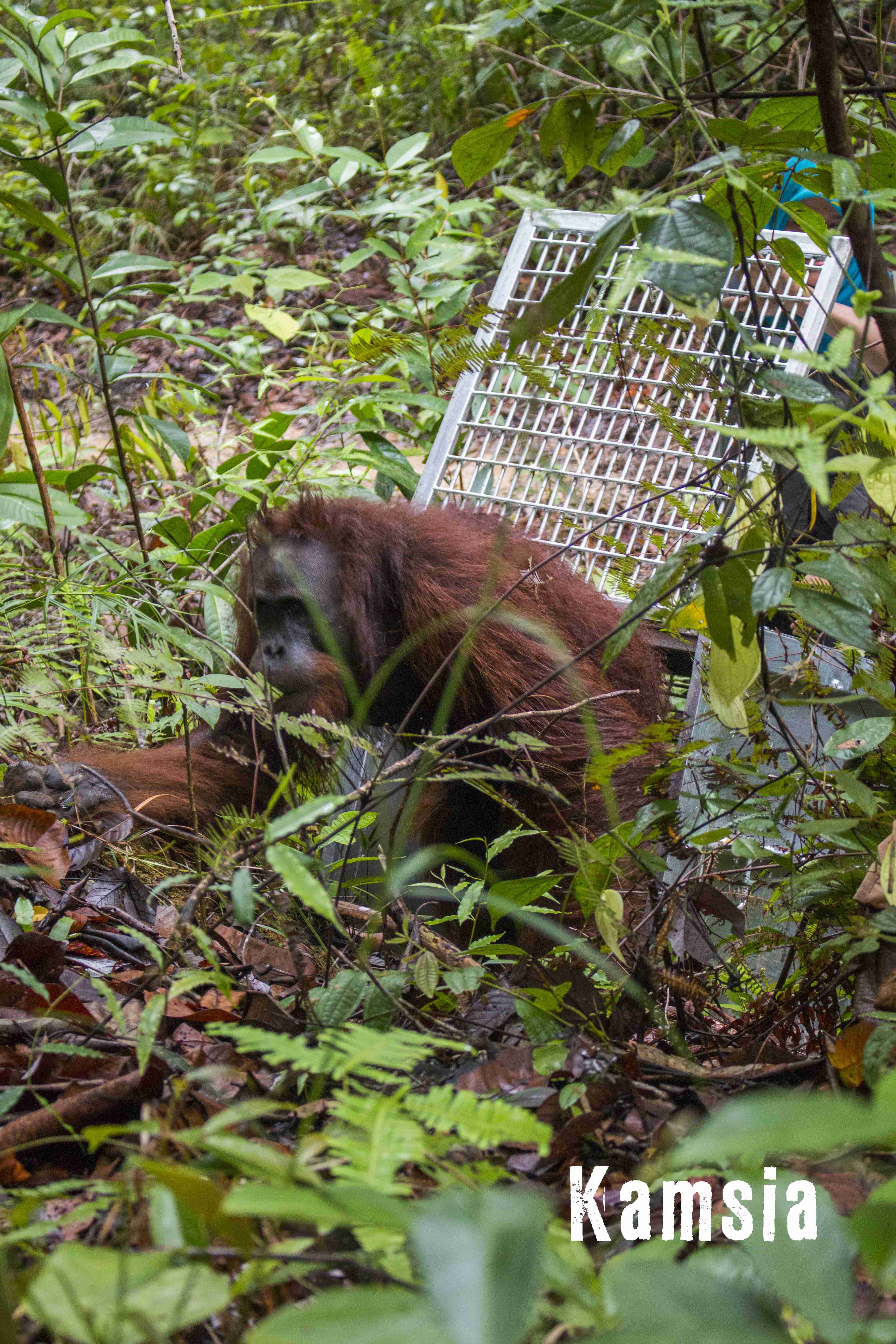 The team anesthetised the males and began a last medical check at 9pm. At 3am the following morning they were ready to set off and arrived at the protected area of forest in Gunung Palung National Park at 5:30am. This area was chosen as it should ensure the safety of all orangutans released into it - Gail Campbell-Smith, IAR Indonesian Program Manager, said "the results of the feasibility study showed this location had a good diversity of plants that could feed the orangutans and their release would be very good for the continuity of a stable ecosystem".

It required an extraordinary effort to relocate these males, there were fifteen members of staff from IAR and twenty five locals who were hired as porters. After a four kilometre trek lasting four hours, the orangutans reached their respective release sites and were successfully released back into the wild.

Kamsia was rescued from an area owned by PT. Limpah Sejahtera, a Palm Oil Plantation Company. 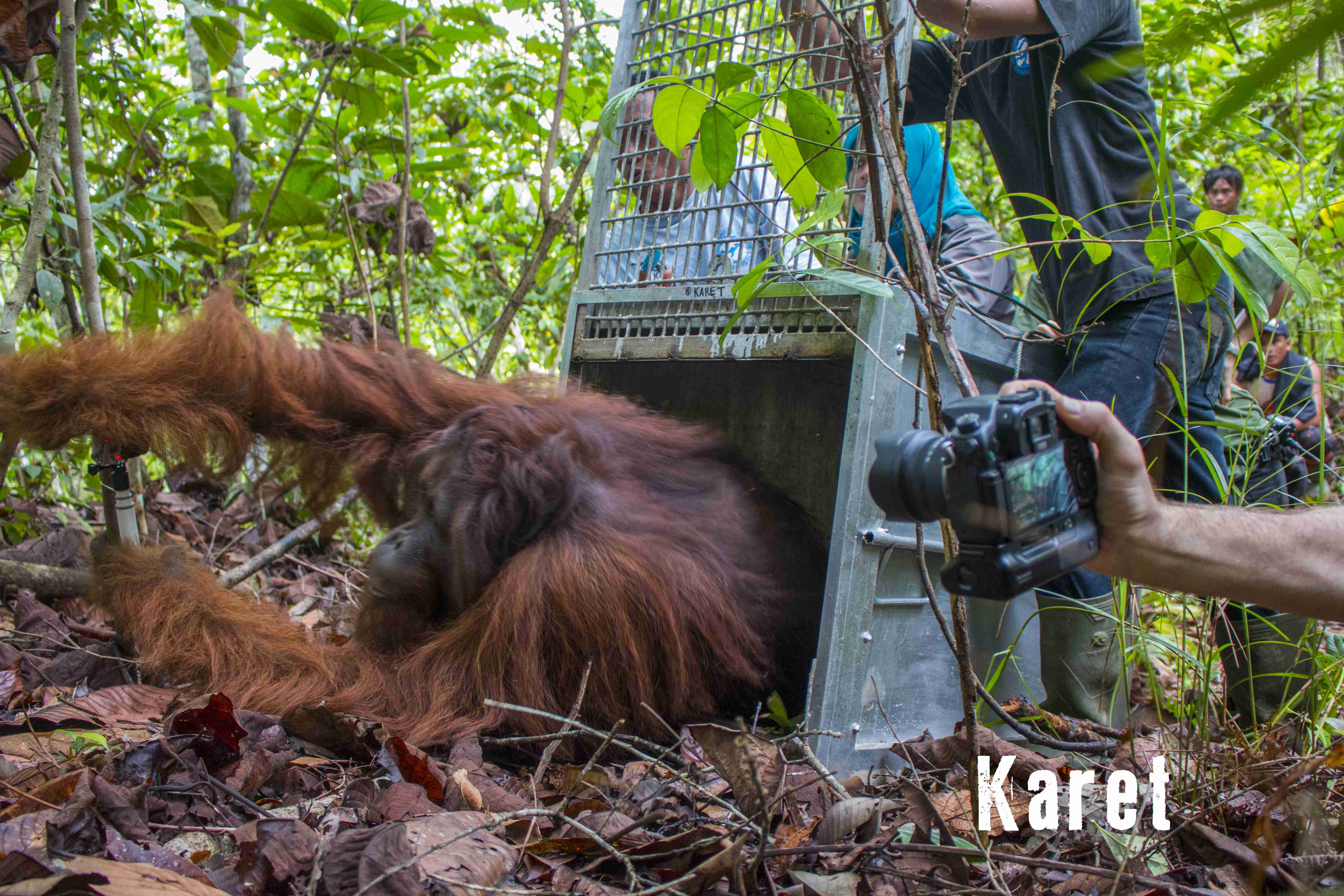 Kaisar was rescued very close to our centre in Ketapang, it only took our team fifteen minutes to reach his location in a field by the side of the road. He was found in an area that had been trenched and turned in to a banana plantation.

Karet was also saved very close to the centre, just another five kilometres further along the same road as Kaisar, near an area owned by oil plantation company PT. SKM.

Sinar was rescued from Penjalaan, Melano.