IAR’s head office in the UK has been coping with a huge surge in public support from the United States after the charity featured on the popular morning TV show “Good Morning America.”

The team had been expecting an item about IAR’s animal adoption scheme to air during one of the shows in December. Adoptions are a popular gift for animal lovers to share with friends and loved ones at this special time of year and raise vital funds to care for the animals that IAR rescues.

However, the item aired just two days before Thanksgiving and was so effective at promoting the charity and its adoptions that within minutes of the broadcast IAR’s website crashed as a result of the increase in traffic. IAR staff took immediate steps to rectify the problem and posted messages on social media urging people trying to visit the site to be patient and not give up!

The problem was solved within the hour and the orders for adoptions immediately came rolling in. And each new airing of the show as it crossed America brought another wave of visitors to the website.

“We’ve never experienced anything like it to be honest,” said Nicola Grinham, IAR’s Digital Marketing Officer. “Good Morning America” is watched by millions of people across the country so we knew any mention of IAR was likely to generate significant traffic to our website. But the response has far exceeded our expectations.” 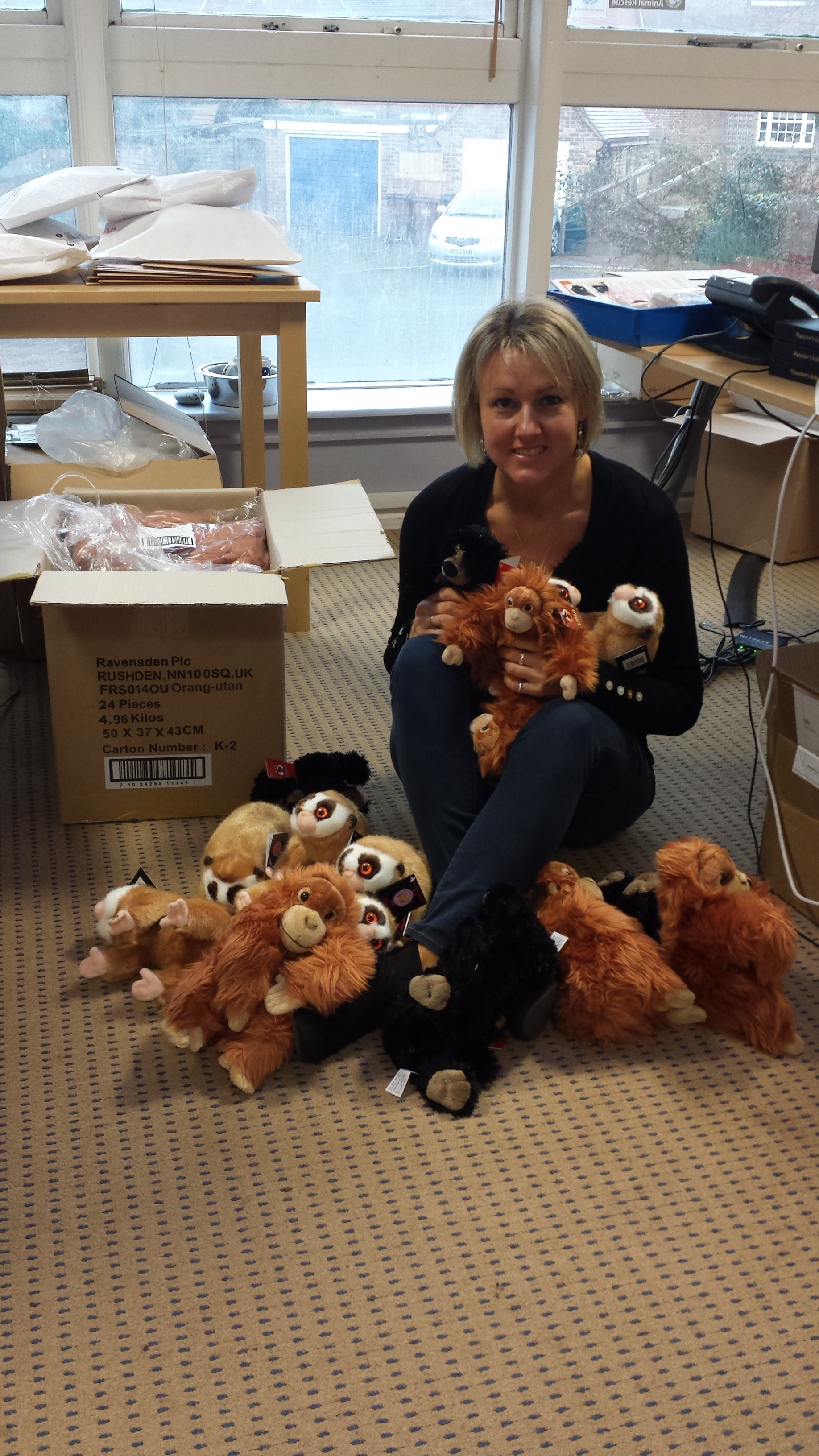 Since the GMA show IAR staff member Judy Izzard has been busy packing up orangutan, bear and slow loris soft toys ready for shipping to the US.

IAR CEO Alan Knight said: “GMA anchor Lara Spencer did a fantastic job of promoting International Animal Rescue and the item included some of our most delightful photos and video clips. It’s hard to resist the opportunity to help some of the world’s most charismatic and threatened animals, particularly when it comes packaged as an attractive gift. The show’s viewers have been enthusiastic and generous in their response and we can’t thank them enough for their support. Our team in the UK is making sure all the adoption packs are sent off in plenty of time for the holidays.”

IAR’s main projects involve caring for nearly 400 rescued dancing bears in India that can never be returned to the wild and rescuing, rehabilitating and releasing endangered orangutans, slow lorises and macaques in Indonesia. Wildlife care and rehabilitation is costly and the regular income raised by adoptions makes a vital contribution to funds.

International Animal Rescue is now working to get coverage of its adoption scheme on UK TV in the build up to Christmas and hopes for an equally enthusiastic response from the UK public.

You can adopt an animal for yourself or as a gift here.