International Animal Rescue Saving animals from suffering around the world
Home » News » Tiny bear cub is rescued in India after his mother is...

Our partners Wildlife SOS have rescued a ten week old bear cub in India after he was found clinging to his dying mother on the edge of a tiger reserve in India.

The mother bear had been electrocuted by a high voltage wire rigged up by poachers on the edge of Sanjay-Dubri Tiger Reserve, in Sidhi district of Madhya Pradesh. Amazingly the bear cub survived the electrocution and was still nursing from his mother when rescuers arrived.

The female bear was found lying paralysed after being electrocuted on the deadly wire. The local Forest Department informed Wildlife SOS who immediately sent a rapid response unit to the bears’ aid. Sadly the mother bear’s injuries were so severe that she died at the scene, leaving her traumatised cub in the care of her rescuers. 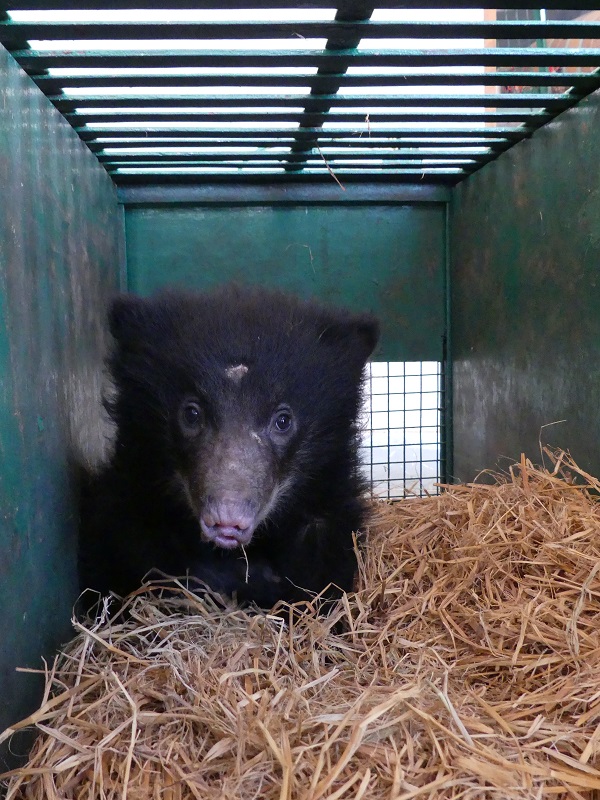 After obtaining the necessary written permits from the PCCF (Wildlife) and Chief Wildlife Wardens of Madhya Pradesh Forest and Uttar Pradesh, the team were able to move the cub to the Agra Bear Rescue Facility (ABRF) in Uttar Pradesh. Thanks to funding from International Animal Rescue, the facility, which is home to more than 200 rescued dancing  bears, has specialised medical and weaning facilities to provide care for young animals.

Wildlife SOS vet Dr Amol Narwade said: “The young bear is currently extremely traumatised and will need to be kept under constant observation by the medical team.”

Sniffer dogs brought to the scene of the crime followed the trail of the poachers and led the investigators to their doorstep. The poachers were found with the tools they used to set the deadly trap in their possession and confessed to the crime. They have been arrested for poaching a sloth bear under sections of the Wildlife Protection Act 1972.

The six men were identified as having deliberately caused the electrocution of the bear by installing the high voltage wire and are currently in jail awaiting trial.

Alan Knight, CEO of International Animal Rescue, said: “We congratulate all involved in the rescue and care of this little cub. He has suffered a terrible trauma and will require intensive treatment and care in the months ahead to recover. I have every confidence in the expertise of the Wildlife SOS vets and keepers who are skilled in the rehabilitation of physically and mentally damaged bears and currently care for more than 300 former dancing bears in sanctuaries throughout India.” 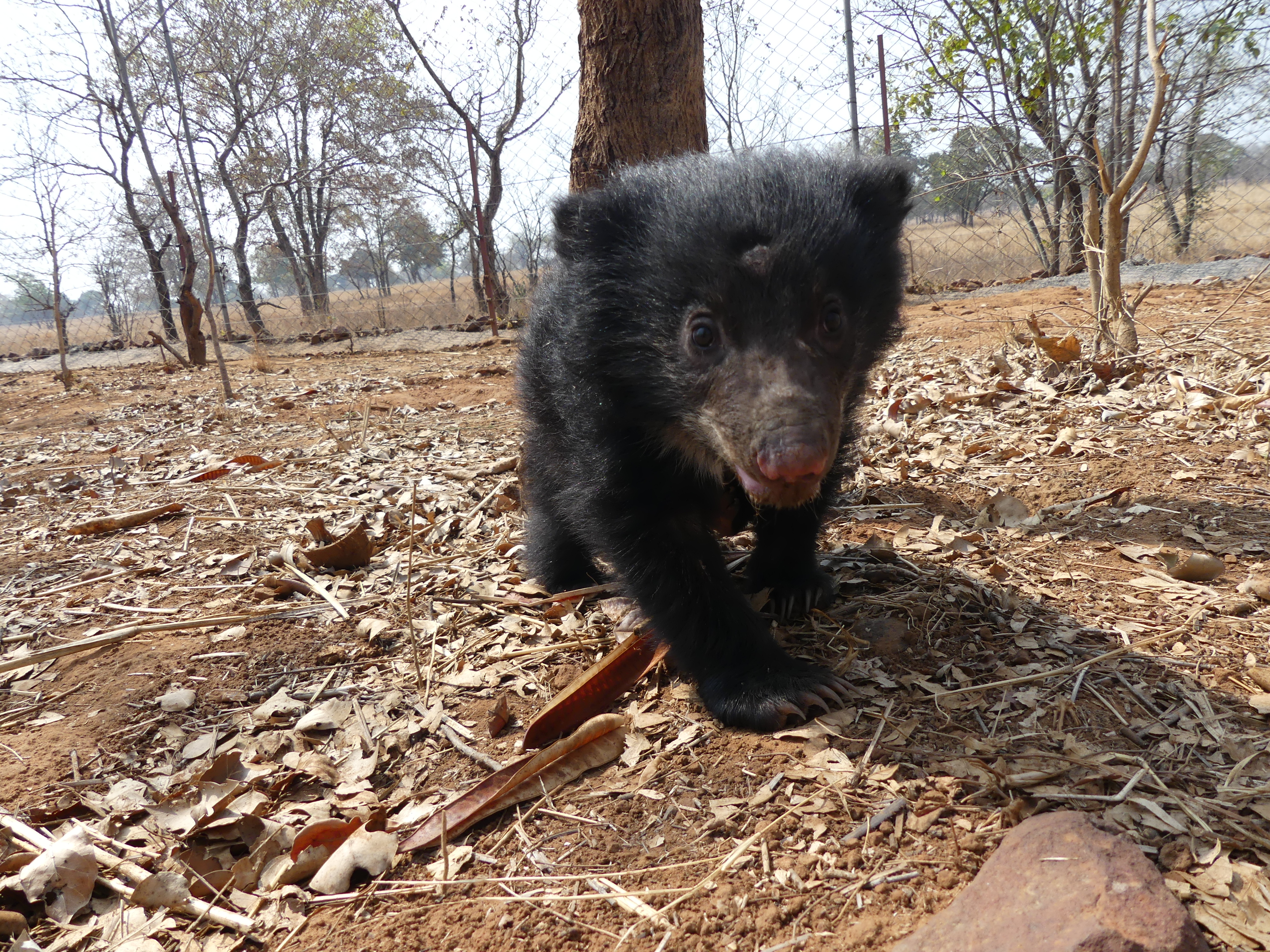 Kartick Satyanarayan, co-founder of Wildlife SOS, said, “We congratulate the Forest Department on
arresting the poachers responsible for this heinous crime so quickly. Wildlife SOS will extend all legal
assistance required by the Forest Department to ensure these criminals do not get off scot free. It is
vital that such offenders are convicted to set an example for others to learn from.”

Geeta Seshamani, co-founder Wildlife SOS said, “We are shocked that these poachers resorted to such a cruel method of poaching and have electrocuted this endangered female bear with her baby by her side. The young bear will receive all possible medical and lifetime care at the Agra Bear Rescue Facility as we have specialised medical facilities and well trained veterinarians to care for him.”

Over the years, the population of sloth bears in the wild has been threatened due to loss of habitat and poaching. Sloth bears are protected under Schedule I of the Wildlife Protection Act 1972. 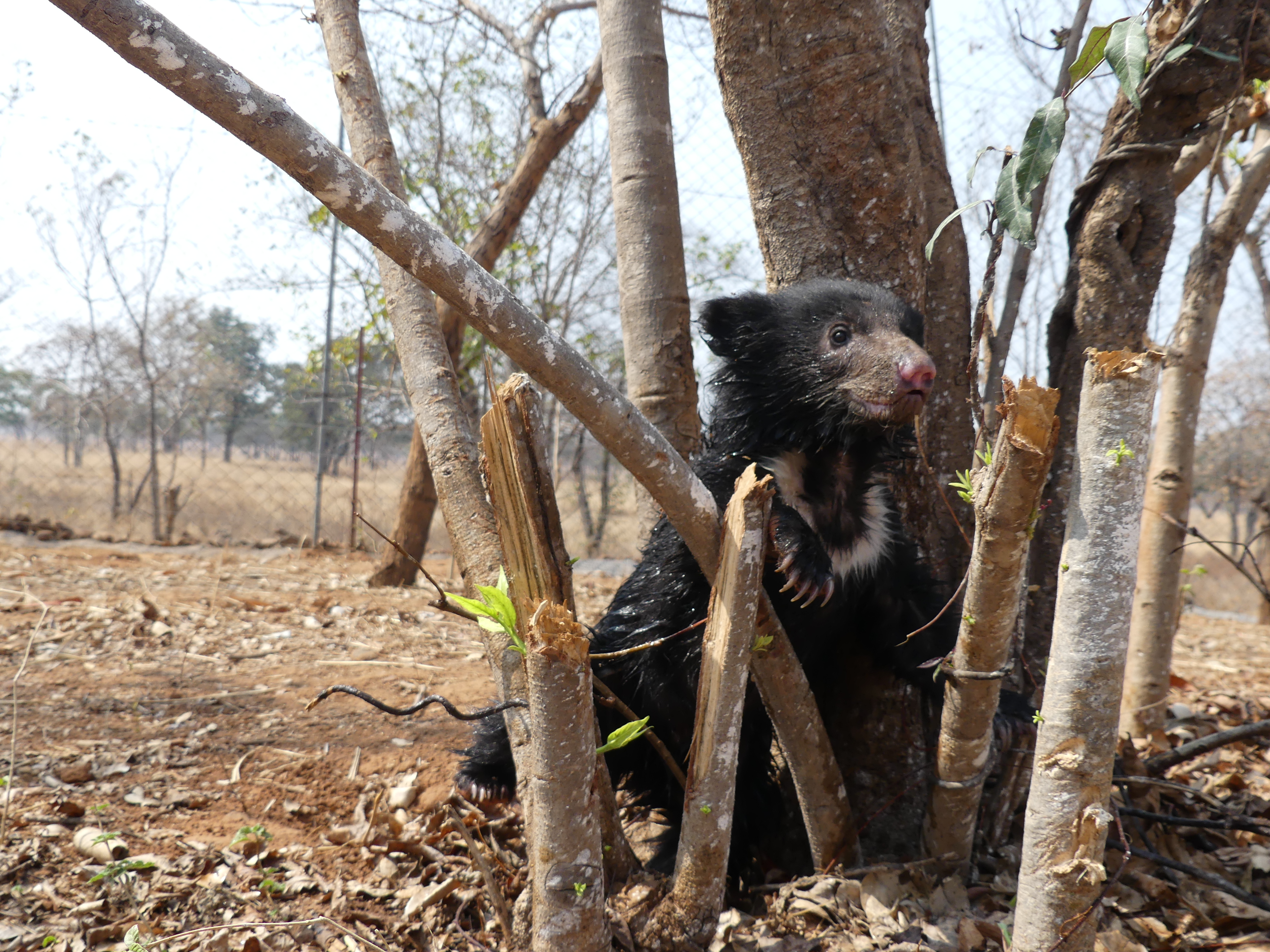