This year the team in Indonesia have organised a wide variety of events to celebrate Orangutan Caring Week. The team, from our Orangutan Rescue and Rehabilitation centre, took thirty-five children from six different schools to take part in our a "Conservation and Green Camp".

The camp was based in the Sandai region of West Kalimantan, which is a region with high potential for human-orangutan conflict. We focus on these areas of human-orangutan conflict because it is vitally important to reach out to these communities first.  If there is an increased potential of these communities encountering a wild orangutan then they need to know the appropriate actions to take. They also need to be made aware that orangutans, and their habitat, are extremely threatened.

The children were middle and high school students and were provided with an array of knowledge related to orangutan conservation and their local environment. Over the four days they took part in several activities such as a street campaign and city clean up and also carried out group workshops which included: 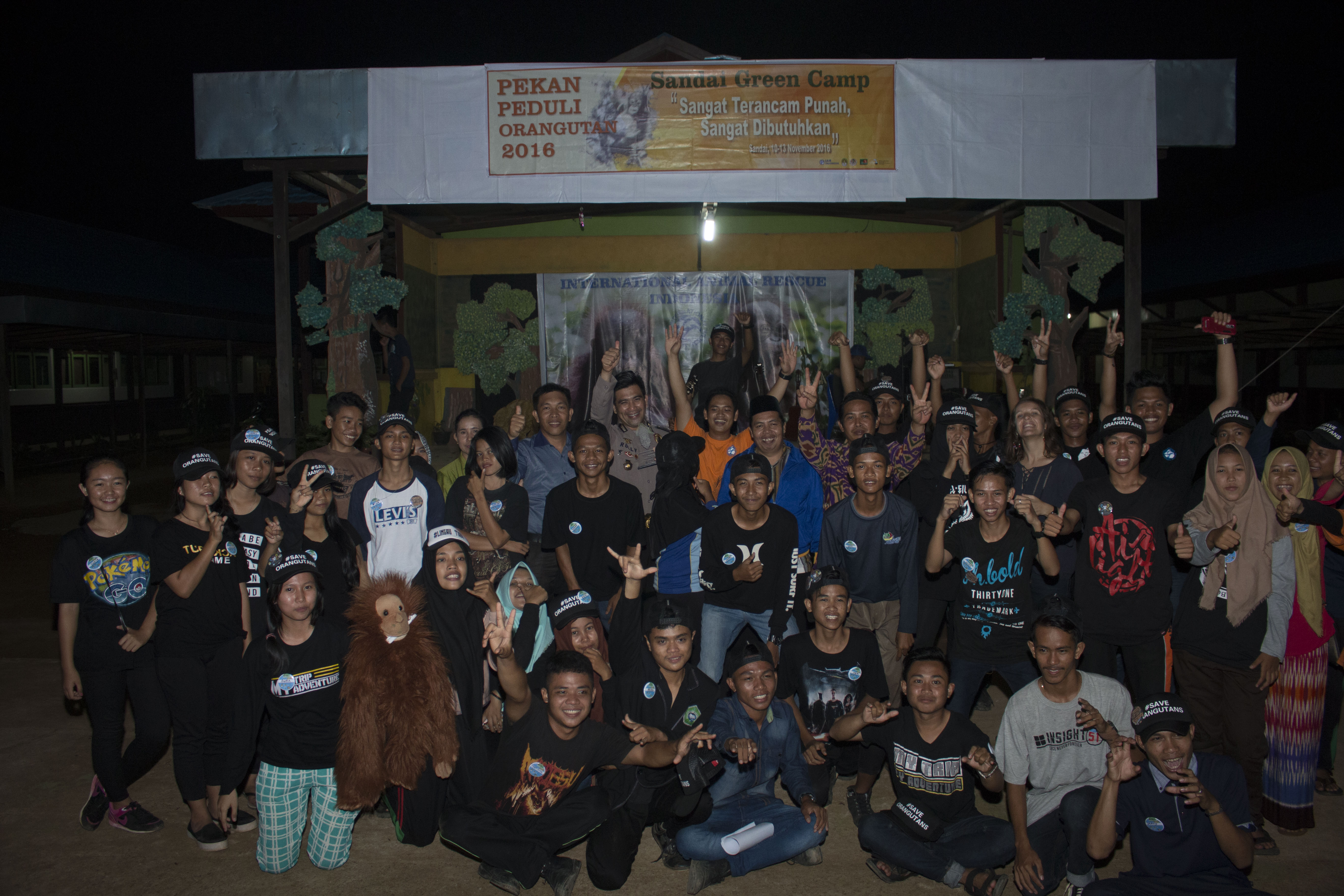 The following day the children took part in a march through town promoting environmental and orangutan conservation. Many could be seen sporting Save Orangutan caps and waving posters.

The culmination of this event was the 'Conservation and Green Night'. This is where the children had a chance to show what they had learned over the previous couple of days by performing a presentation. The presentation had to be performed via music or art so we saw all sorts from songs to poems and dance to theatre. This was done to make the lessons fun and to ensure the information was easily consumable and relatable so the children could spread the message in their own words to their local community.