Taking to the Sky to Track Released Orangutans

Our project to incorporate drones into our release and monitoring programme has taken another step forward recently.

Between 4th and 13th April 2016 a drone workshop was held at our orangutan sanctuary in Indonesia. The workshop was lead by Dirk Gorrisen with help from Frank Sedlar and aimed to see whether drones could be used to significantly reduce the time it takes to locate a released orangutan. As it currently stands, a small tracking beacon is implanted into the neck of the orangutan and they are traced on foot with the use of handheld antennas. Unfortunately, the range of the beacon is relatively small and when you are searching such a vast area, combined with the signal disruption of the rainforest, the whole process can be exhausting, time consuming and extremely labour intensive. With the use of drones, we should be able to lift the antennas up and over the rainforest canopy and scan a large area in a relatively short period of time. 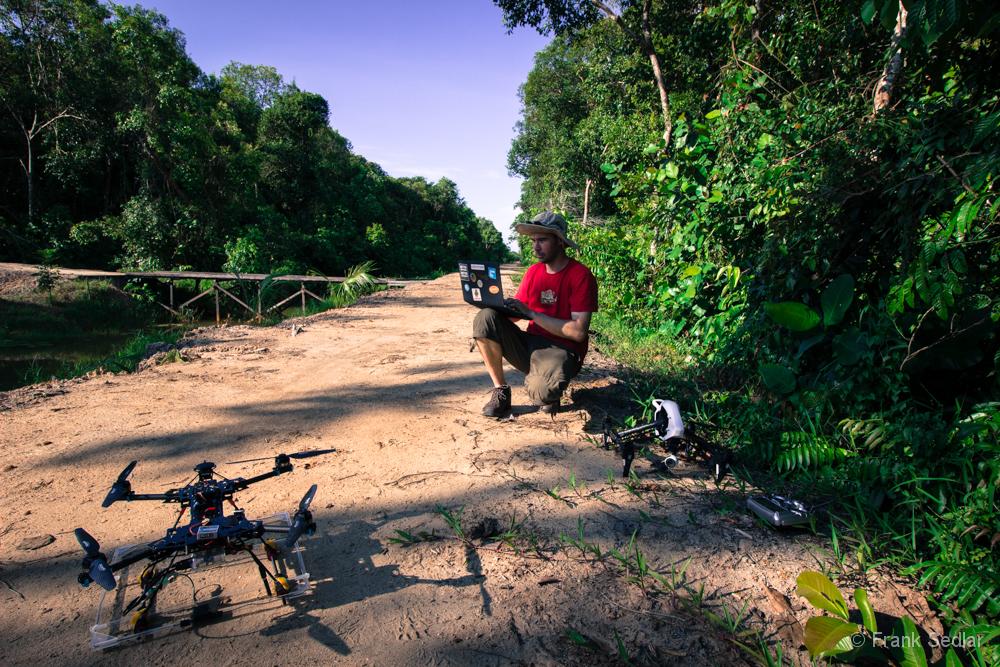 During the workshop two types of drones were used, a rotary wing and a fixed wing. A rotary wing can take off and land vertically which has huge advantages when operating in a rainforest environment, however it also has a much shorter battery life. On the other hand the fixed wing has a greater battery life and can scan a large area of rainforest quite quickly. Unfortunately the fixed wing's design is similar to that of a plane, so it needs a flat, open area to take off and land - which can be quite hard to come by in the rainforest. 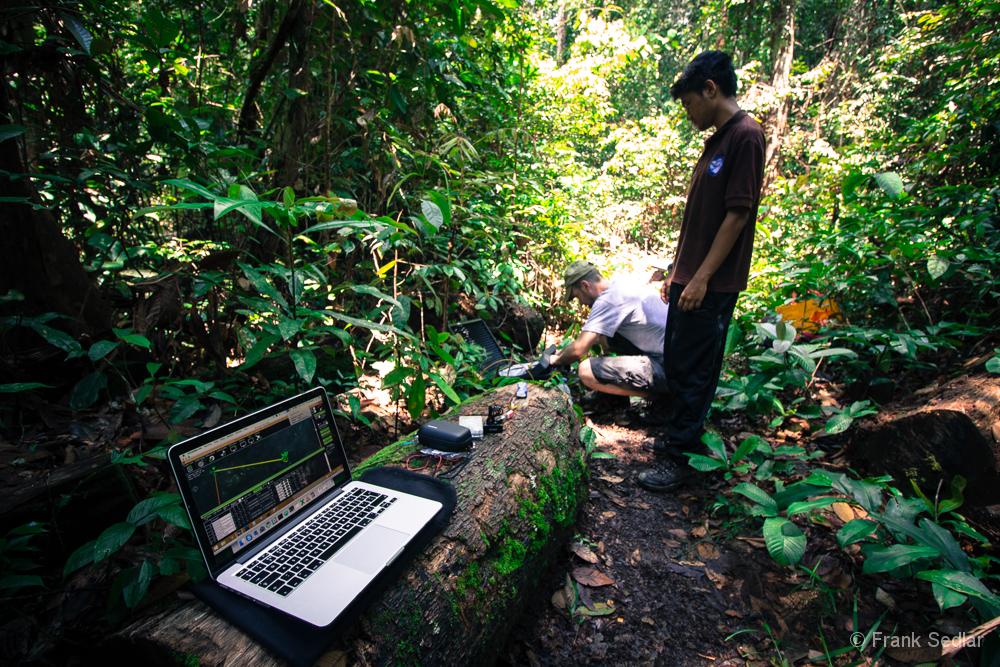 In practice the results were good, when comparing the drone data to that of actual GPS positions from orangutans at our centre, we found they were very similar. However the fixed wing drone suffered a software malfunction on one of its flights and fell to the ground. Fortunately the computer had saved its last position in the flight record, so the rotary wing was sent out to search and the drone was recovered with little to no damage.

On 10th and 11th April the drones were taken into the field to see how they would perform under real conditions searching for a monitored orangutan in Gunung Tarak, a protected area we use as a release site. The drones were looking for a signal from Prima's transponder, an orangutan who was released in this area in June of 2014. Regrettably the drones were not able to pick up a signal from Prima. This could be for many reasons including the rainforest being too dense, the contours of the rainforest landscape blocking the transponder signal or just simply that Prima was out of reach (the drones only have a 2 kilometre range).

In spite of the disappointment at not locating Prima, everyone who took part in the testing agreed that the results were extremely encouraging. We predict exciting times ahead in the use of drone technology to track orangutans that have been returned to freedom in the forest.