International Animal Rescue Saving animals from suffering around the world
Home » News » Rescue centre in Indonesia works round the clock to care...

Staff and volunteers at a primate rescue centre in Indonesia are working round the clock to care for more than 200 slow lorises confiscated from illegal wildlife traders. The rare nocturnal primates were seized by the Indonesian authorities and delivered to the International Animal Rescue (IAR) primate centre in Bogor, Java. The centre is funded by donations from the British public via IAR’s UK head office.

The two hundred and thirty-eight slow lorises had been poached from the wild in Sumatra and were destined to be sold in one of the exotic pet markets in Jakarta. They were discovered by officials from the Indonesian Natural Resources Conservation Agency (BKSDA) who arrested the smugglers and delivered the seized animals to the IAR centre. The confiscation is the largest ever recorded of slow lorises and follows two other seizures in Java within the last two months. 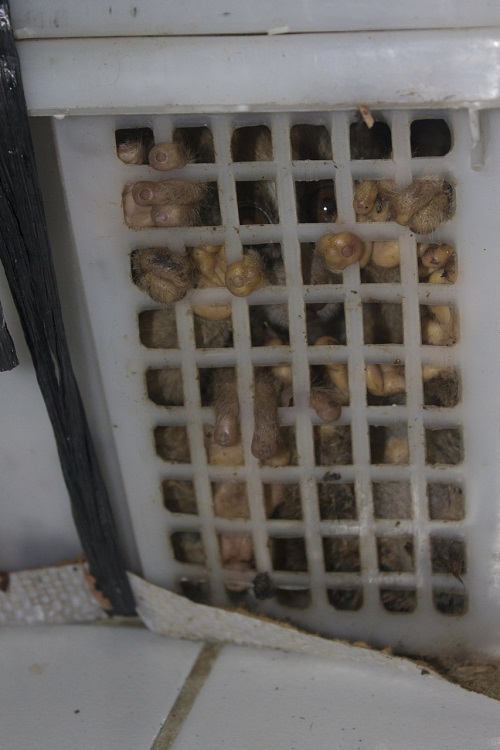 These endangered primates had been crammed into tiny crates

Dr Karmele Llano Sanchez, who is leading the team caring for the lorises, said they had been crammed in small crates and were suffering from starvation and suffocation.  She explained: “These endangered animals are transported for long distances in awful conditions:  they suffer terribly and some don’t even make it to the markets: perhaps they are the lucky ones. Those that do survive have their teeth cut and are sold to people who want a loris as an exotic pet”.

The illegal pet trade in slow lorises is rampant. IAR’s Primate Rehabilitation Centre is now caring for almost 400 of them, obtained from recent confiscations and private owners who have surrendered their pets.

On arrival, the International Animal Rescue medical team examined the confiscated primates and found that many were suffering from stress-related illnesses, dehydration, malnutrition and dental problems. Six lorises were already dead on arrival at the centre. “Many of these slow lorises will require immediate medical treatment to nurse them back to health” Dr Sanchez added. The goal will be to begin, as soon as possible, a systematic release process for the fit and healthy ones.”

Alan Knight, Chief Executive of International Animal Rescue, congratulated the Indonesian government on their efforts to conserve the threatened slow lorises, adding that the confiscations show a real commitment by the BKSDA to tackling the trade and enforcing the law. Mr Knight also explained that the centre, which was previously at maximum carrying capacity, had had to expand its facilities in order to accommodate the large numbers of recently confiscated lorises. “We have a vet team of six vets, three vet assistants, two vet students and 14 keepers looking after the lorises,” he explained.  “We also have a team of ten biology students helping out for some hours during the week, plus two small teams are out in the field identifying and preparing release sites for those lorises that are healthy enough to be returned to the wild.”

Slow lorises are small-bodied nocturnal primates found throughout South-east Asia that are threatened by habitat loss, the illegal trade for pets and traditional medicine. Slow lorises are listed on Appendix 1 of CITES thereby prohibiting any international trade. Furthermore, as stated by Indonesian law, the capturing, selling, or keeping of slow lorises is punishable by up to five years imprisonment and a fine of up to USD 10,000. However, despite their protected status, slow lorises remain one of the most heavily traded primates in Indonesia. 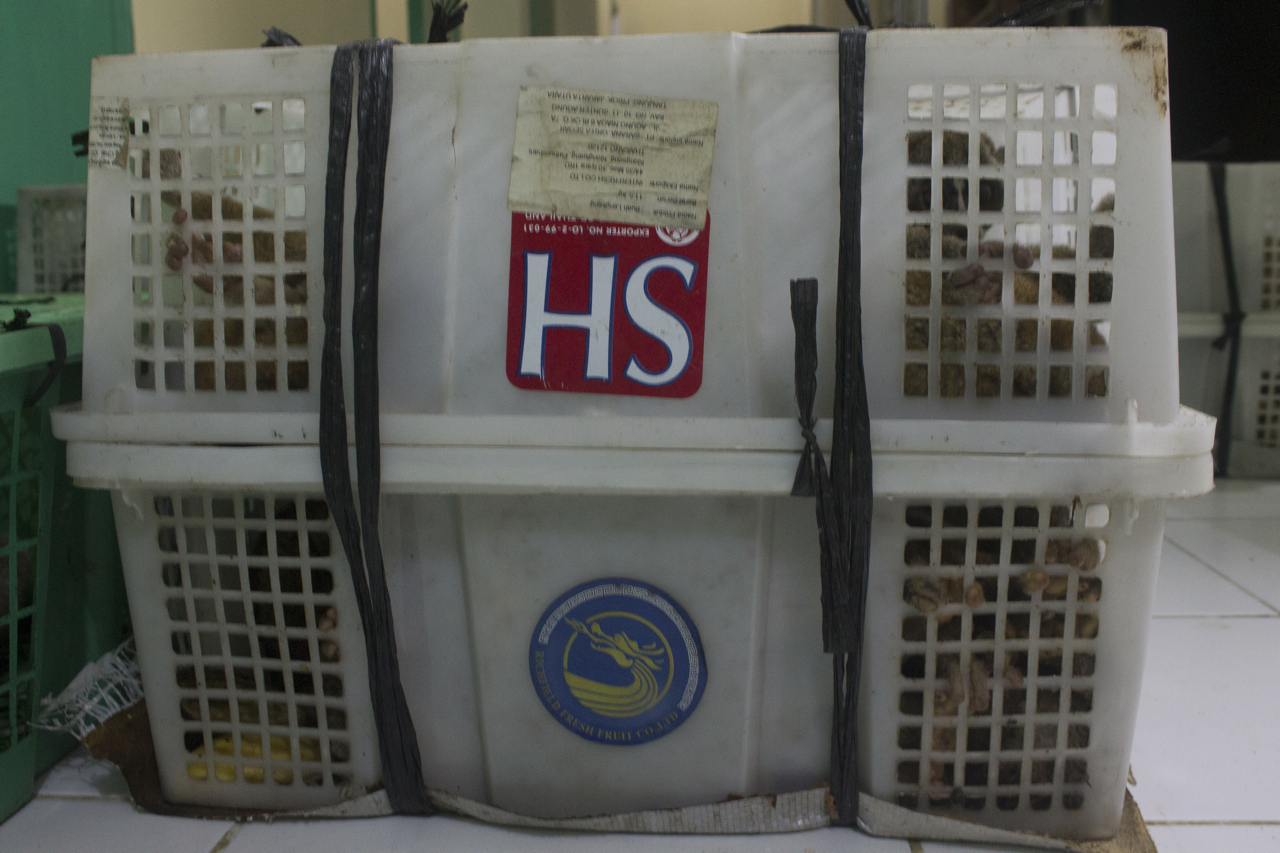 Stacks and stacks of captive slow lorises arrived at our centre

Further notes on the confiscation:

- Six lorises died during transportation, probably from suffocation.
- Many of them were found in very poor condition, dehydrated, with diarrhoea, respiratory problems and also dental problems.
- Many of them had their teeth clipped. Some of them had very bad dental infections. These will need further dental treatment and surgery and extractions of the clipped and fractured teeth.
- A few boxes only contained babies. They had been separated from their mothers. At the moment these 11 babies are all in one cage, and the bigger ones seem to be taking good care of the smaller ones.
- Some other mothers that were found with their babies, had rejected the babies. These mothers are under a lot of stress.
- Four mothers are with their babies, and they all seem to be doing fine.
- At least two mothers have given birth to premature babies, this is also a consequence of stress.
- Some of them had wounds probably caused by fighting with each other.
- 13 lorises have died so far and a few of them are in critical condition and under veterinary care in the clinic.
- There are currently 30 lorises on daily treatment under the vets’ supervision.

For more images of the rescue, please visit our Facebook page.