A team from our Primate Rescue and Rehabilitation Centre in Bogor, Java, along with local wildlife officials and volunteers, have returned ten slow lorises to their natural habitat in the Mount Sawal Wildlife Reserve in Ciamis, West Java.

The release was carried out on 18 February by a team from International Animal Rescue Indonesia and the Centre for Conservation of Natural Resources West Java (BBKSDA).

"The number of slow lorises released this time consisted of five males and five females. These lorises were surrendered by the general public to BKSDA and directly to IAR Indonesia through our ‘Return Your Loris’ Portal at  www.kukangku.org" said IAR Indonesia Veterinarian, DVM. Nur Purba Priambada familiarly called Purbo.

The ten protected primates had been restored to health and completed a period of rehabilitation at the IAR centre. Lorises spend between six months to a year undergoing rehabilitation at our centre at the foot of Mount Salak. 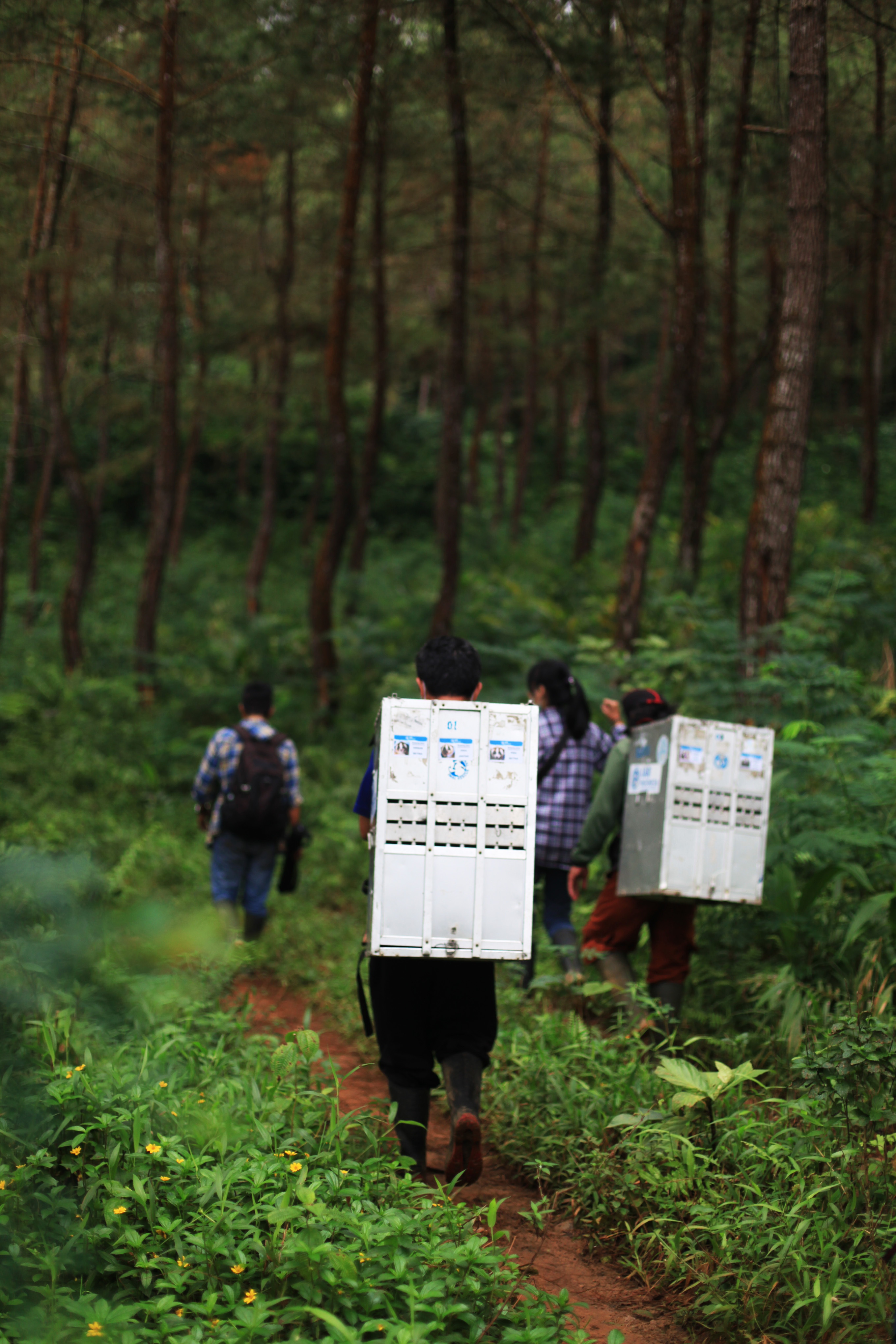 "The initial condition of the lorises when they were first rescued was alarming,” commented Purbo. “Some of them were emaciated and others, such as Puntang and Bidang, were suffering from nasty injuries.”

Female loris Puntang was rescued by IAR’s team from Bandung, West Java, in 2016. Puntang was suffering from severe injuries to her right hand, possibly after being caught in a snare. Sadly the medical team was forced to amputate one of her fingers to prevent the spread of infection. However fortunately Puntang still exhibited wild behaviours and her teeth were intact so she was a good candidate for release after her speedy recovery from the amputation.

Male loris Bidang was surrendered by the local community to BKSDA Ciamis and then entrusted to IAR Indonesia for rehabilitation. Initially he was in very poor condition after suffering electric shocks to his chest, abdomen and hand. However, after undergoing intensive care, eventually he too returned to health and was also deemed suitable for release back into the wild.

"All the slow lorises are now ready to enjoy their life in their natural habitat. We hope they will adapt well to living as wild lorises and forming part of the Critically Endangered population of Javan slow lorises in the region," Purbo added.

The Head of the Centre for Conservation of Natural Resources in Ciamis, Himawan Sasongko, explained that the reintroduction of Javan slow lorises in the Sawal Mount Wildlife Reserve is one of the many efforts to support the ecological processes in the region, as well as to maintain and increase the population of endemic primate species whose numbers are declining. Since 2014 IAR’s team has joined with the BKSDA in Ciamis to release 25 lorises in the Mount Sawal Wildlife Reserve. 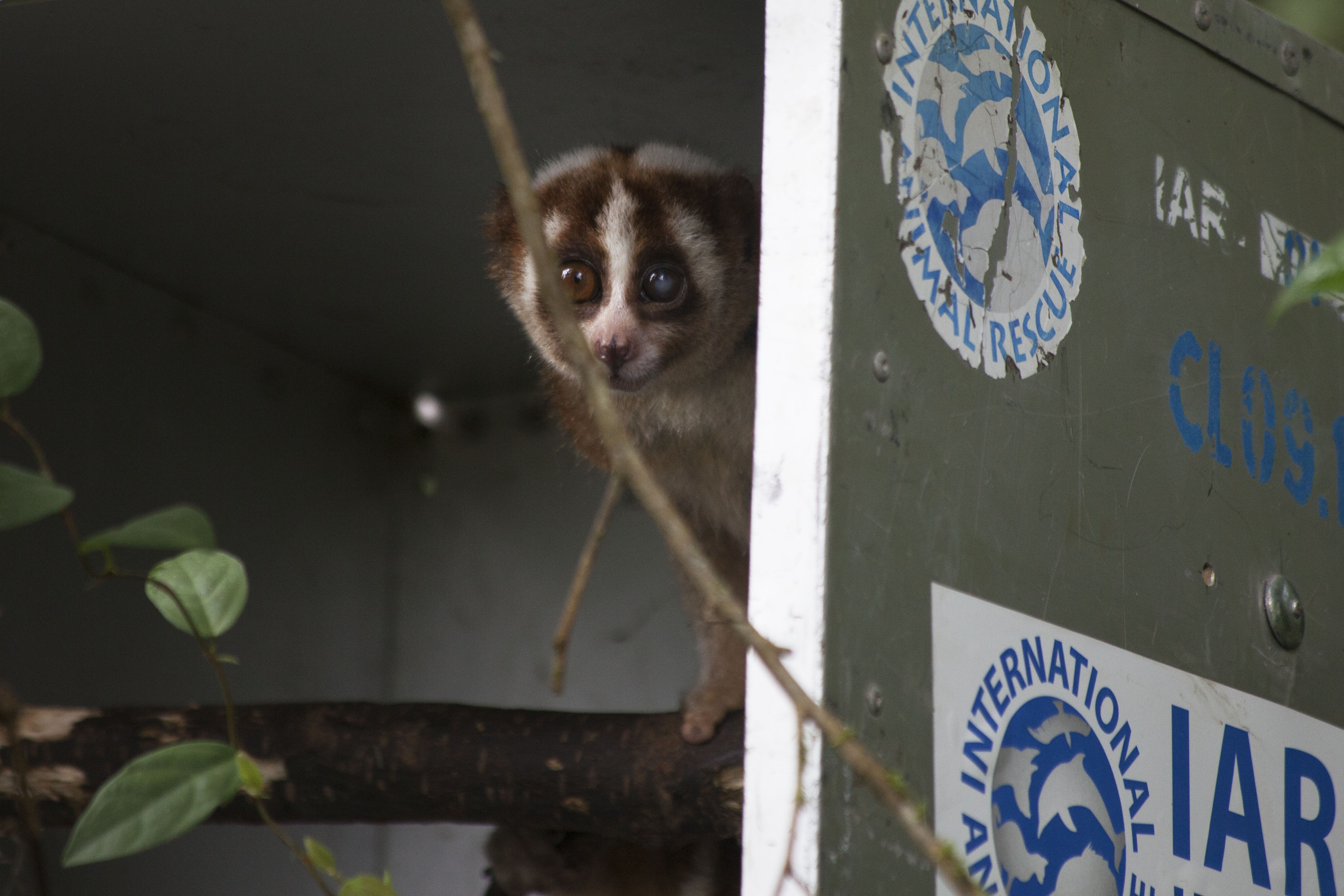 Himawan added that the slow loris ecosystem serves to maintain the diversity of all native species in the region. Wild slow lorises also help to control pests in areas of crops and their surroundings.

"The activities to protect slow lorises and preserve habitat in the Sawal mountain area are closely linked to the role of Conservation Cadres who actively promote the importance of wildlife conservation to the community. These efforts create a sense of responsibility and awareness that wildlife and natural habitat conservation is achieved by letting it thrive and not by hunting or destroying it, "said Himawan.

He added that he hoped in future the Mount Sawal Wildlife Reserve would play a role in supporting conservation education at both basic and advanced levels on the importance of studying the ecological processes and their benefits. "This is our challenge for Ciamis region and beyond," he concluded.