Our International Animal Rescue team in Indonesia have just carried out the rescue of a two year old female orangutan called Bonita.

Our forest monitoring team in Permatang Gadung were working on the border of Padang Bunga. They received word from the workers of a mining village that a Chinese man who lived north of Pontianak was trying to sell his illegally kept orangutan as he was soon to leave the area. He had originally purchased the young orangutan from a hunter who had killed and eaten the mother and then captured and sold the baby.

We have very little information about how long she was kept or what she had previously been fed. However she appears to be quite attached to humans and has marks around her neck that show she must have spent time chained or tied up. Her skin and hair are dull but her first round of medical tests indicate that she is in good health. 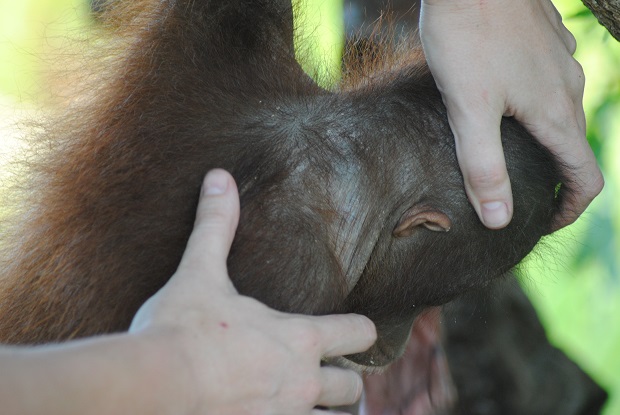 Bonita had marks around her neck, suggesting she had been tied up before the IAR team found her

She does have some tree climbing skills, which should greatly improve once she finishes her quarantine period and can join the other young orangutans in baby school. 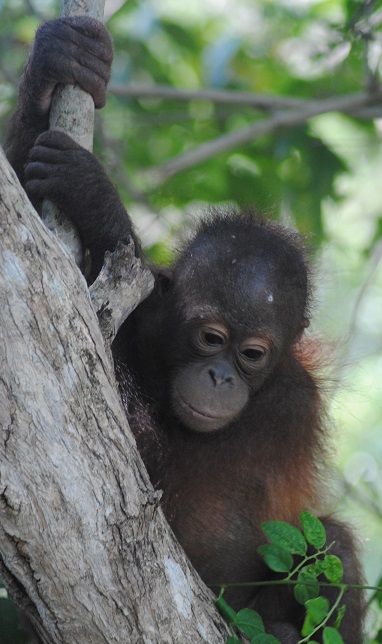