Our team in Indonesia have released three orangutans into a national park in West Kalimantan after they were driven out of the forest by massive land clearance operations to make way for agricultural plantations. News of the orangutans’ translocation has been released on World Wildlife Day to send out a strong message about increasing threats to the survival of Critically Endangered orangutan populations.

A team from IAR Indonesia joined with Gunung Palung National Park (GPNP) and members of the BKSDA (Conservation of Natural Resources) in West Kalimantan to release the three orangutans (Pongo pygmaeus.)

The released orangutans are called Brown, Kokom and Zola. Zola was rescued by IAR’s team and the local Forest Department on 30 January this year.  Brown was rescued on 27 December 2016 from a village not far from IAR’s rescue centre in Sungai Awan, Ketapang and female Kokom was rescued on 30 November from a rubber plantation owned by residents in Sumber Priangan Village, Nanga Tayap District. She was found with a rope around her neck, suggesting she had been kept in captivity, perhaps as a pet, and then set free. 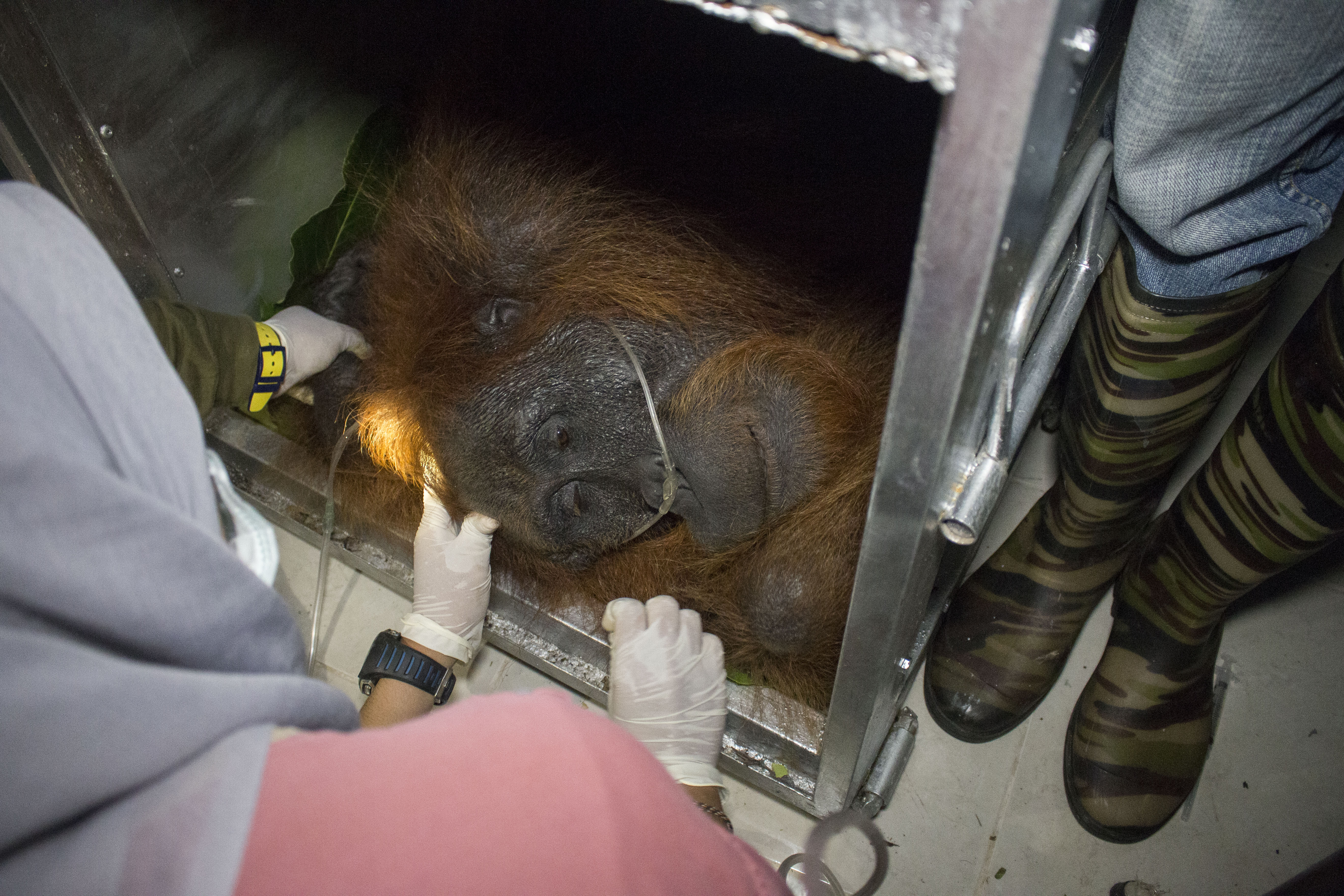 The three rescues indicate that the orangutans’ habitat is being increasingly squeezed by massive forest clearance for industrial-scale agricultural plantations.

Karmele Llano Sanchez, Programme Director of IAR Indonesia, said: “Orangutans are declining very fast and their forest is disappearing rapidly. We feel thrilled to be able to release these three orangutans back to the wild but we know there is still an enormous amount of work to do if we want to save orangutans from extinction. The help of all our supporters is crucial if we are to win the battle.”

Before the release operation could begin, the three orangutans were all sedated, given a final medical check up and put safely in individual transport cages.

"We've checked all the orangutans thoroughly to ensure they are fit and ready to return to their natural habitat," said IAR veterinarian Ayu Budi Handayani. Once the orangutans had come round from the sedation, the team set off by car to the boundary of the National Park. From that point, the journey from the edge of the forest to the release site involved transporting each orangutan in its crate on the back of a motorbike, followed by a three hour walk. A total of 12 local men acted as porters to help carry the orangutans. 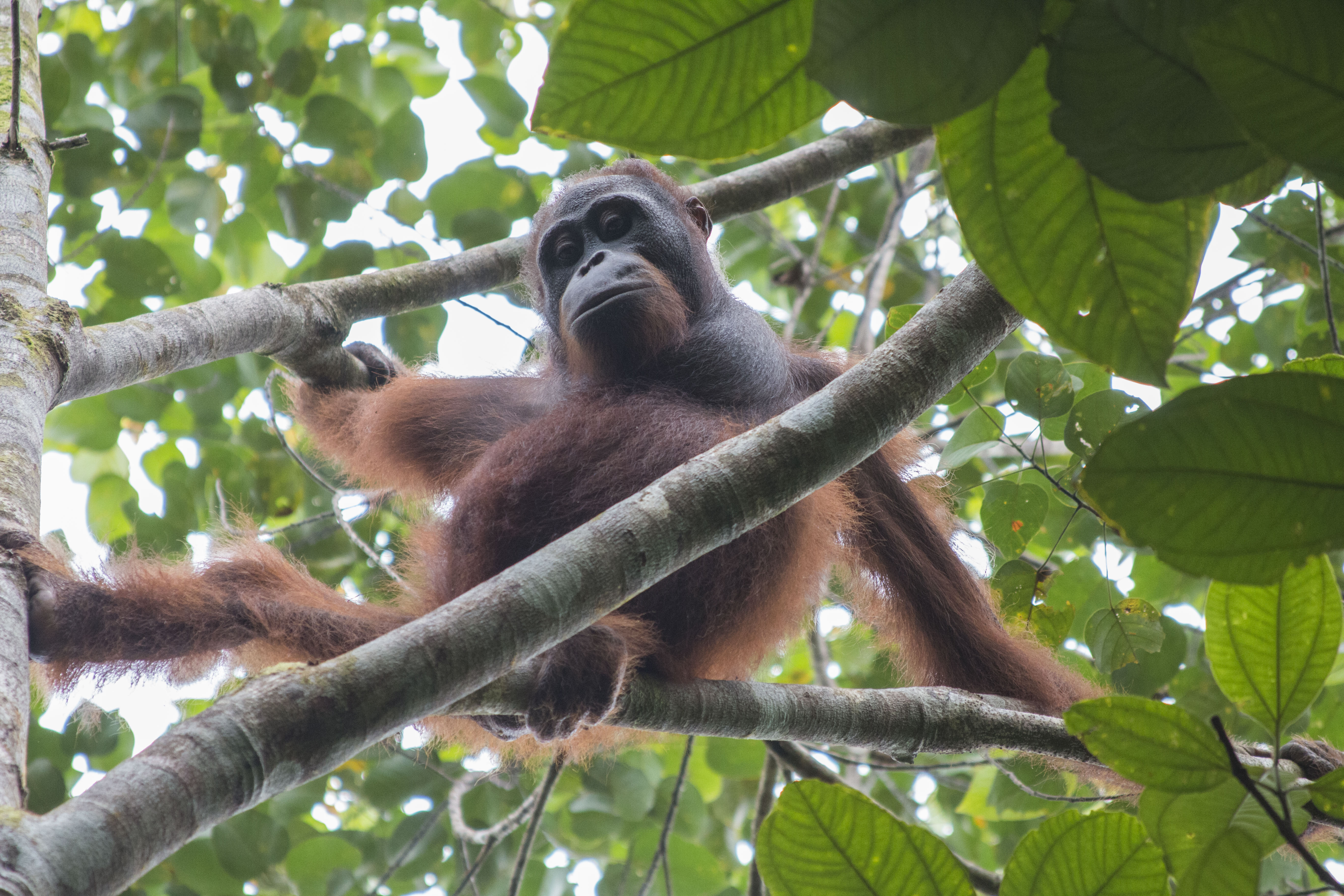 The orangutans were released at adjacent points in the forest. When their cage doors were opened, the three animals immediately shot out and quickly climbed up into the trees.

The release site had been chosen because it is located in the Gunung Palung National Park and the orangutans should not come into conflict with humans there. In addition, survey results confirm that there is a plentiful supply and variety of food for the orangutans. When releasing orangutans it is important to ensure that there is enough food for them in the new location to prevent them from having to compete with the existing orangutan population in the park.

"There is tremendous pressure on wildlife habitats in the forest from a variety of human interests. In spite of its protected status, GPNP is still affected by these activities. Therefore it is vital to gain the support of all parties in protecting the park and the surrounding forest which provides precious habitat and corridors for wildlife, particularly the orangutan," he concluded.