USA - Nat Geo WILD is celebrating Earth Day on 22 April with a whole range of programmes about animals. Among them is “Operation Orangutan” which follows the team at our Rehabilitation Centre in West Kalimantan (Indonesian Borneo) as they work to save the lives and build a future for nearly 70 orangutans. The one hour special demonstrates the hours of patient coaching and care the baby orangutans receive from IAR’s team of vets, volunteers and babysitters to set them on the road to freedom.

“OPERATION ORANGUTAN” shows how the orphaned babies are taken to the forest every day to build up their strength and develop the skills they would have been taught by their mothers in the wild. They attend one of two classes: Baby School for the very young ones who must learn what a forest is and how to climb a tree. Once they’ve made the grade, they move onto Forest School, an advanced class where they learn to be more independent, finding food for themselves and building nests to sleep in at night.

The project is managed from the UK by CEO Alan Knight OBE. “The future of the orangutan in Borneo hangs in the balance,” says Knight. “Destruction of the rainforest to make way for oil palm plantations and other agriculture is leaving orangutans and other native wildlife without food and shelter. Our team in Indonesia is working round the clock to rescue orangutans being kept illegally as pets or left stranded when their habitat is destroyed. The Nat Geo documentary is a fantastic opportunity to raise awareness of the plight of orangutans in Borneo and show viewers the wonderful work our team is doing to save them.

“It’s a captivating film, beautifully narrated by actress Miranda Richardson.  It was well received in the UK and Europe and I feel sure that American viewers will be equally enthralled by the orangutan characters that star in it and will be moved to support the work we’re doing to help them.” 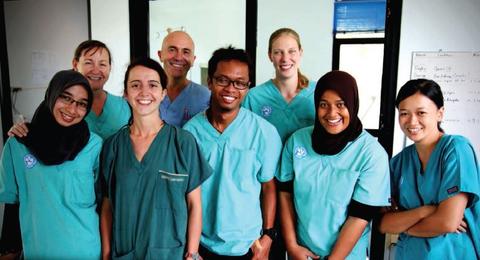 The project is led by Spanish vet Karmele Llano Sanchez and her Scottish manager Gail Campbell Smith. Both women have years of experience in primate rescue and rehabilitation. Karmele’s Indonesian husband Argitoe leads the Orangutan Rescue Team. American-born vet Christine Nelson oversees procedures in the medical hub, as well as running the Baby School. British-born Lisa Burtenshaw is enrichment co-ordinator and works on teaching the orangutans the skills their mothers would have taught them in the wild.  The team of vets and carers also includes many local men and women dedicated to preparing the rescued orangutans for their life back in the forest.

Best friends Rocky and Rickina are two of the centre’s most charismatic characters. They are always found together, hugging each other closely and staying glued together even when the babysitters lift them into the trees and onto the feeding platforms. Baby Rickina bears the scars of an attack with a machete that killed her mother. She was left with a nasty gash on her forehead. Both babies are making progress and will one day go their separate ways in the wild. 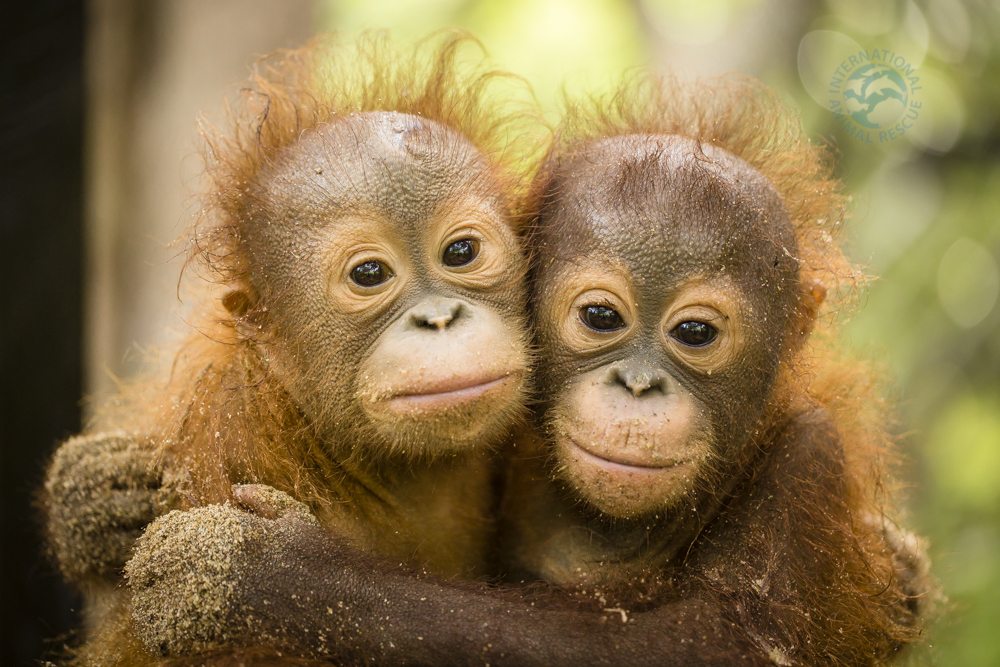 The film also follows the translocation of wild adult male orangutan Kaliba. The release operation requires careful planning and coordinating if it is to go smoothly. First Kaliba is sedated and given a thorough health check. He is then put into a transportation cage and driven to Mount Tarak, 12 hours’ drive from the centre in Ketapang. Viewers will watch in awe as the team releases Kaliba back into the forest.

Rescued from almost certain death, Kaliba’s return to the wild paves the way for more from International Animal Rescue’s rehabilitation centre.   It may take years, but Alan Knight and his team are working to release every orangutan currently in Baby and Forest School back into their rightful home back in the wild.