There has been a flurry of slow loris rescues performed by our Indonesian team (YIARI) in the last month. The first of which occurred on 7th August with the surrendering of two lorises to the Natural Resources Conversation Agency (BKSDA), who then entrusted the care of the lorises to our team at our Primate Rescue Centre in Ciapus, on the island of Java.

The lorises are mother and child and are called Panpan and Cipan respectively. When taken in to YIARI’s care they immediately underwent a medical examination. According to the results Panpan’s dental condition is very poor, due to the clipping of her canines and frontal molars. This also resulted in a worrying loss of appetite which persisted during Panpan’s entire stay with her ‘owner’, which was said to be about three months. The results of Cipan’s examination showed a case of conjunctivitis, an infection of the eye that causes swelling and redness. Cipan underwent immediate treatment and after two weeks the redness and inflammation has reduced. 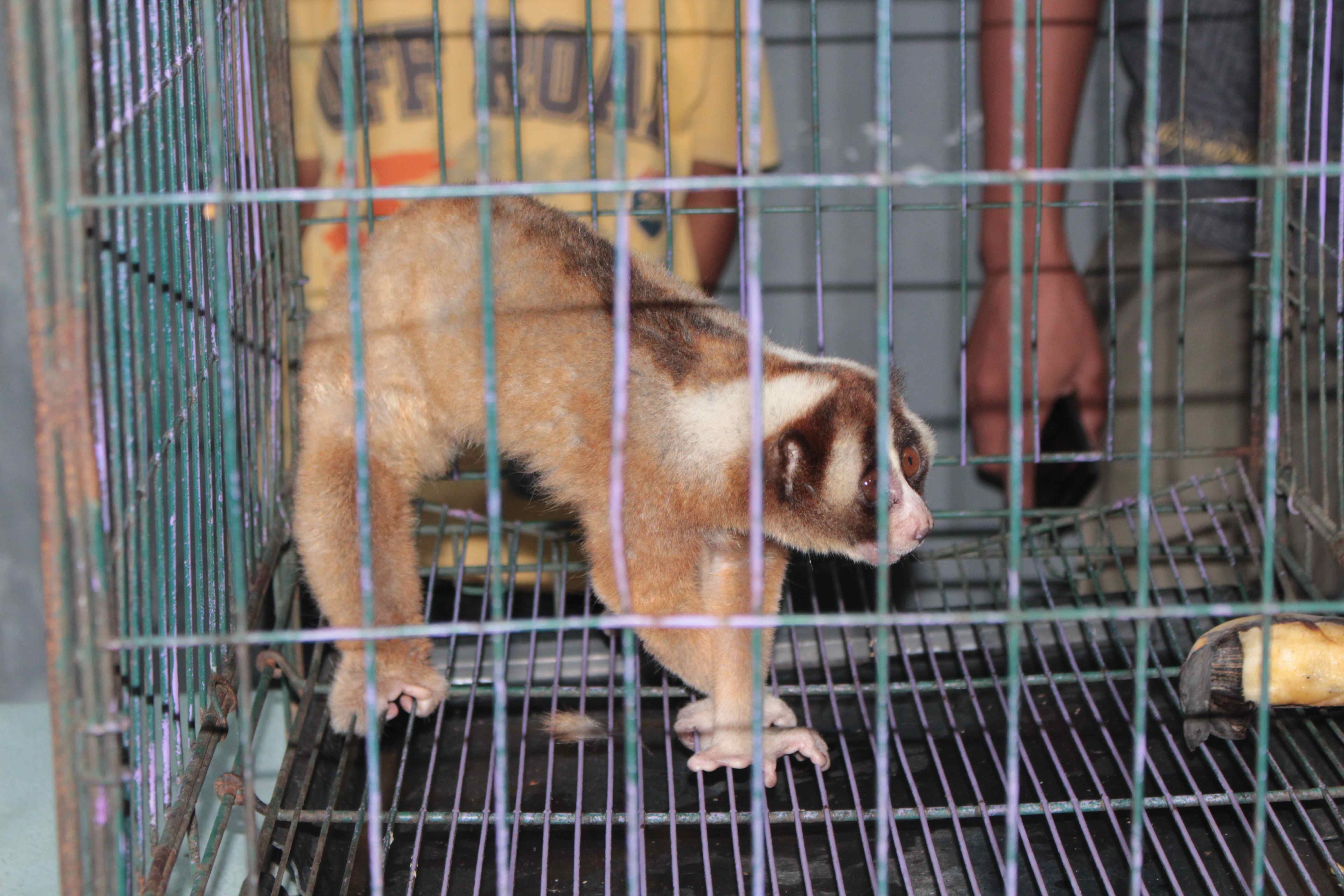 The following day the team received the news of two more slow lorises who had been turned in to BKSDA and on 11 August they set off to pick them up. They were two male Javan slow lorises called Kokom and Iwake. As with the previous pair, they went for an immediate medical examination. The results showed that although Kokom’s teeth were intact, he was suffering from a number of other ailments including bald patches, behavioural issues and even air rifle wounds in multiple places. 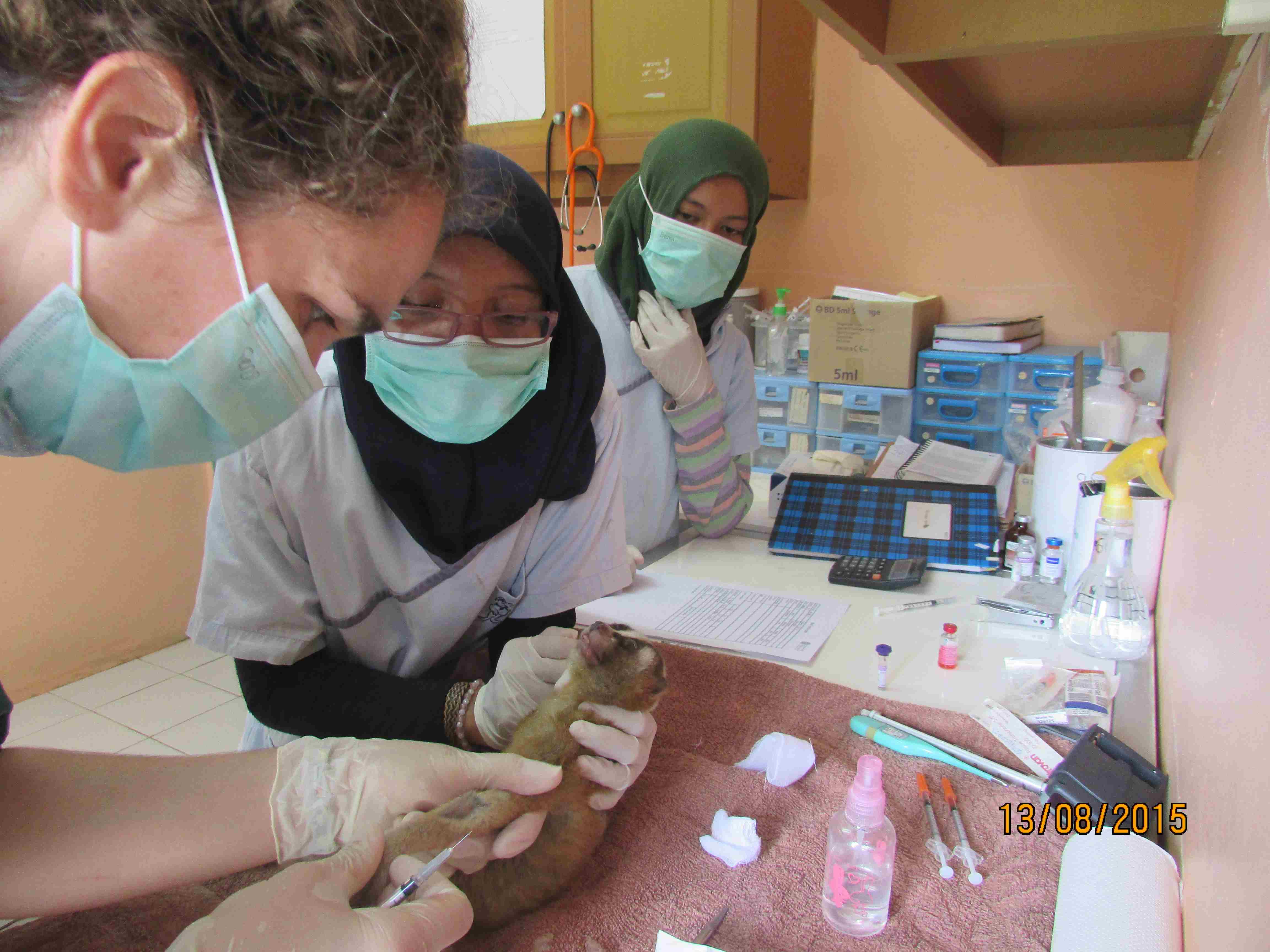 Kokom is to be kept under observation and will receive further medical treatment and rehabilitation until he is fit for release. Iwake on the other hand was in much better physical condition and displayed very similar characteristics to those of a wild loris. Therefore, Iwake was immediately translocated to the habituation enclosure on Mount Sawal to adapt to the wild conditions before his release.

Finally, on 12 August our team took in another slow loris from BKSDA called Tara (pictured receiving her check up). Once again she underwent a medical examination and, much like Iwake, her teeth were intact and she showed no signs of mutilation or behavioural abnormalities. Tara is undergoing rehabilitation and will be released back in to the wild very soon.