In August our team in Ketapang, Indonesia, took into care a tiny baby orangutan named Gatot. The tiny orangutan was apparently found in the forest by a man out looking for firewood. He heard the sound of crying and this led him to Gatot. He took him home and kept him as a pet for almost two months, treating him like a human baby and feeding him on baby milk. Eventually our team was alerted to the orangutan’s existence and on 10 August a team travelled to the village of Jelai Hulu to collect him. 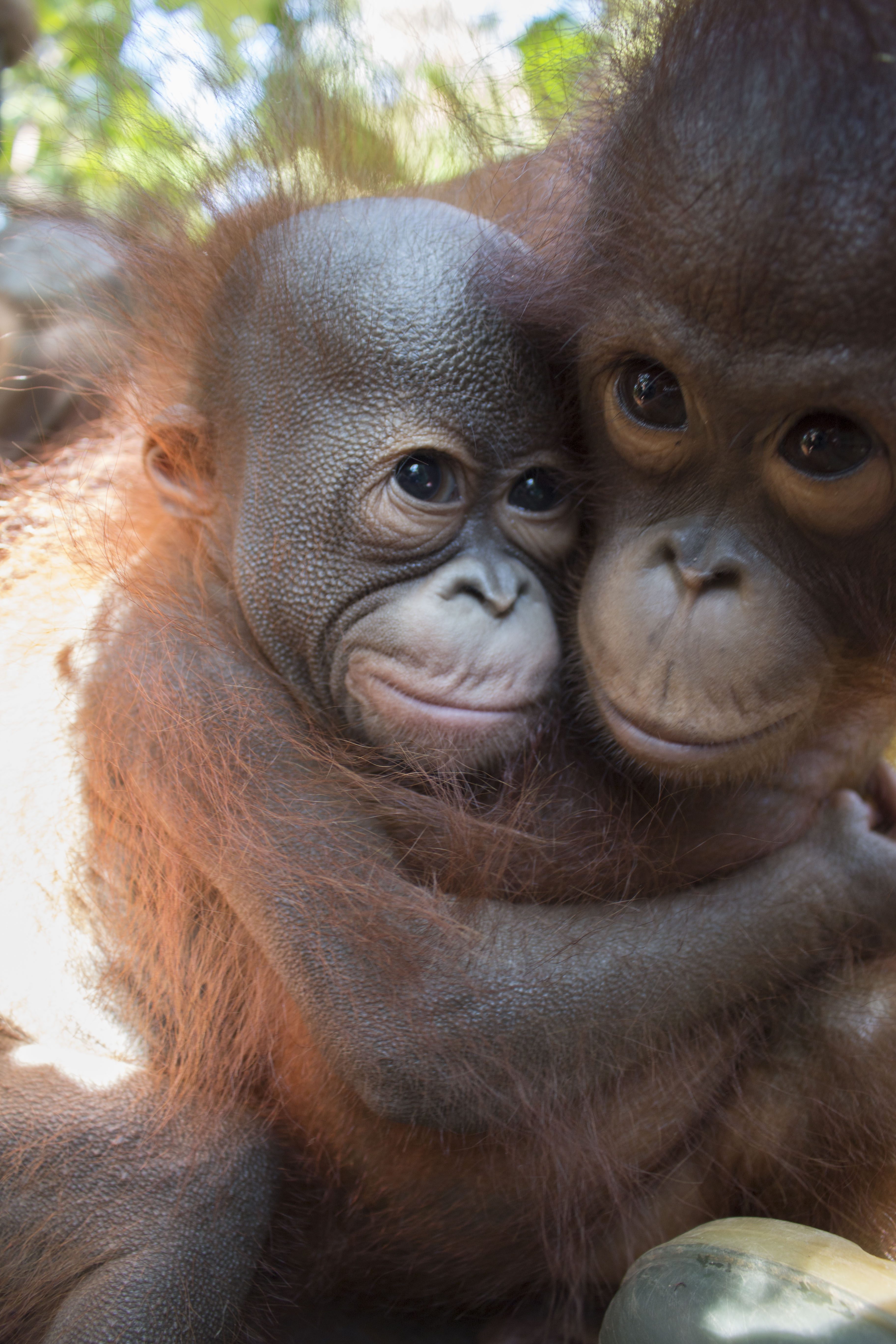 ​Recently Gatot attended his first day at baby school. Vet nurse Fitri introduced him to some of the other babies and at first he was very nervous and frightened. He cried a great deal and tried to cling to Kandi who is also still quite a small baby. However Kandi wasn't too happy to have Gatot clinging to him – perhaps because of the noise he is making. Fortunately Jamila, a young female orangutan, hugs Gatot and tries to comfort him. 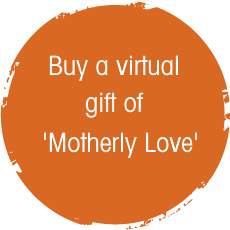 This tiny baby is almost certainly an orphan because his mother would never have simply abandoned him in the forest. Baby orangutans stay with their mothers until they are seven or eight years old. It is heartbreaking to see such a young infant without his mother to comfort and protect him. The good news for Gatot is that he is now in the hands of our expert team and they will give him the best chance of surviving and returning one day to his home in the forest.

Rescued orangutans like Gatot undergo a lengthy rehabilitation process at our centre. While learning basic socialisation and climbing skills in baby school, the apes are constantly monitored by their babysitters who assess their progress to determine when they are sufficiently confident and adept at climbing to move on to forest school. Once in forest school, the orangutans continue to develop natural behaviours such as nest building and generally choose to stay out in the forest overnight. Again they are monitored closely by our team to assess whether they are displaying the behaviours they will need to fend for themselves in the wild. 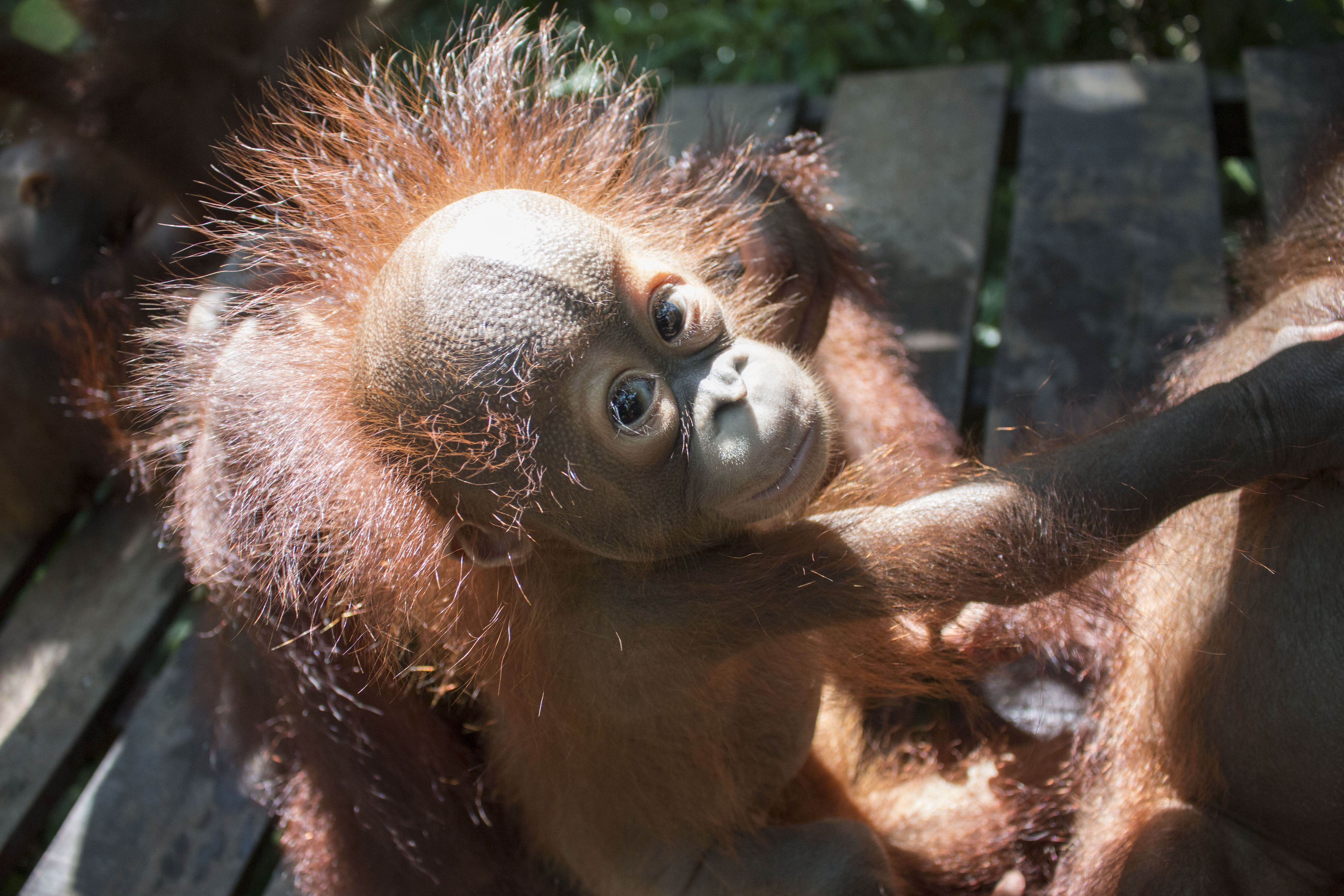 IAR's CEO Alan Knight says: “In July the Bornean Orangutan was reclassified as Critically Endangered by the IUCN (International Union for Conservation of Nature.) Numbers are estimated to have fallen by 50% in the past 60 years. This is a stark reminder of the increasing threats to the species’ survival. Habitat loss and illegal hunting are the main factors behind the rapid decline in orangutan numbers. Our team in Indonesia is tackling the problem on every level, including hands-on rescue and rehabilitation, as well as outreach into local communities and work with government agencies to secure protection for precious forest habitat which is vital if orangutans like Gatot are ever to return to their home.”