On 20 January 2017, the Directorate General for Law Enforcement, Sub Directorate for the Protection and Security of Forests together with the Ministry of Environment and Forestry in Indonesia conducted a confiscation of 19 Critically Endangered Javan slow lorises (Nycticebus javanicus) from an online trader in Cirebon, West Java.

The Head of the Sub Directorate for the Protection and Security of Forests, Achmad Pribadi said that they had received intelligence data about an online seller of protected wildlife residing in Cirebon, West Java. Following this information they took immediate action and arrested one person with the initials AJ (aged 24), allegedly an online trader of slow lorises and confiscated 19 slow lorises, said Pribadi. 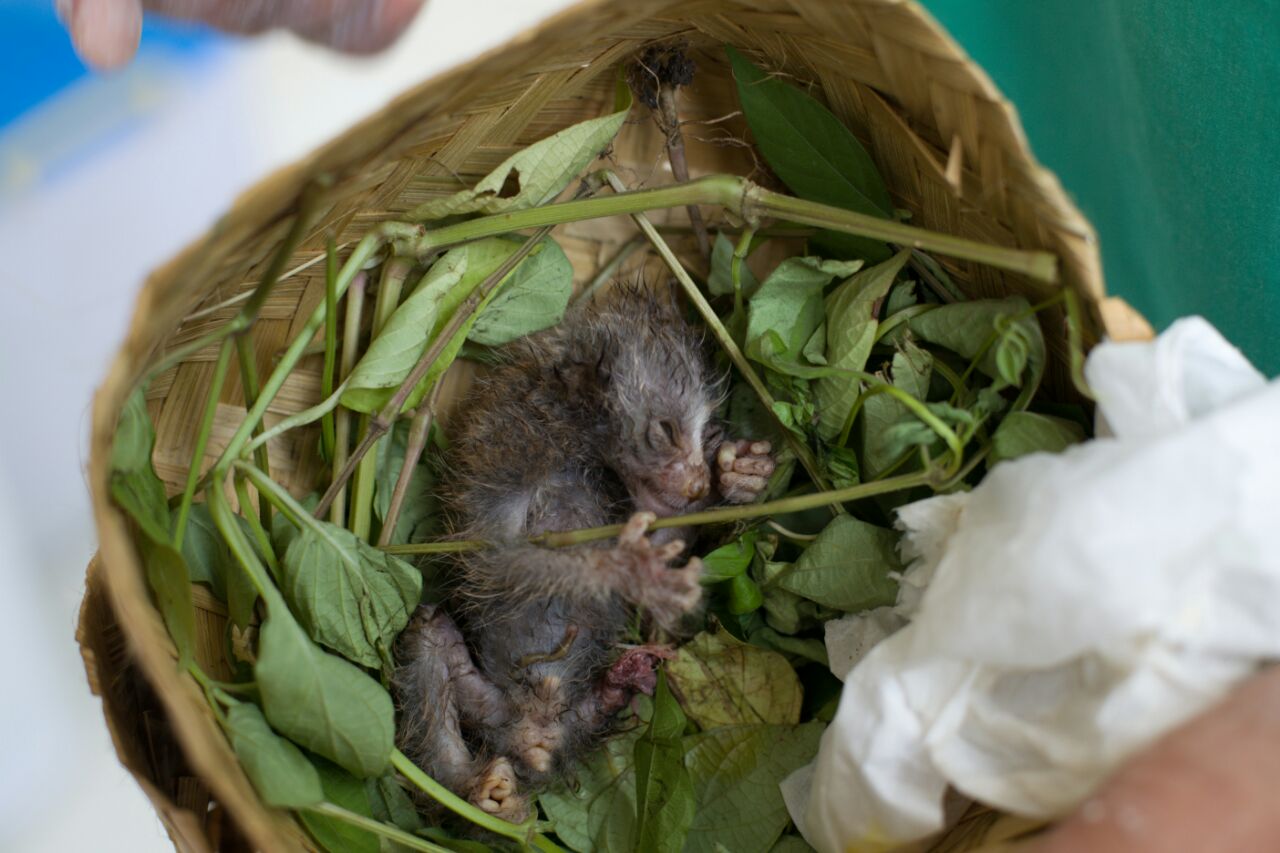 Pribadi added: “Slow lorises have been recognised as threatened by the International Union for the Conservation of Nature and Natural Resources (IUCN) and are included in the IUCN Red List of Threatened Species, which is the most comprehensive inventory of the global conservation status of plant and animal species. If we don’t take immediate action to combat the illegal trade of slow lorises, they might disappear within the next five years.” The Javan slow loris is also considered to be one of the most endangered species of primates, and  has been included in the IUCN red list of 25 most endangered primates in the world in 2014.

“We are sending a strong message to all online traders of wildlife that law enforcement does not tolerate such cases of illegal wildlife trade. Perpetrators can be prosecuted under Act No 5/1990, Article 21 of the ‘Natural Protection Law in Indonesia’  and receive up to five years in prison and a fine of 100 million Indonesian Rupiah (around $7400),” Pribadi added. 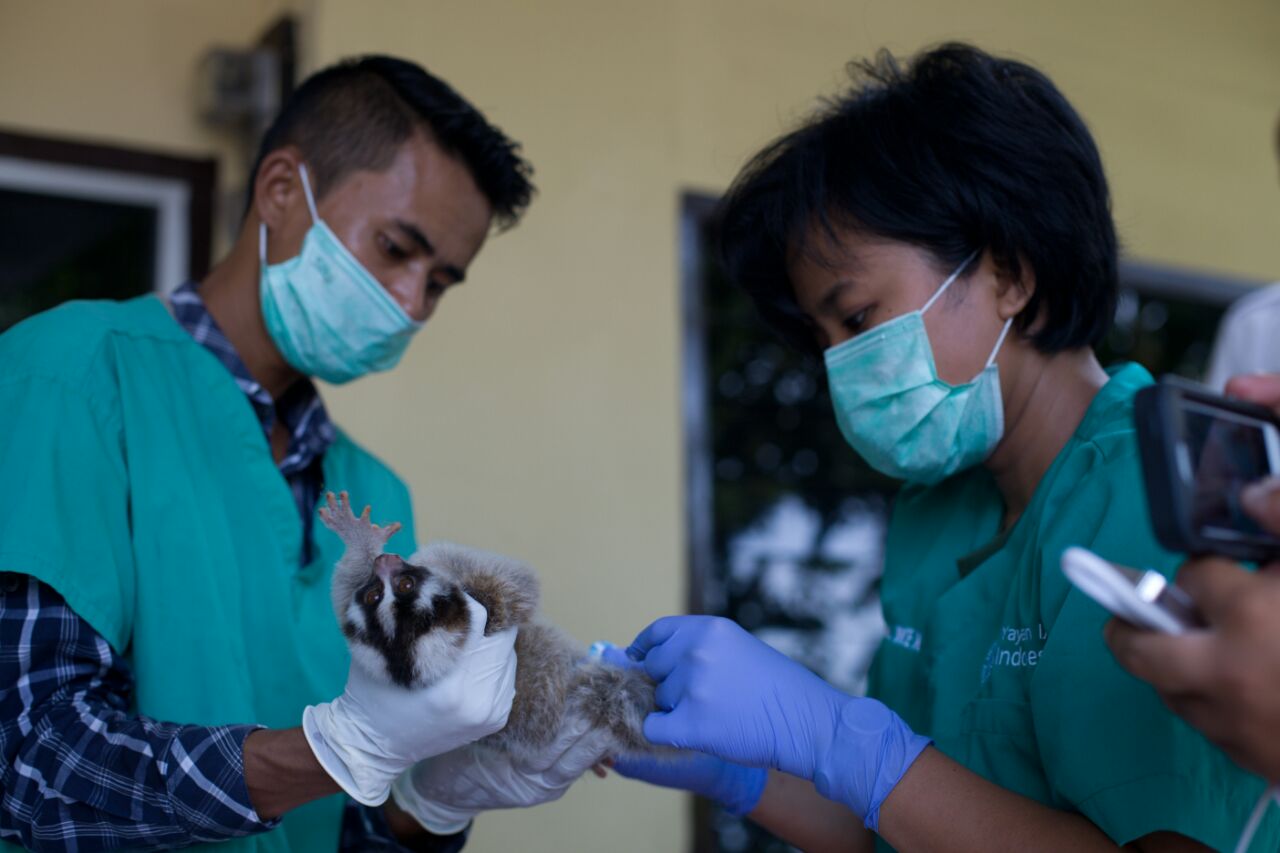 The results of the preliminary medical examination, conducted by the IAR medical team and specialised team of animal keepers, showed that the animals were dehydrated and some of them were suffering from eye infections. However, their teeth, which usually are clipped by traders, were still intact. The slow lorises were then brought to IAR’s rescue and rehabilitation centre in Ciapus. Unfortunately, the newborn baby died on the way to the centre. Head veterinarian Dr Wendi Prameswari from IAR Indonesia said: “The results of the medical health checks show that the animals are all in good body condition and their teeth hadn’t been damaged yet. All individuals show very wild behaviours which suggests that they have been recently caught and have not spent a long time in captivity. We hope that these animals can be returned to the wild, where they belong, as soon as possible.”

The lorises will remain at IAR’s facility until all proper medical check ups and legal permits are obtained before releasing them again into a protected forest.

“Usually mortality rate of confiscated lorises is high,”says Christine Rattel, Programme Advisor at IAR Indonesia. “Traders load the lorises together in small, cramped crates after poaching them from the wild, and this causes them wounds, stress, and sometimes serious medical problems that may even result in death.” Christine adds: “Up to 80% of lorises captured from the wild do not even make it to the markets or the buyers, which means that for one slow loris that someone might illegally buy and keep as a pet, four more will have died in the process.” 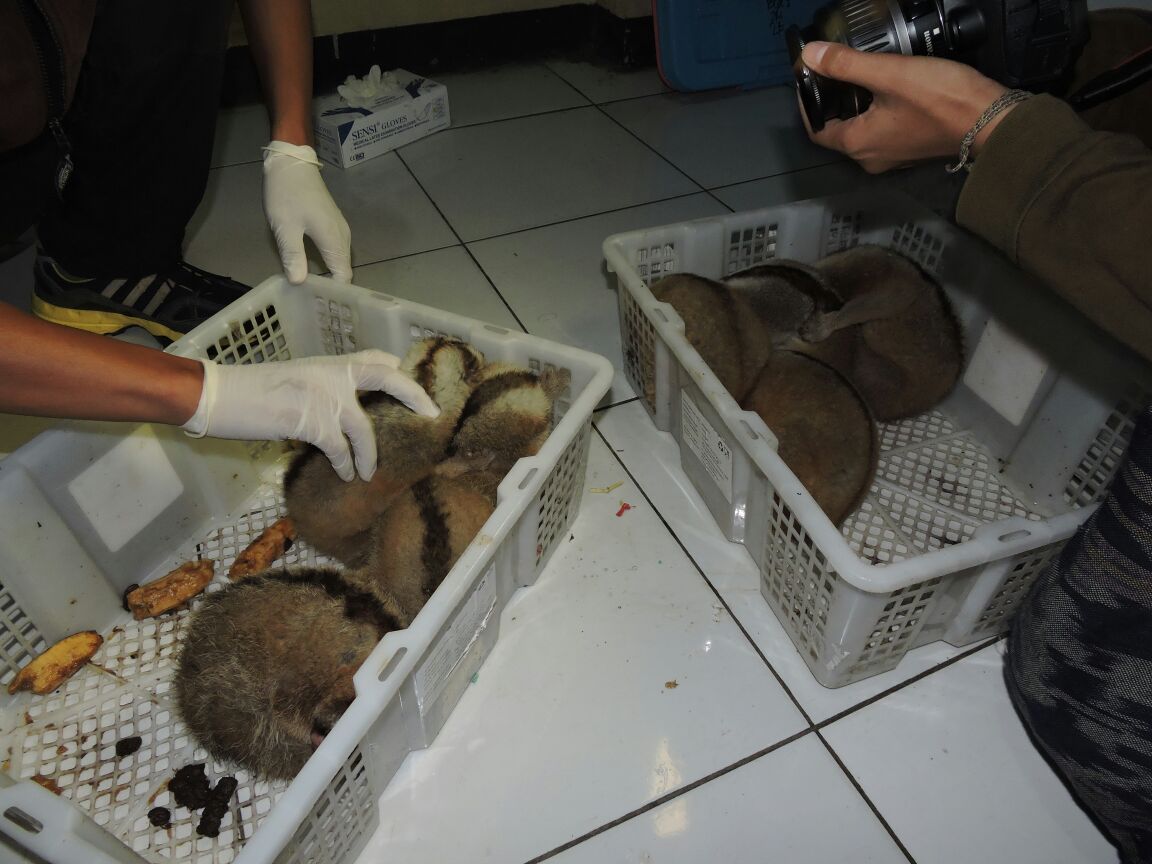 Only one day after the confiscation in Cirebon, on Saturday, 21 January 2017, the police in Majalengka in the province of West Java confiscated another eight Javan slow lorises (seven females and one male) from a hunter who is also a supplier and online trader.

The police arrested him at his house after he had just finished packing the slow lorises into plastic boxes in order to send them to the province of Yogyakarta.

IAR Indonesia runs an awareness and outreach campaign aiming to educate the general public about wildlife trade issues and to encourage people not to buy wild animals as pets. Despite the strong efforts to reduce this problem, and the successes achieved in reducing the open sale of lorises, hundreds of lorises continue to be confiscated and handed over every year to our rescue centres. 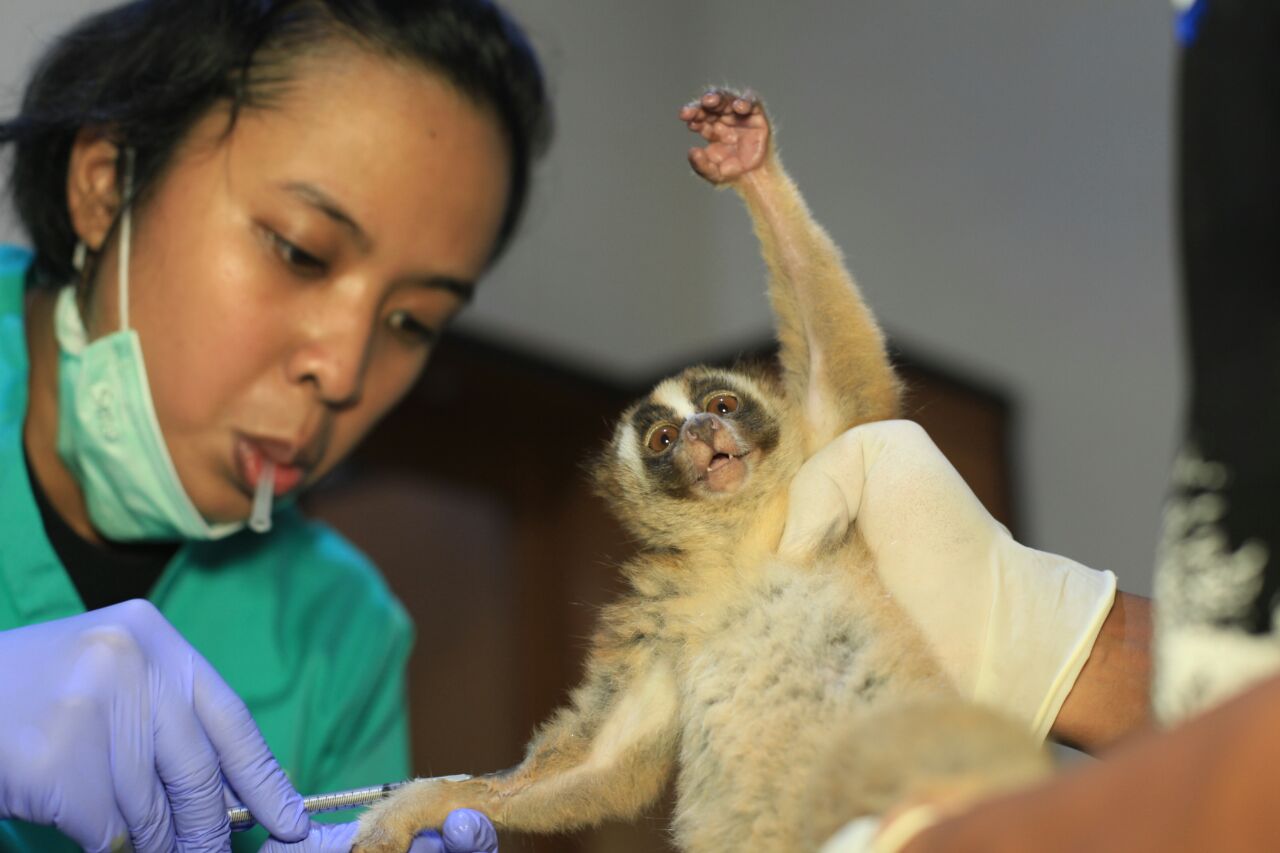 “Online wildlife crime has become the new modus operandi for wildlife traffickers,” says Karmele Llano Sanchez, Programme Director of IAR Indonesia.  “Tackling wildlife cybercrime has become a global issue endangering many species of wildlife and thus we sincerely applaud the efforts of the Ministry of Forestry and Environment and the Police for these very successful operations. Law enforcement efforts are essential to stop wildlife trade.”

Superintendent Roostanto Mada from the police force Majalengka said: “The suspect violated Act No 5/1990 of the Natural Protection Law because he was trading a protected primate species. He caught the slow lorises from the wild and then sold them on social media platforms online.”

The police urge the public to stop buying protected wildlife in order to protect their population in the wild.