International Animal Rescue Saving animals from suffering around the world
Home » News » Twenty Javan Slow Lorises are returned to freedom in the...

Twenty Javan Slow Lorises are returned to freedom in the wild

The lorises had been surrendered by members of the community or confiscated by the BKSDA. There were eleven male lorises and nine females

The nocturnal primates had undergone rehabilitation in our centre at the foot of Mount Salak in Bogor. From the results of medical and behavioural checks, the lorises were deemed suitable to be released back into the wild.

The centre’s Animal Care Manager Wendi Prameswari said: “It takes a long time and costs a lot of money to restore the wild behaviour of lorises that have been victims of the pet trade.

“As pets the lorises have become accustomed to their owners and become tame.  So they need plenty of time to adapt before being released in the forest,” added Wendi.

During rehabilitation the lorises are given appropriate treatment and care to prepare them for eventual release back into the wild. 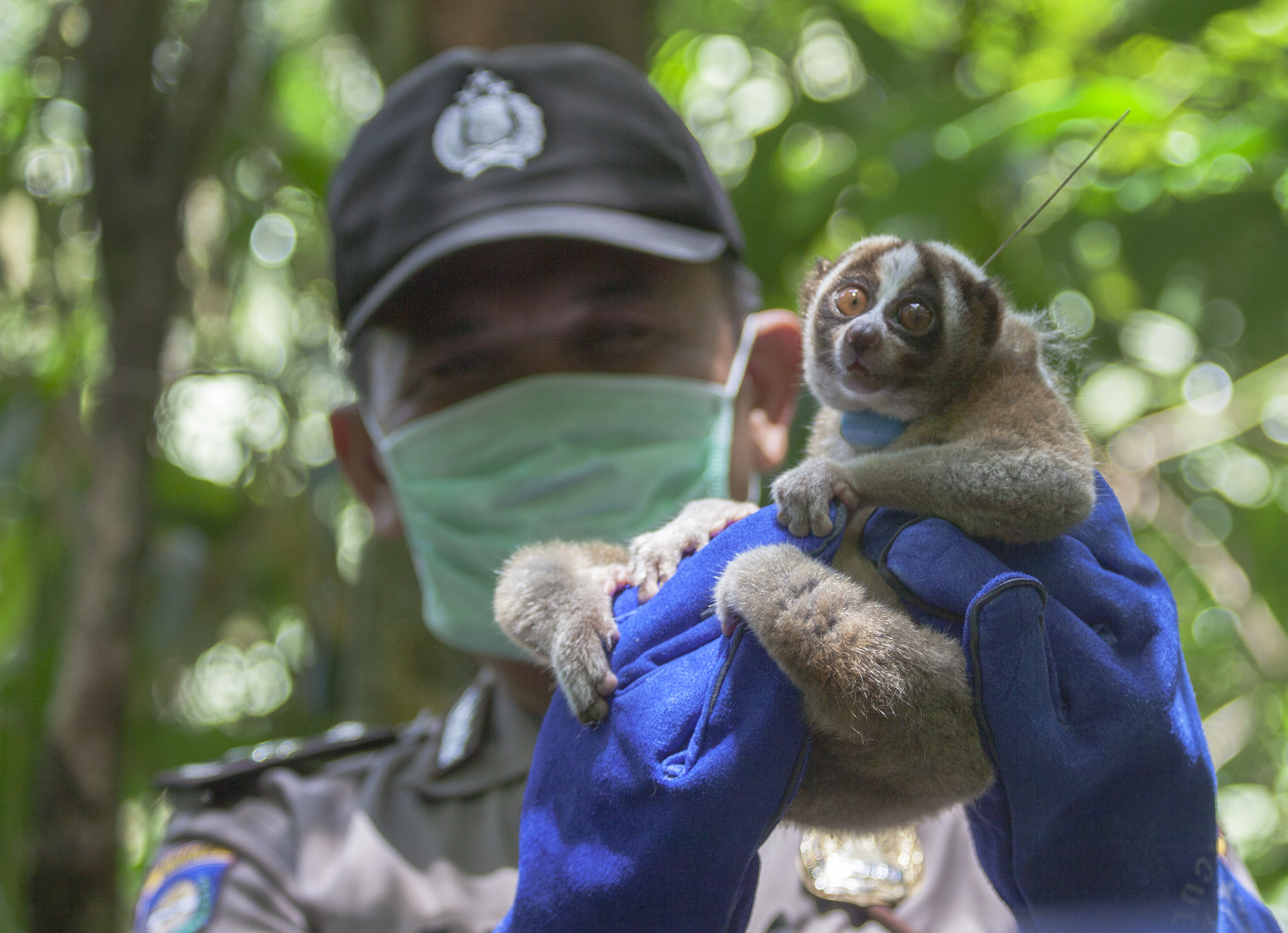 IAR’s rehabilitation efforts are being supported by the Hero Supermarket Company through its ‘Giant’ unit. The company’s donations are helping to feed the lorises in our Rehabilitation Centre in Bogor. Senior General Manager, Corporate Social Responsibility & Corporate Communications for Hero Supermarket, Natalia Lusnita, said that the Hero Group’s participation in IAR’s conservation programme is in step with the company’s ethos of Corporate Social Responsibility and concern for the environment.

“We are aware that the preservation and balance of nature is the responsibility of us all.  The Javan slow loris population is in decline because of illegal hunting. Hopefully, the donation programme can have a positive effect on the preservation of wildlife in Indonesia, because wild animals should live in the wild where they belong,” said Ms Lusnita.

Tantyo Bangun, Chairman of IAR’s Primate Rescue and Rehabilitation Centre in Indonesia, said that IAR’s team in Indonesia not only regularly assisted in law enforcement efforts, but also worked in many other ways to support efforts to suppress the rise in wildlife crimes.

"One unintended consequence of the development of information technology is the widespread use of social media to conduct illegal wildlife trade. We are trying new ways to combat it but it requires recognition by stakeholders, law enforcement officials in particular, that the illegal wildlife trade threatens the national security of Indonesia," he added. 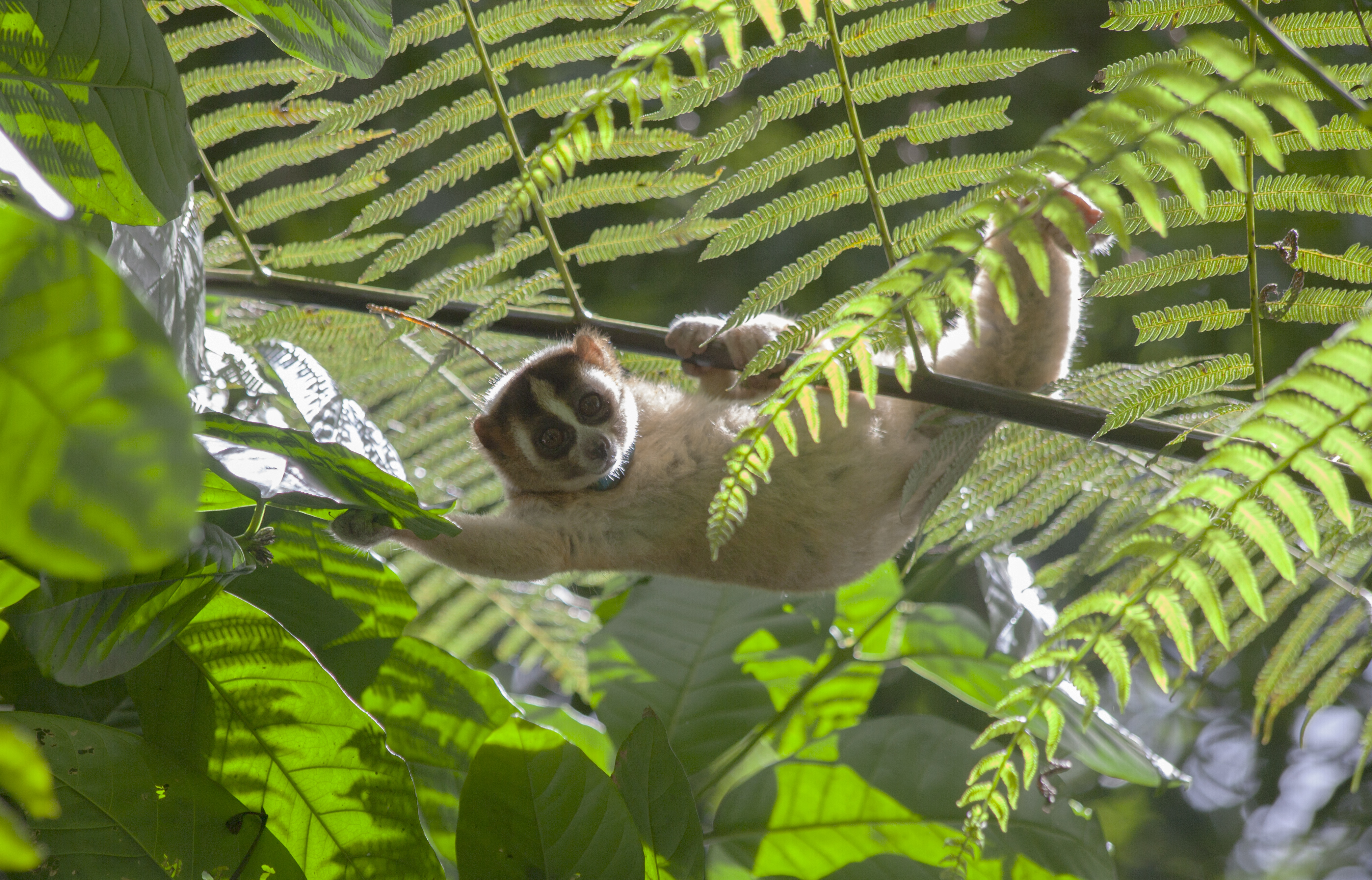 “Like drug crimes and human trafficking, wildlife crime has a huge turnover of money and vast resources, making it a major threat to the defence and security of Indonesia. International crime networks also extend beyond the boundaries and borders of individual countries. The development of this type of crime seriously undermines the security of the state.

Sylvana Ratina, the Head of the BKSDA in West Java, said that illegal trade in protected wildlife still occurs in West Java and Banten. This is reflected in the disclosure of five cases during 2016. "Disclosure of cases of trafficking of endangered species showed that the illegal trade in wildlife in West Java is still going on. Thus, there are still many cases of illegal possession of protected wild animals that have not been revealed. The figure is much higher than in the cases that have been revealed,” he said.

He said: “The survey results by a team from IAR and from the National Park showed that there is suitable diversity and availability of trees for slow lorises to feed and sleep. The National Park also has suitable ecological conditions to meet the carrying capacity of Javan slow loris habitat,” said Tri.

Since 2010, 38 individual Javan slow lorises have been released in the region of the Halimun Salak National Park. A great deal of effort has been made to conserve slow loris habitat, including local security patrols and local habitat restoration, as well as socialisation and conservation education among communities in the area and in schools to generate public support.