A baby slow loris found alone in a residential garden in West Java has been rescued and taken to safety. Our team, alongside a rescue team from the BBKSDA, (the Balai Besar Natural Resources Conservation Agency) came to the aid of the tiny Javan slow loris.

The loris was found in a garden in Pesawahan District, Cirebon in West Java on 17 December. Slamet Priambada, Head of the Cirebon BKSDA, said that the loris had been given the name Meli after it was reported by a resident named Meliyana. She had found it in a weak condition, lying in the middle of the garden. “Knowing that the slow loris is a protected species of wildlife, Meliyana reported the discovery to the authorities.” 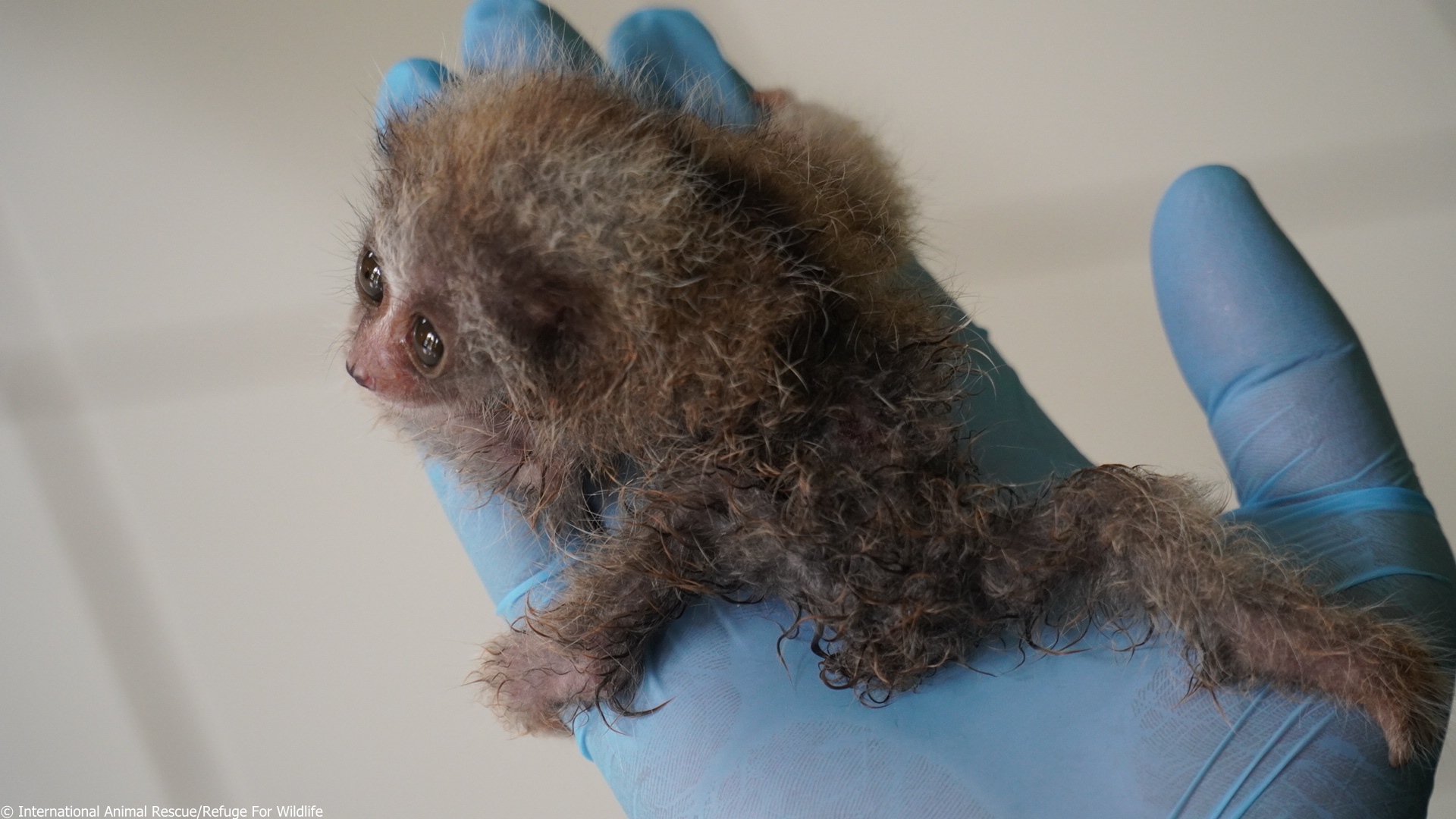 The little female slow loris is believed to be less than one month old. She was taken by the rescue team to our primate rehabilitation centre in Bogor, West Java.

Here she was given a thorough medical examination by IAR’s veterinary team and received treatment. Slamet Priambada added: "The loris was treated by IAR Indonesia because she is still a baby and not yet able to feed or fend for herself. Later, when she is older and has grown healthy and strong, she will be released in an area which has suitable habitat for slow lorises.”

Our vet Indri Saptorini explained that the initial examination had shown Meli to be weak and in poor condition. This is because the baby has been deprived of her mother’s natural care. In addition, she was found to have cuts which suggested that she might have fallen from her mother’s grasp. "Baby lorises generally depend on their mothers until the age of six months. So Meli is receiving intensive care and her condition is being assessed every two hours. The medical team has also put her in a suitably warm place in the hope that her condition will continue to improve," Indri concluded.

Meli’s treatment and care will be lengthy. Once her condition improves, she will be moved to a bigger cage and provided with enrichment to stimulate her natural behaviour and prepare her for release back into her natural habitat. During the period of rehabilitation, she will also be monitored daily by the vets and keepers at the centre to make sure she is healthy and learning how to survive back in the wild.”

Alan Knight, IAR CEO, commented: “The Javan slow loris is listed as Critically Endangered on the IUCN Red List. The species is threatened by habitat loss and the illegal trade in slow lorises as pets which costs the lives of countless lorises each year. Thankfully our work raising awareness of the cruelty of this trade is producing results, leading us to hope that one day lorises like Meli could live free from the threat of poachers and illegal wildlife traffickers.”