Three cheers for Meghan and Louise!

On the 26th April two amazing supporters ran the Virgin London Marathon to raise money for International Animal Rescue. We asked them to let us know how it went ... 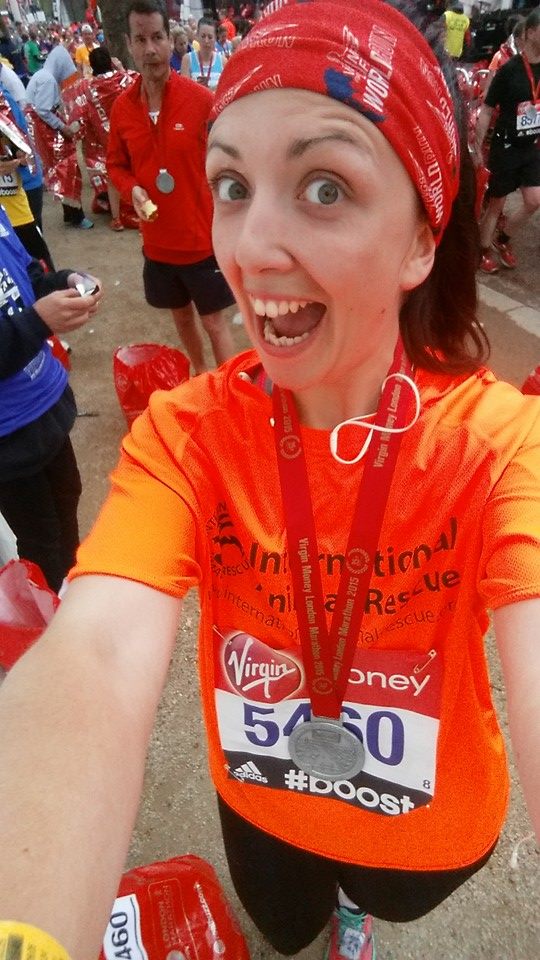 Meghan Tiplady:
‘I ran the London Marathon for your fantastic charity because I've seen firsthand how incredible your teams are at helping sick and injured animals. I travelled to Borneo two years ago to volunteer at a wildlife centre where I worked with other volunteers to help rehabilitate orangutans who had been captured at an early age by illegal poachers. I believe your teams deserve our support and I thought this was the ideal opportunity to show that.
It was a lot of hard work and the training was punishing but it was worth every ounce of pain to raise £550 and to get the name of the charity out there. I completed it in 4 hours 43 minutes and, as you can see, I was just a little bit relieved to cross the finish line in one piece!‘ 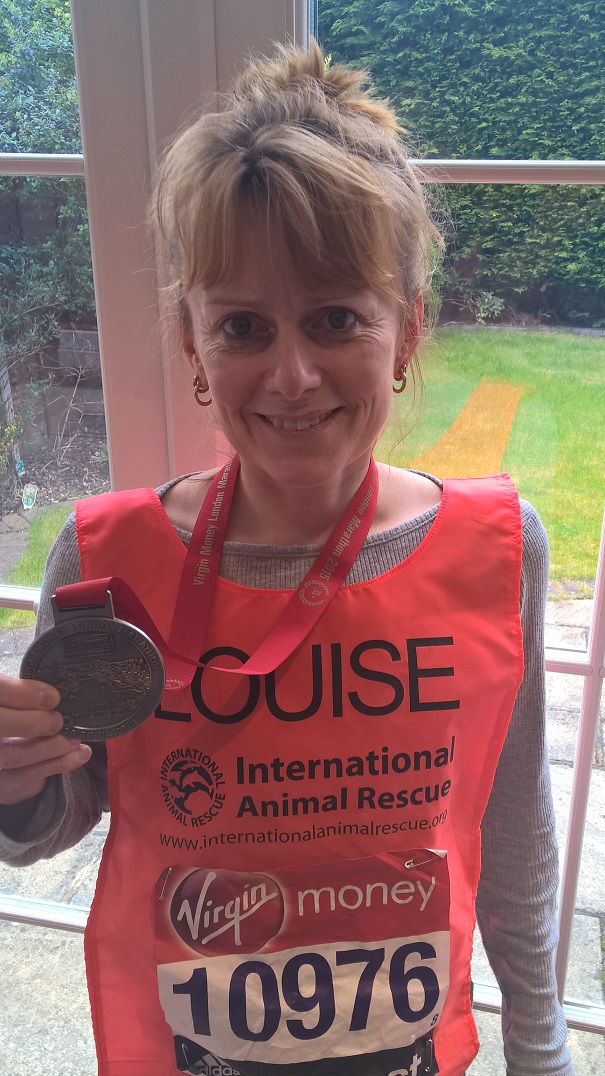 Louise Johnson:
'I was hoping to complete the London Marathon in 4hrs, however over ran (literally) by 14mins, but the most important thing was that I managed to finish.  The day was very enjoyable and the crowds helped tremendously by encouraging us all to keep going.  I thought I was doing well when I'd reached 22 miles and hadn't yet 'hit' the wall, but this suddenly jumped out in front of me at mile 24.  I thought 'Please, not now, I'm nearly there'.  Thankfully it wasn't too long after when Big Ben appeared in the distance so I knew I was nearly home.
Although it was long and painful, it was nothing compared to the pain and suffering endured by so many defenceless animals in the world today.  This was enough in itself to ensure I raised as much money as I could for a charity that is very close to my heart.  I think IAR does fantastic work towards helping animals of all shapes & sizes, which is why I chose to run for them.  I also like to focus on the smaller based charities as I feel that they are often overlooked so advertising for IAR in such a large event is a great opportunity for them. I raised £930.’

We would like to say a huge thank you and congratulations to Meghan and Louise; it is thanks to people like you that we are able to continue our work saving animals from suffering around the world.