Ten slow lorises are returned to freedom in the forest

The lorises were confiscated by the Nature Conservation Agency (BKSDA) in West Java in November 2013. They then underwent rehabilitation at IAR’s Primate Rescue and Rehabilitation Centre.

On the night of Sunday, 21 August 2016, the slow lorises were transported from Bogor, West Java to Batutegi in Lampung.  The initial stage of the journey took about three hours to Merak Port in Banten, West Java, followed by a sea crossing to Bakauheni Port in Lampung, Sumatra island. 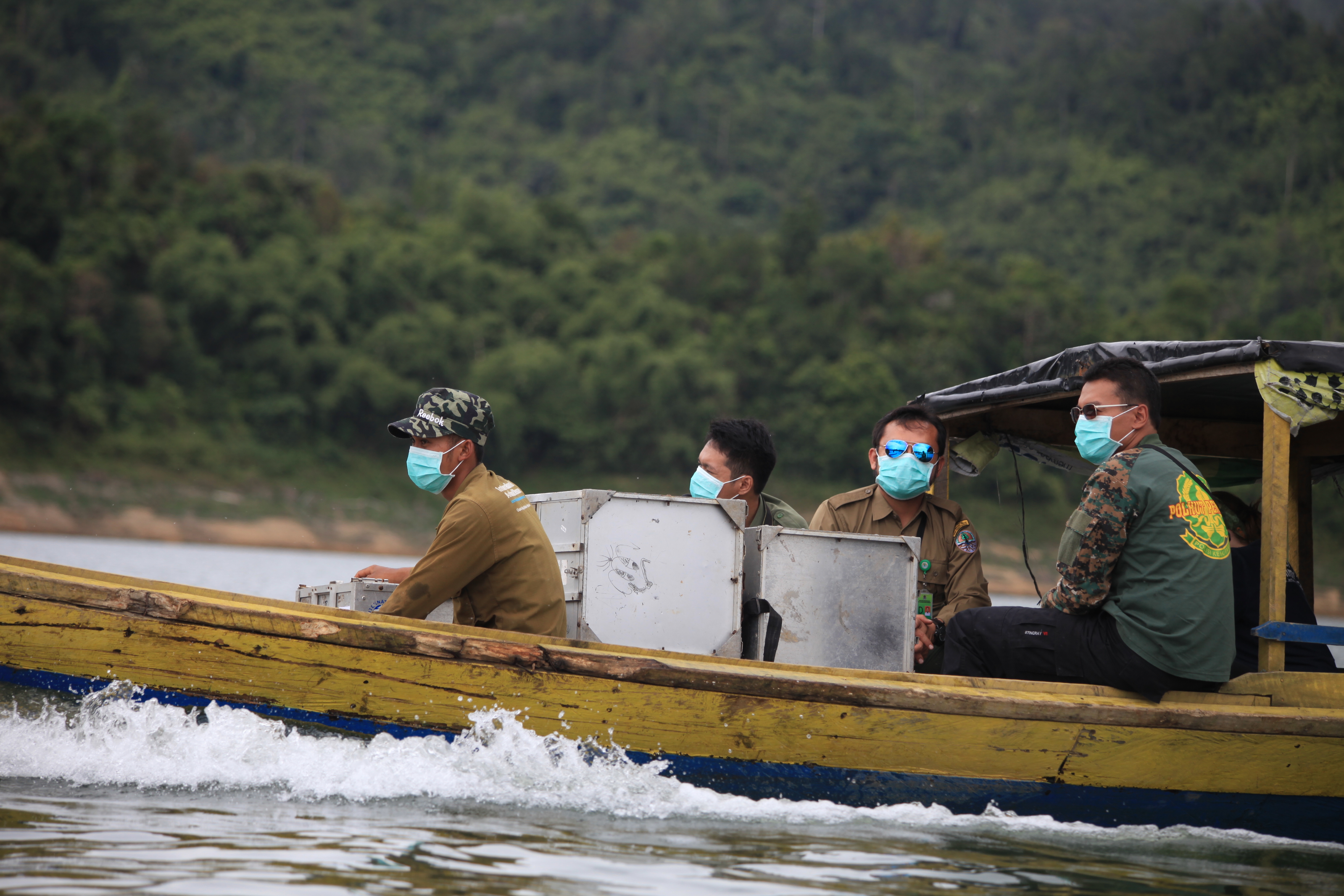 ​On arrival in the habituation area, the transport cages were opened. Two lorises were very shy at first and the vet and animal keepers had to wait patiently for the pair to come out of their cage. Eventually Usik took a first peek out of his cage and surveyed his new surroundings.

Slowly, Usik start to climb a sirihan tree (Piper aduncum) which was growing in the habituation area. He gathered speed as he climbed up the six metre trunk into the leafy branches at the top. 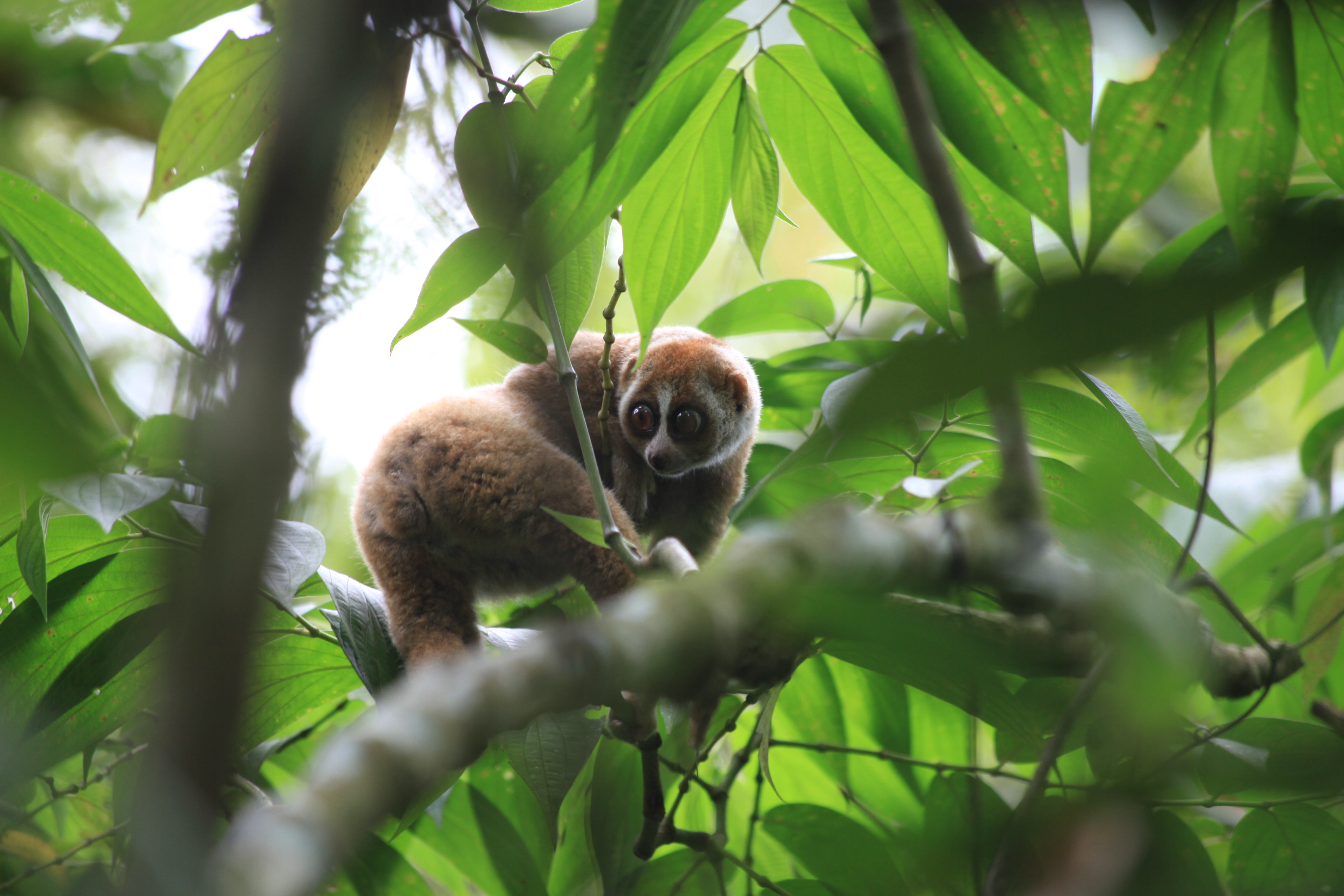 In another area of the habituation enclosure, a team was also waiting for lorises Piala and Syifa to come out of their transport cage. A radio collar (necklace tracker) had been fitted around Piala’s neck. The male lorises had been fitted with trackers to make it easy to monitor them in the wild.

As with Usik, Piala looked very nervous and tentative as he climbed out of the transport cage. Slowly, he started to climb a mara tree (Macaranga tanarius) that was growing in the habituation enclosure. He climbed faster and faster up the tree, twisting his supple body as he moved up the trunk. Eventually Piala reached a height where he was no longer visible in the lush foliage.