Shila arrives at our Orangutan Rescue centre in Ketapang

On 21st November the BKSDA (Forestry Dept) brought a female orangutan, Shila, to our rescue centre in Ketapang. Our team did not accompany the BKSDA officials on the rescue which unfortunately means they could not get as much background information as they would have liked.  She was confiscated from her owners who lived in Pasiran village. They said they had purchased her for 3 million rupiah (£150) from the area of Monterado.

While Shila was with her owners she had been fed mainly on rice with some vegetables and fruits. They reported that she had been sick once before and they had treated her with traditional Chinese medicine.

We don’t know how long they had kept Shila. She is definitely used to humans and will interact with people, but she can be difficult to handle without anaesthesia. She also arrived at the centre with a chain around her neck but the chain had not left any marks or lacerations other than a little dry skin. It was still locked around her neck and no one had the key. Shila had to be held down while it was carefully cut off before she could go into quarantine.

The vets think Shila is about six years old because she has a loose tooth and her new permanent incisors are coming through. She is in good muscular shape without any physical scars and her first quarantine exam was good. We are now awaiting the results from her blood test. 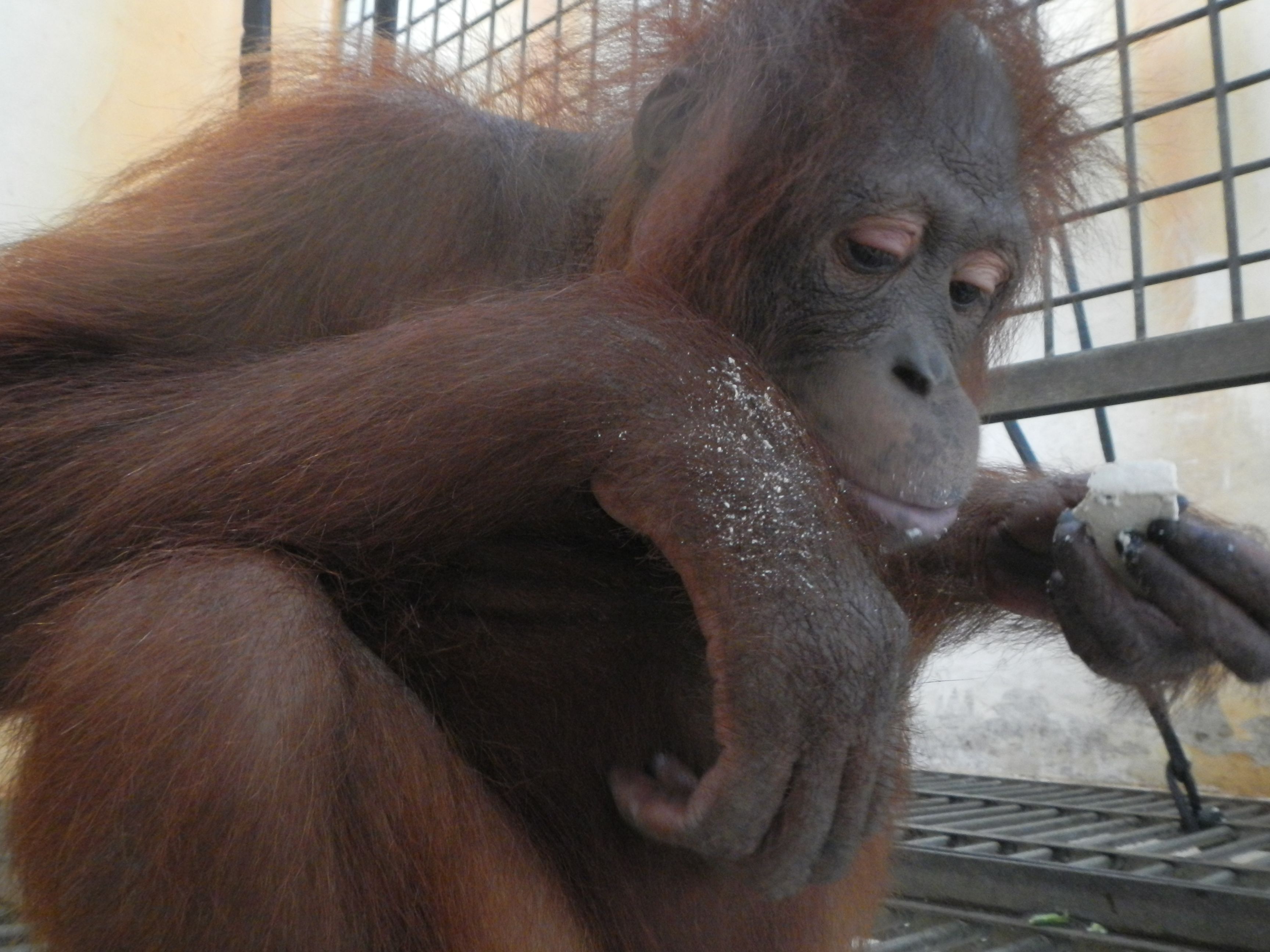 “As yet another orangutan arrives at our centre,” says Karmele Llano Sanchez, Programme Director of IAR Indonesia, “we rejoice that she has been rescued. But we also mourn the loss of Shila’s mother, who probably died trying to prevent her attackers from stealing her baby. Shila is in safe hands now but it is too late for her mother and all the other females who have fought in vain to trying protect their young.”

Shila’s arrival brings the total number of orangutans in the care of IAR’s rescue and rehabilitation centre in Ketapang, West Kalimantan to 81.