Rescued baby orangutan Didik undergoes surgery to have a bullet removed from his shoulder.

Rescued orangutan Didik, who was probably wounded when his mother was shot dead, has recently undergone surgery to have a bullet removed from his shoulder.

Didik has been in our care since June. After several weeks’ treatment and nutritious food, the veterinary team decided his condition had improved sufficiently for him to be put under anaesthetic and have the bullet removed.

When he was rescued the little ape was suffering from such severe malnutrition that the vets described his condition as “alarming.” His body was very small but after examining his teeth they estimated him to be about 18 months old. 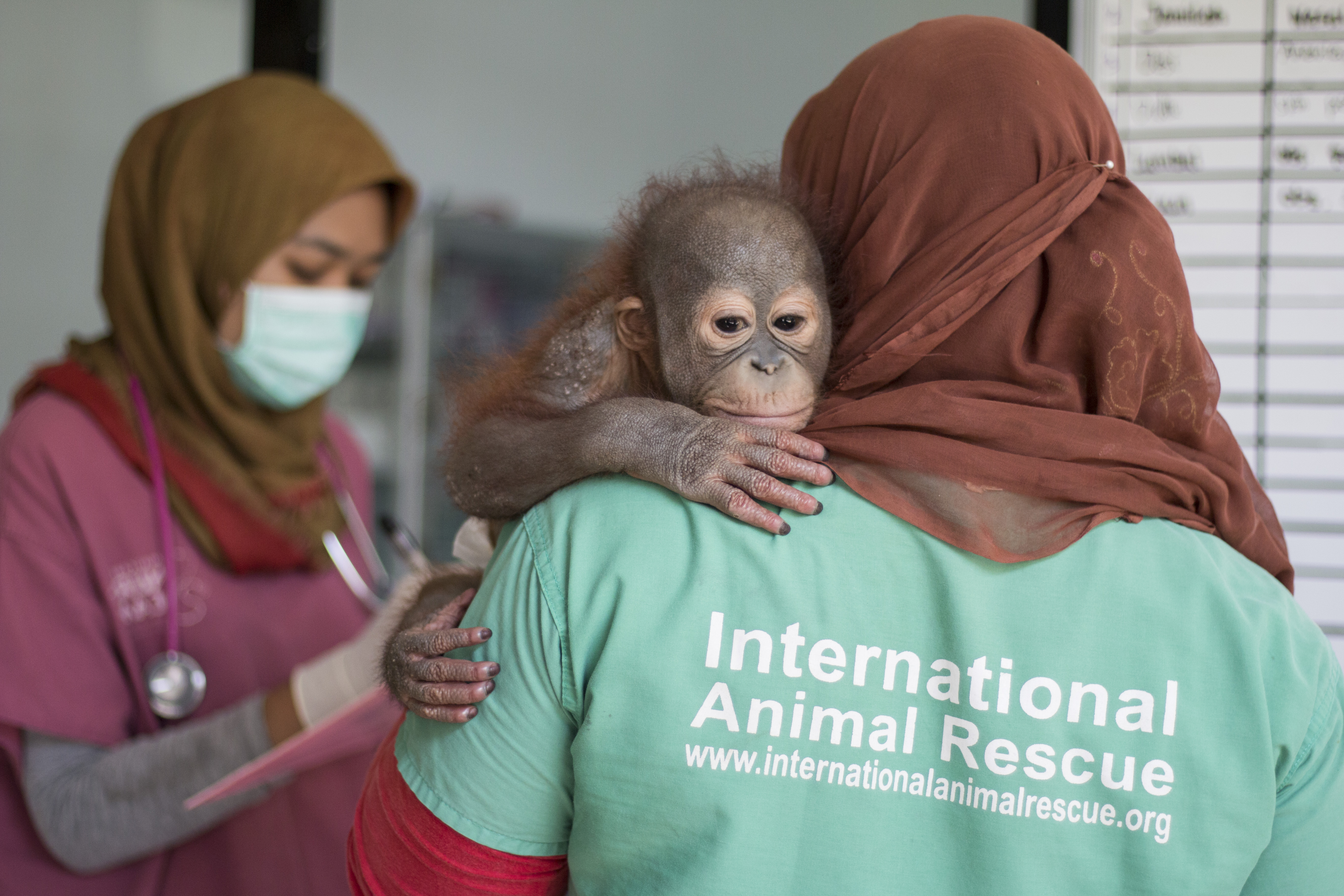 As well as being in very poor physical condition, Didik was severely traumatised by what had happened to him. “For an animal like an orangutan, witnessing the death of its mother is a profoundly shocking experience. That is undoubtedly why Didik looks so sad and depressed,” explained Karmele Llano Sanchez, Programme Director of IAR Indonesia. “It will take a long time for him to recover from the terrible trauma he has been through and start to take an interest in his surroundings.”

Vet Ayu Budi Handayani said: “The surgery went without a hitch. Fortunately the bullet was lodged close to the surface of the skin so it was a straightforward procedure to remove it.  No one could call Didik lucky after all he’s been through but certainly he was fortunate to suffer only a fairly superficial wound after most likely being shot by the same gun that killed his mother.” 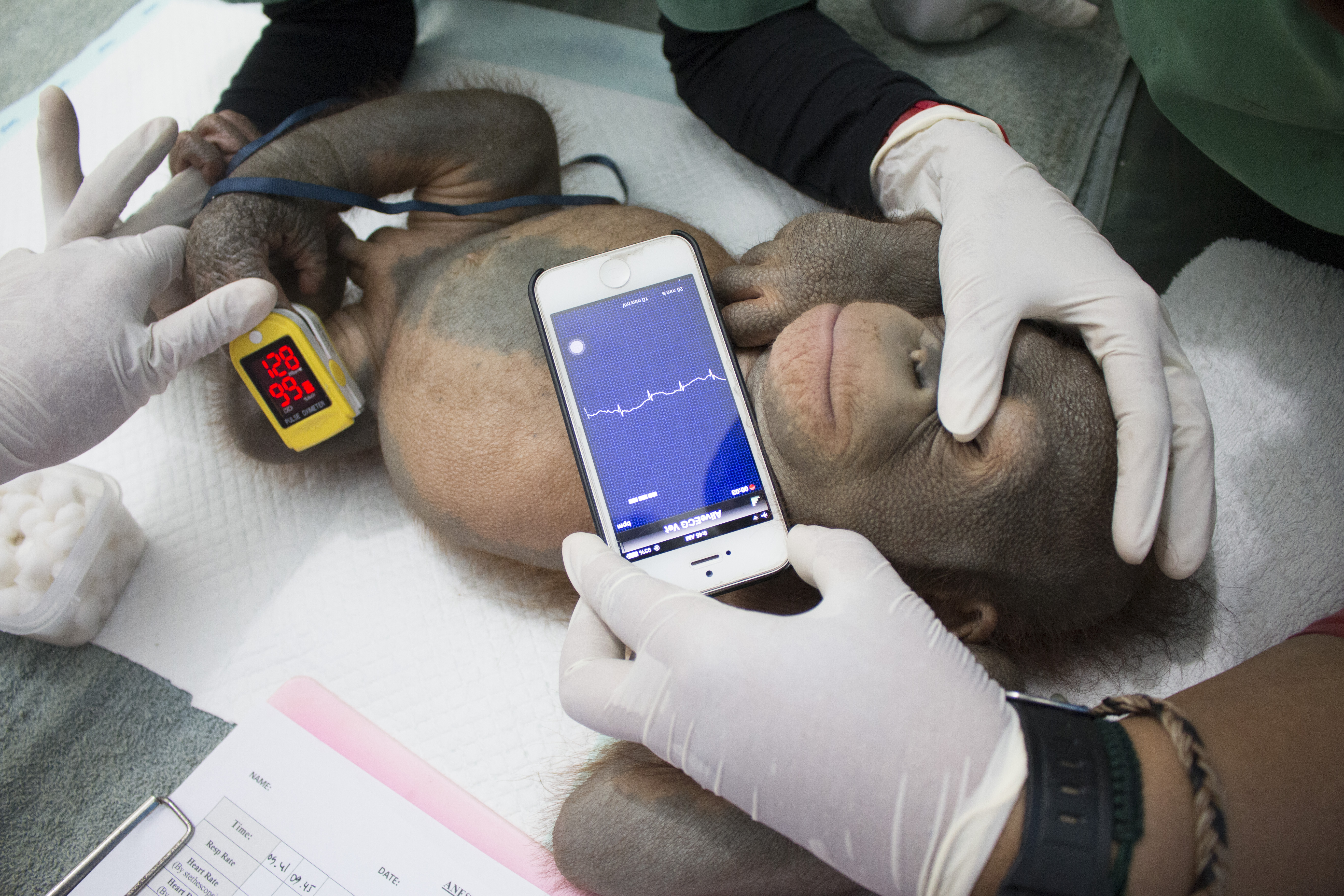 “Didik looks very handsome now,” Ayu added. “We are still treating the skin where the bullet entered his body but it is healing beautifully.”

Although still in quarantine, little Didik has already started learning to climb with a lot of encouragement from vet Uwi and some strategically placed food treats.  Now that the bullet has been removed from his shoulder, it is hoped he will continue to go from strength to strength and soon be ready to start his lengthy rehabilitation by meeting other baby orangutans in pre-school.

Alan Knight, IAR Chief Executive, said: “Sadly it is not uncommon for our team to treat orangutans that have been shot. The adults have usually survived an attempt to shoot them dead, while babies like Didik have been wounded by bullets intended to kill their mothers. These injuries at human hands cause the animals to suffer until the day they are rescued and veterinary teams like ours step in to repair the damage.”

The below video shows the bullet removal and contains surgical footage.