A baby orangutan rescued by our team in Indonesia has just completed her time in quarantine and started baby school. Boyna was rescued from AIR Hitam Hilir Village, Kendawangan District, Ketapang Regency.

She is a female orangutan of about one year old who had been kept as a pet since she was just a few months old.

The rescue team, consisting of IAR vet assistant Andri, three officials from the forestry department (BKSDA) and one policeman, drove about 10 hours to reach the location. 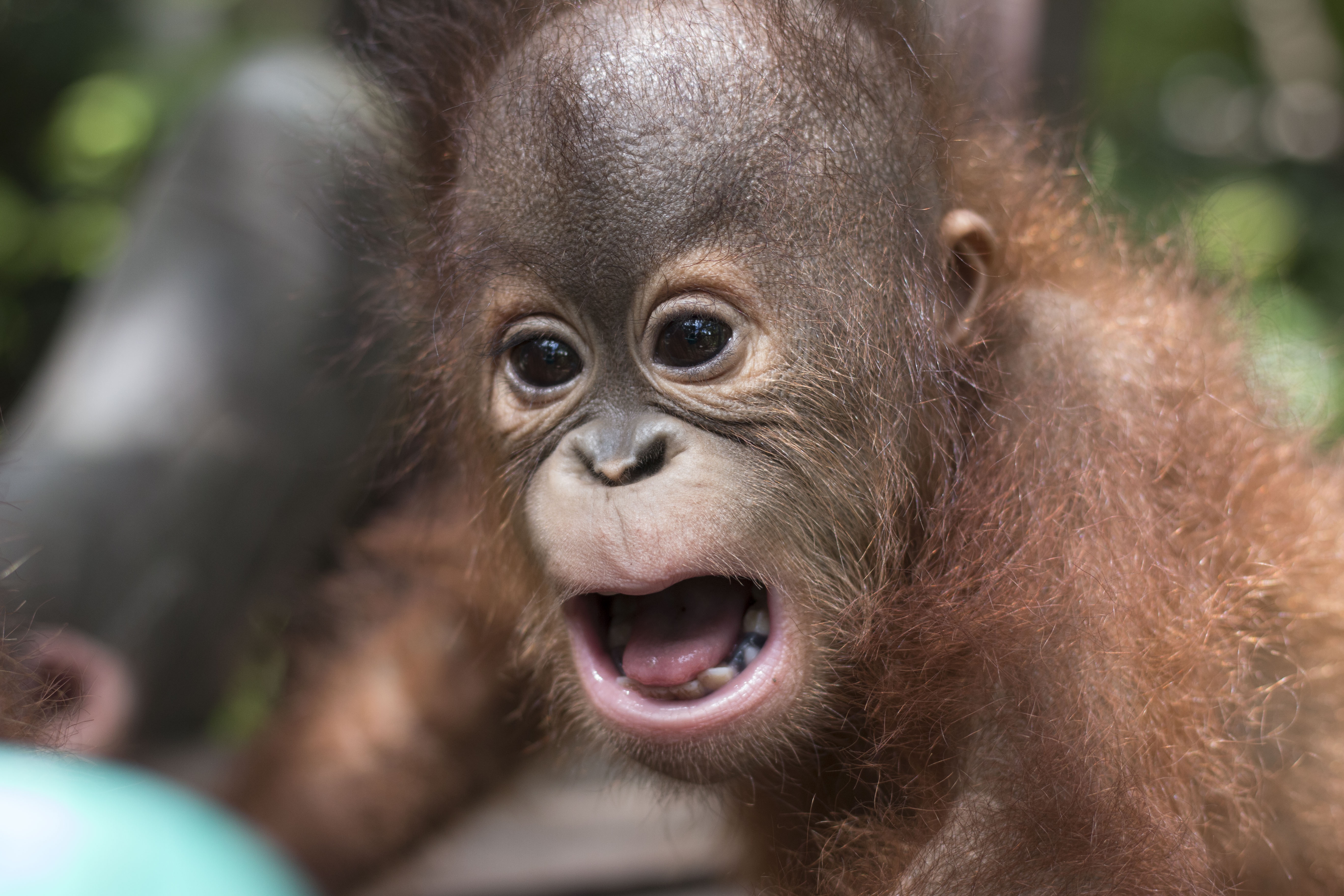 When they questioned Boyna’s ‘owner’ he said he had found the little baby alone on the edge of the forest near his plantation and taken her in because he felt sorry for her. He admitted that he knew it was illegal to keep an orangutan as a pet.

The man and his family treated Boyna as their child. They would cuddle her and sleep with her. Sometimes they even took her to Ketapang on holiday with them.  For the first three months they fed her with baby milk and then moved her on to condensed milk. 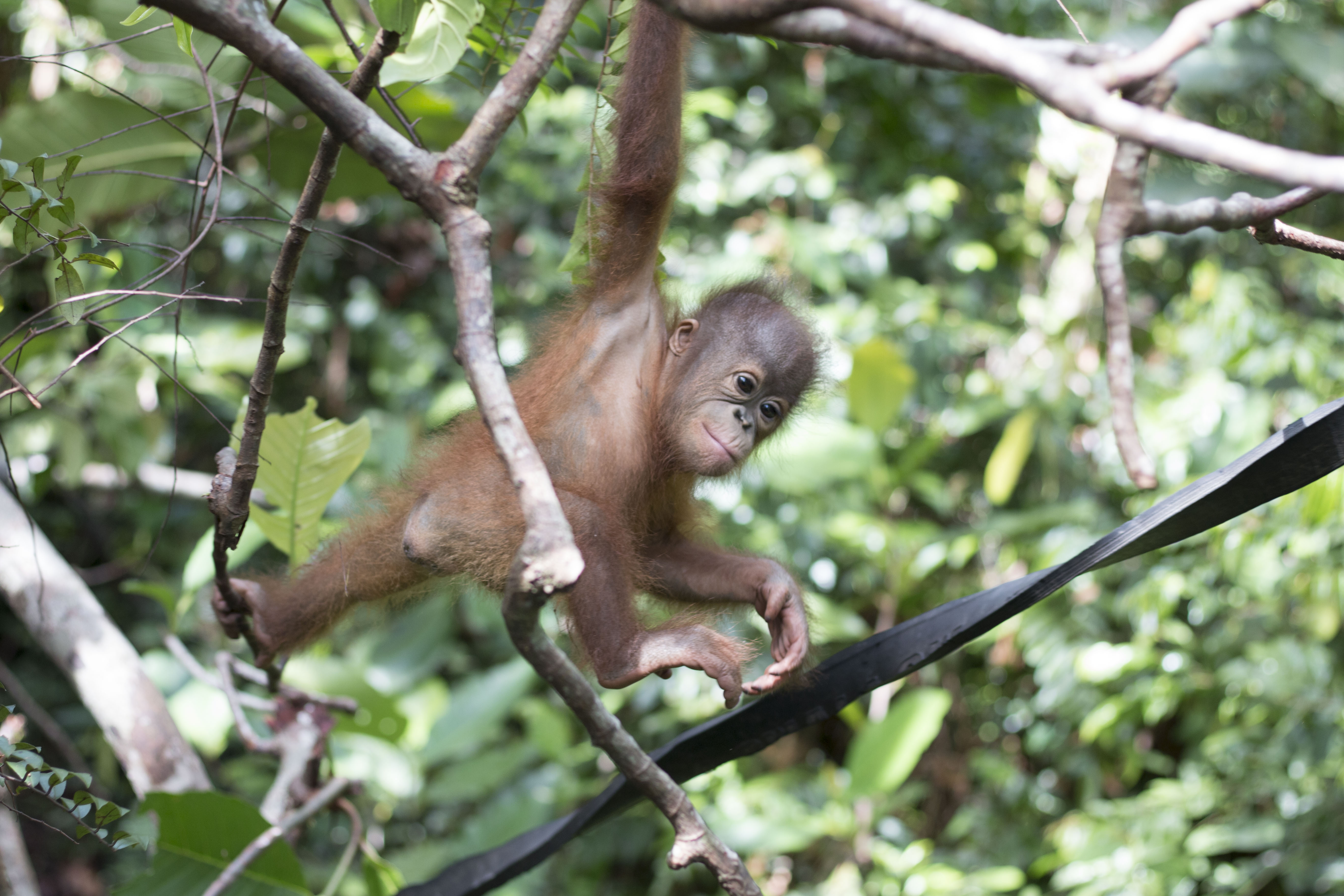 Alan Knight, IAR Chief Executive said: “Baby orangutans like Boyna suffer terrible trauma when they are snatched from the forest and taken into captivity. They have often suffered the horror of seeing their mothers killed in front of them before they are captured and sold as pets.

As with so many of the orphans in our care, we will never know exactly what happened to Boyna before she was found alone in the forest. But she is in safe hands now and settling in well at baby school at our orangutan centre in Ketapang."

Boyna’s babysitters report that during her first day in baby school at first she kept trying to hug Kandi, another baby, but Kandi wasn’t happy about it at all and kept trying to run or climb away from her. However after a while Boyna took to the trees and proved a natural at climbing. She is active and described as ‘excellent at climbing.’ She is also already foraging for food and eating leaves – all very promising signs that she will adapt well to life as an orangutan and leave her past as a pet behind her.