As 2016 drew to a close, our team in Borneo carried out three rescue operations on consecutive days, saving the lives of one juvenile, one orphaned baby and a mother and baby orangutan.

The team first received a report from villagers in Semanai that they had seen a mother and baby orangutan in a rubber tree plantation. The village in Sukadana District, Kayong Utara Regency is about one and a half hours’ drive from IAR’s orangutan centre and the Human Orangutan Conflict (HOC) team set off immediately to verify the report. Once on the scene, as well as the mother and baby, they also spotted a juvenile male orangutan in the plantation. 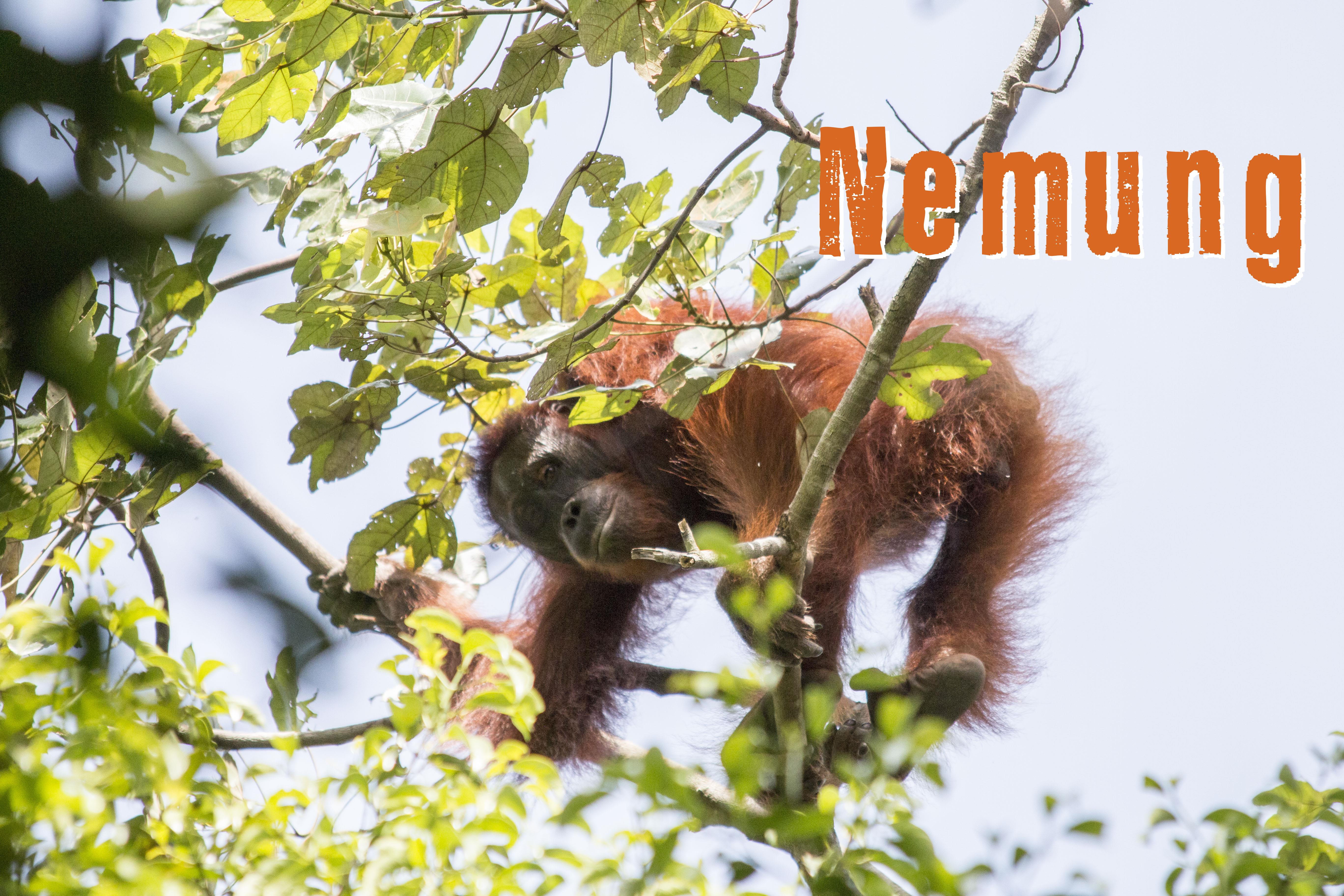 When the full rescue team arrived, there was no sign of the mother and baby and so they decided to capture the young male first. The rescue operation went smoothly, although it wasn’t easy to shoot the orangutan with the dart gun because he was very agile and moving quickly through the trees. Finally, at about midday, he was safely anaesthetised and captured in the net. Vet Ayu checked his condition and found him in good health. The team called him Nemung.

The team translocated Nemung directly to Gunung Palung National Park. Semanai village lies on the edge of the park and it is likely that Nemung had come from there. Six local porters using a wooden wheelbarrow carried Nemung about 4 kilometres into the park to the release site. In spite of the driving rain, as soon as his cage was opened he climbed swiftly up into the trees, safe from harm and free once more. 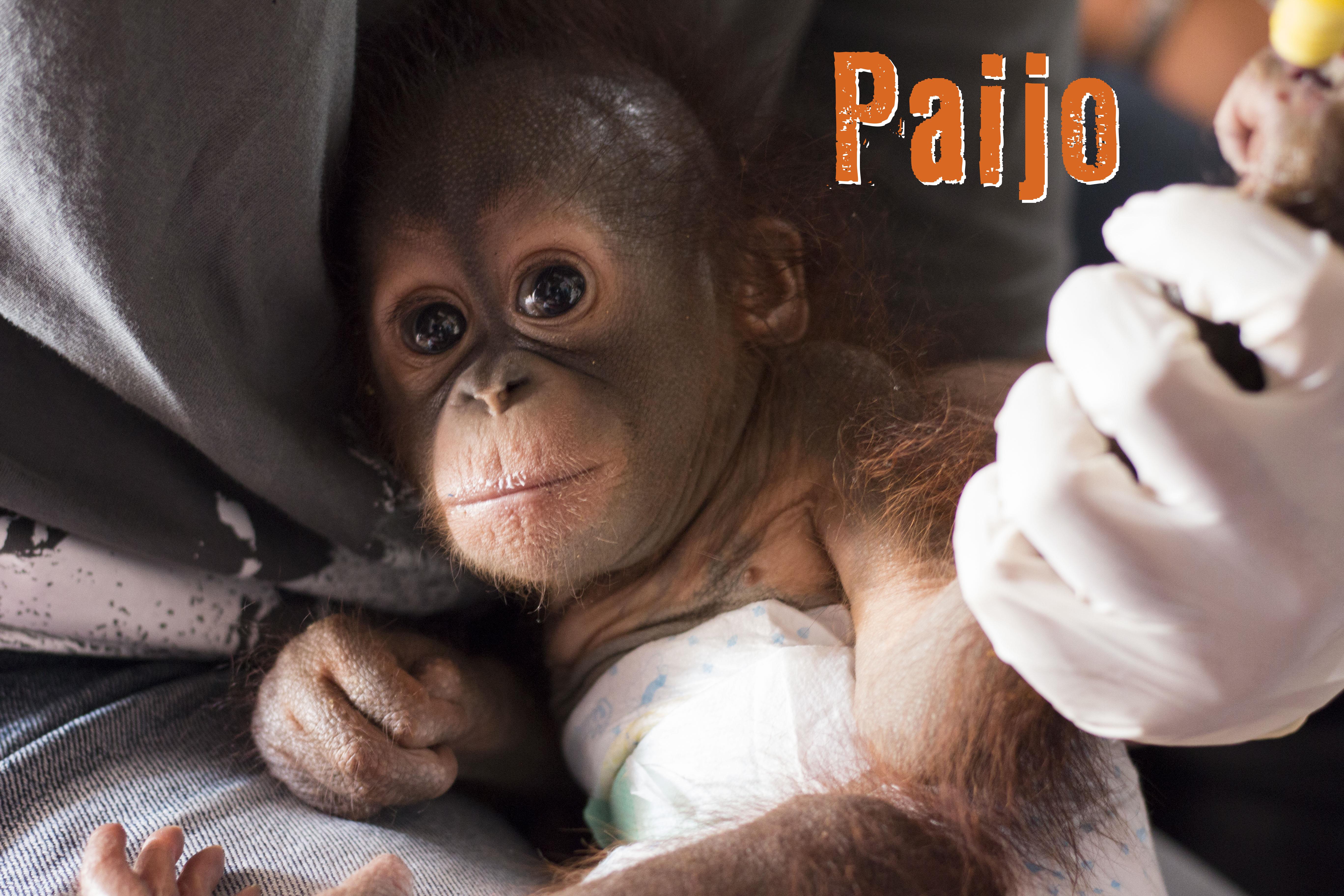 The following day, while the HOC team was still trying to locate the mother and baby, the rescue team made the six hour journey to Randau Jekak Village in Sandai District to pick up a baby orangutan. They had received a report from a local man that someone had handed a baby over to him five days previously. The villager, called Doko, had helped IAR with two rescues in the past so they knew his information was reliable. The baby is a male of three to four months old. The team called him Paijo. They brought him back to the centre and he is now in quarantine under the supervision of the veterinary team.

That very same day the team heard that the HOC team had found the mother and baby and would camp near their nest overnight until the rescue team arrived.

The rescue team set off from the centre early the next morning and arrived at the nest at about 7am. It was pouring with rain and the team waited for it to ease off before attempting to capture the pair. At about 9am Argitoe managed to hit the mother with the first shot of his dart gun and mother and baby landed safely in the net. The team named them Mama and Baby Rindi. Vet Ayu and Spanish volunteer vet Javier carried out a medical check. They confirmed that mother and baby were in good health and the mother was producing milk for her baby. 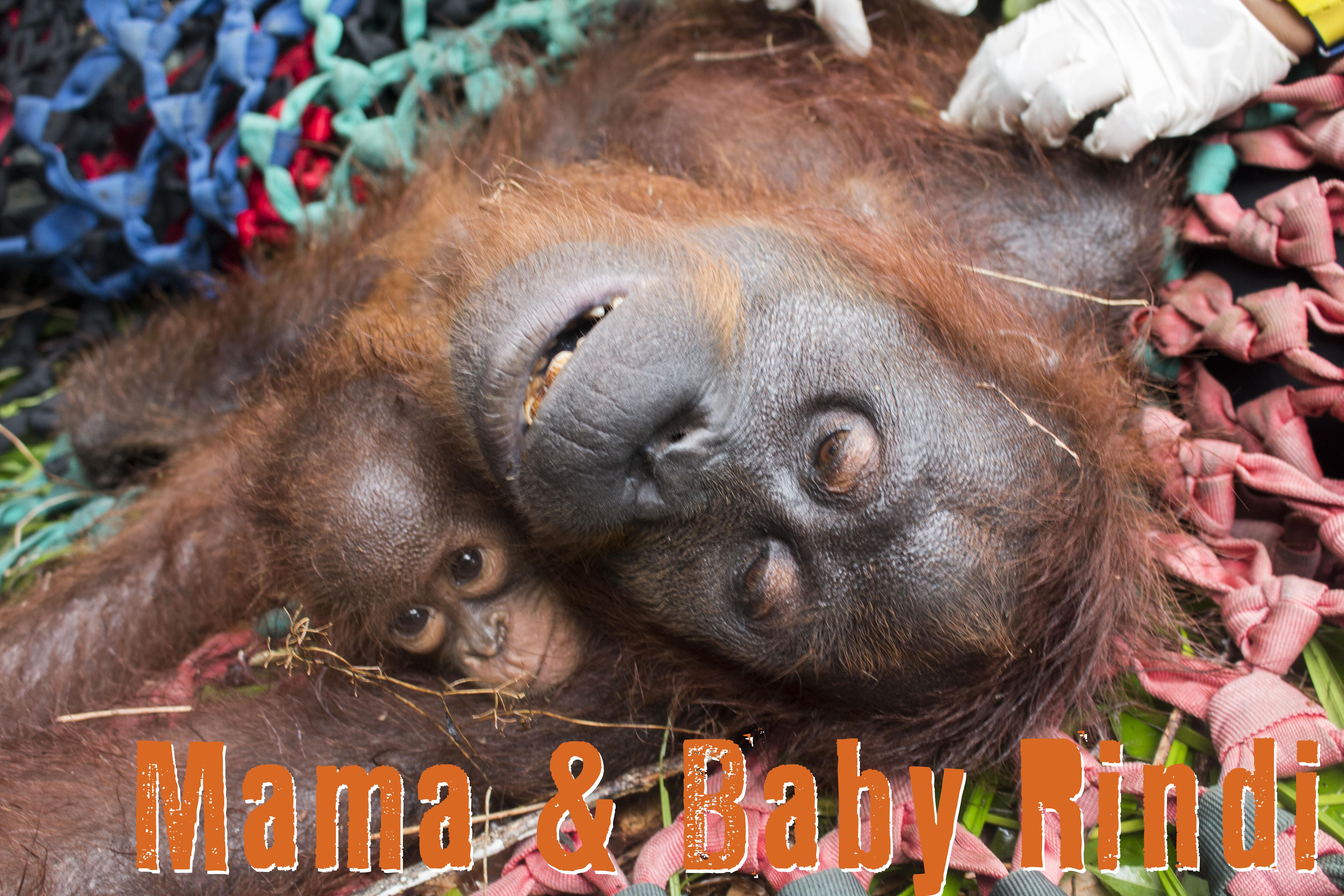 The team translocated the pair directly to the release site and set them free about 200m from where Nemung had been released.

"These three rescue operations are all different, but the underlying problem is the same,” said Karmele Llano Sanchez, Programme Director for IAR Indonesia. “We can’t envisage a bright future for orangutans if their habitat continues to be lost at this rapid rate. They are threatened by the clearing of forests, fires, and also the threat of being caught and sold as pets. “The orangutan only stands a chance of survival if people start to take the problem seriously. I just pray it isn’t too late by then.”

IAR CEO Alan Knight added: “While the current situation is a bleak one, we wouldn’t be working to save orangutans if we didn’t still have hope for their future.  Our teams in Indonesia will continue their lifesaving work in the New Year with as much commitment and determination as ever to fight for the orangutans’ survival.”

IAR’s centre in Ketapang is currently caring for more than 100 orangutans and the number is likely to continue to grow as more of their habitat is lost through forest clearing for plantations. Deforestation also makes it difficult to find safe release sites for the orangutans. In light of the rapid rate of decline in orangutan populations in the wild today, the International Union for Conservation of Nature (IUCN) recently reclassified the Bornean orangutan as Critically Endangered. Wild populations in Borneo have declined by more than 80% in the past 75 years, while the people of Borneo, particularly those living far from the city centre, still fail to understand the problem.