Our orangutans move to the islands!

Our Orangutan Rescue and Rehabilitation Centre in Kalimantan - the Indonesian part of the island of Borneo - has over 80 orangutans at the centre. These orangutans are of different ages -  young babies, juveniles and adults too. Through our rehabilitation programme we teach the orangutans as much as we can about life in the wild so that when they are released into the forest they have the key skills for survival. Each orangutan goes through different levels of the rehabilitation process, starting at 'Baby School', before going on to 'Forest School'.

With more orangutans coming into our care, the groups are getting bigger and with their boisterous behaviour causing more destruction to the forest school areas, the orangutans have to be moved about a lot to give the forest time to replenish. With a big age and size range in this group, often the younger, smaller members were not getting their share of food and enrichment so the group has been split in two. 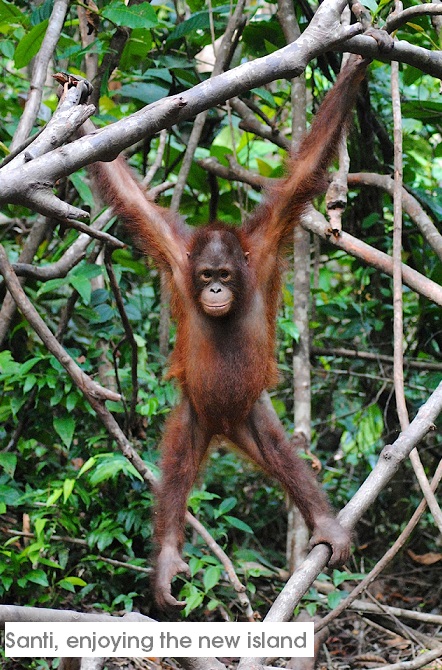 Santi, Tulip (main picture) and Gembar are doing particularly well in this group, nest building and foraging in the trees, although Gembar did recently have to visit the clinic with a very angry and bloodshot eye. She has fully recovered now, but it was thought she received it from a stick injury caused by a bit of over-enthusiastic twig bending for nesting, as she regularly makes her own nest every day.

Manis is also thriving in this group, gaining confidence all the time and her coat is particularly hairy and long now. Although Tulip is a great little climber and nest builder, the vets noticed at her weekly weigh-in that she wasn't growing quite as quickly as the others so she now gets a multi-vitamin supplement and is getting special nutrition to build her up. Tulip is also happy that she is now singled out for special attention and extra treats!

We also have a new pre-release island up and running. It is called Pulau Pak Ali. We have seven female orangutans resident on it.  Desi, Susi, Ceria, Butan, Marsela, Lasmi and Pinoh stay on the nineteen-hectare island all day and night, foraging for the forest fruits, making their own nests and travelling through the trees. They receive supplementary food daily, as there are not enough fruiting trees to sustain them all. The island is surrounded by water and can be accessed via a drawbridge, which was built by our hard working volunteers, along with a number of feeding platforms. 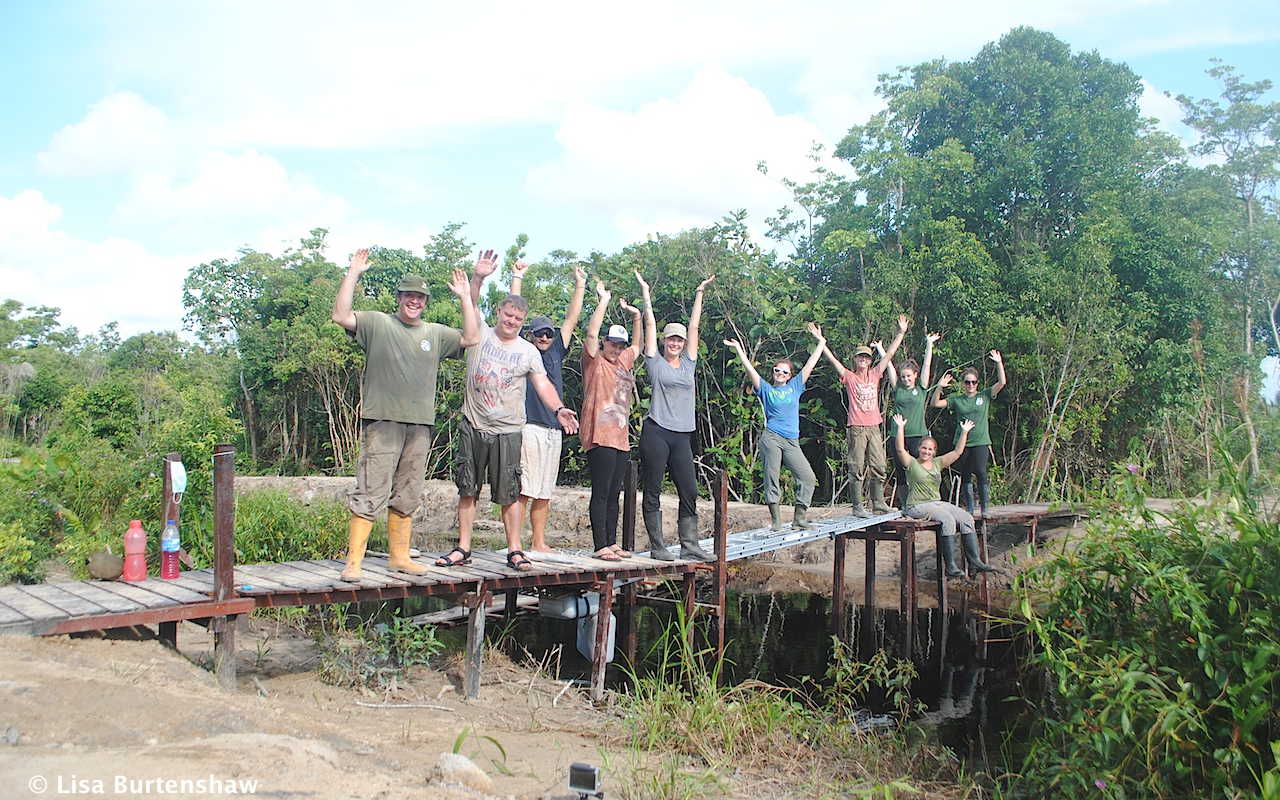 Members of staff follow the girls every day gathering data on each individual orangutan to see how their forest skills are progressing and who looks suitable for future release.

We have also just purchased another piece of land adjacent to the Sungai Awan site. An excavator has already been to work turning the sixteen-hectare piece of land into our third island. This will also be used either as a pre-release area or for the growing forest school group. 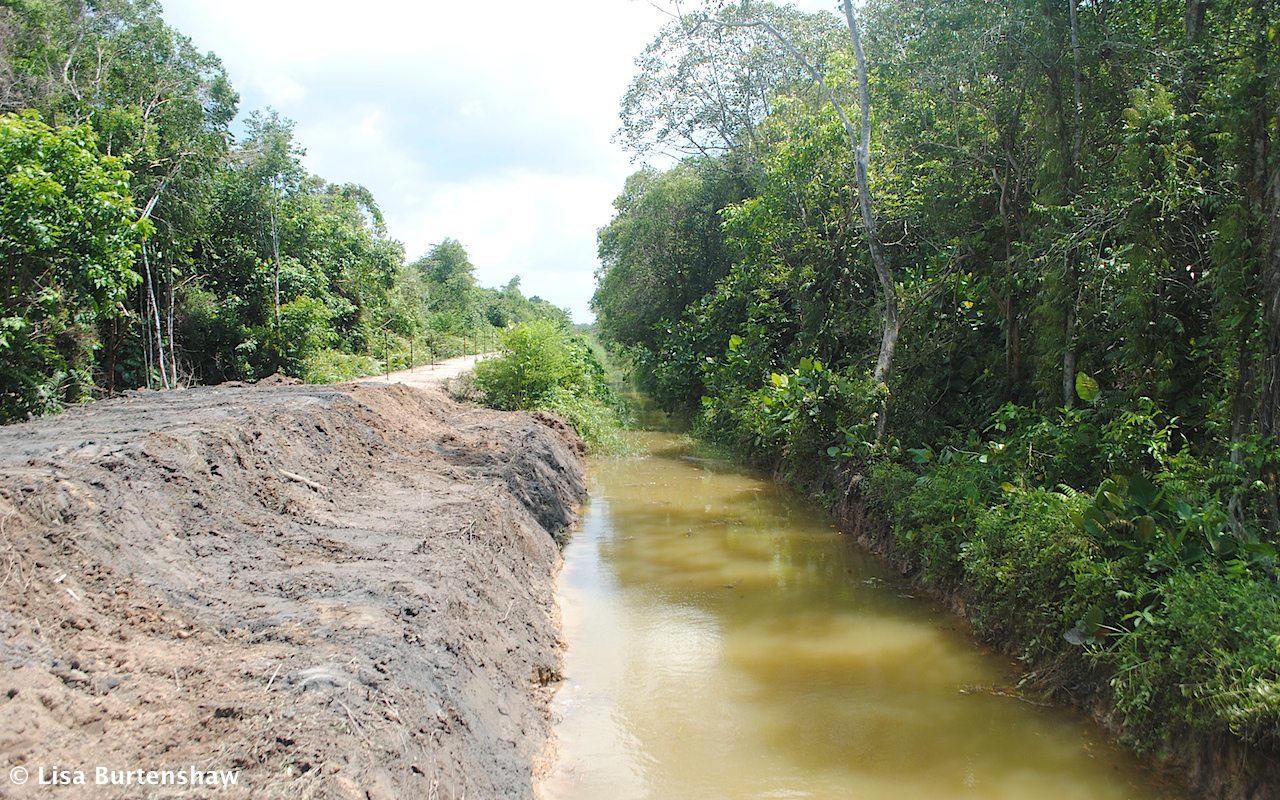