At the end of July, International Animal Rescue’s orangutan centre in Ketapang received a three year old female orangutan called Manis. She was rescued from the district Simpang Hulu, close to Pontianak. She made the journey to Ketapang by plane with BKSDA (Forestry Dept) and handled the journey very well. BKSDA reported that they took her from a man who claimed that he found her alone in the forest when she was about three or four months old. This is very unlikely as a mother orangutan would never leave her infant alone and at that young age, Manis would still be constantly clinging to her mother.

He also stated that he tried to release her, but she came back to him. Being so young she would not have been able to survive on her own. Infant orangutans can spend up to eight years with their mothers while they learn all the skills they need to live in the forest.

He took her home with him, where she was fed on a diet of sweet condensed milk rice, fried treats, tofu and occasional fruits.

The name Manis means “sweet” in Indonesian and her personality matches her name. When she first arrived at IAR’s centre she craved human contact and would cry out for attention whenever anyone walked past the baby quarantine building, but she is now settling in well and is getting used to less human contact. She has also adjusted well to her new healthier diet.

Manis on one of her first tree climbs 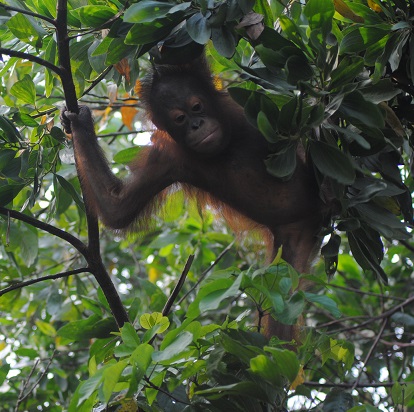 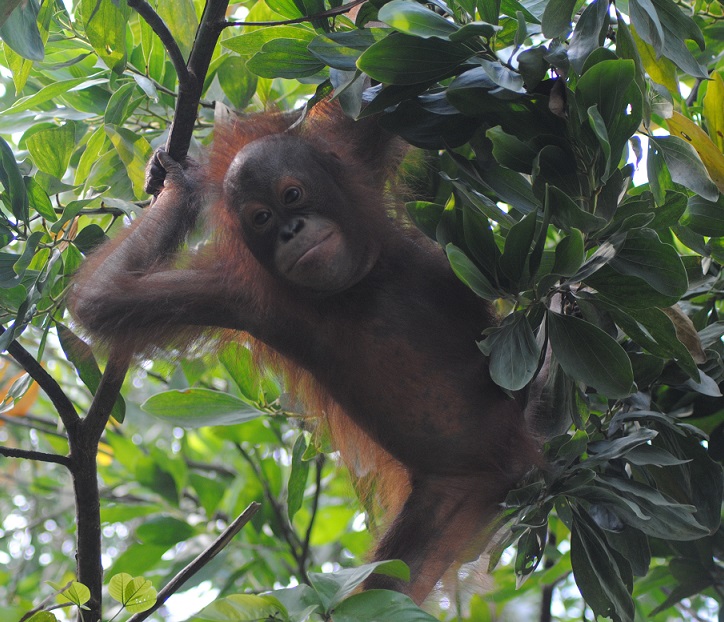 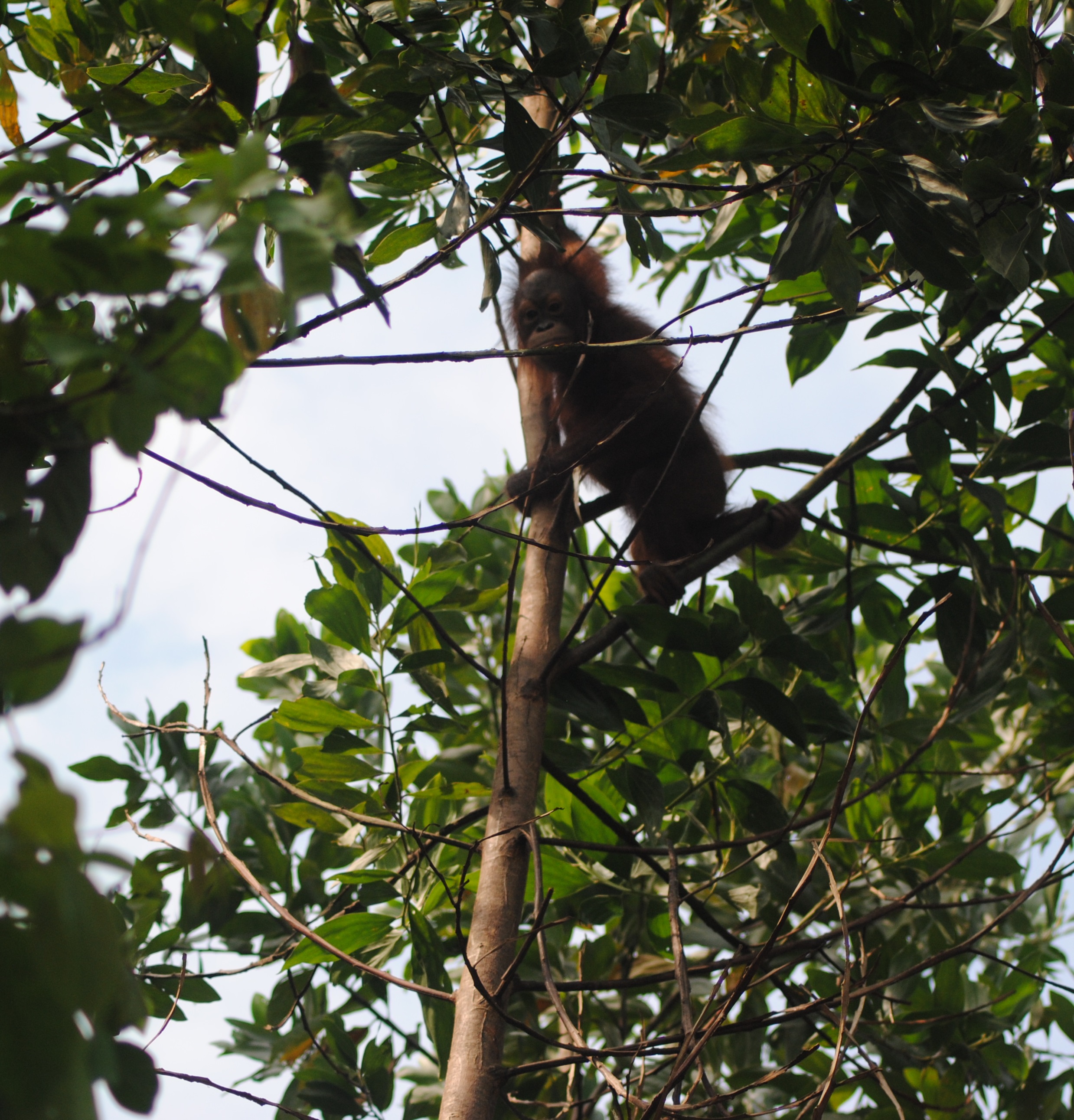 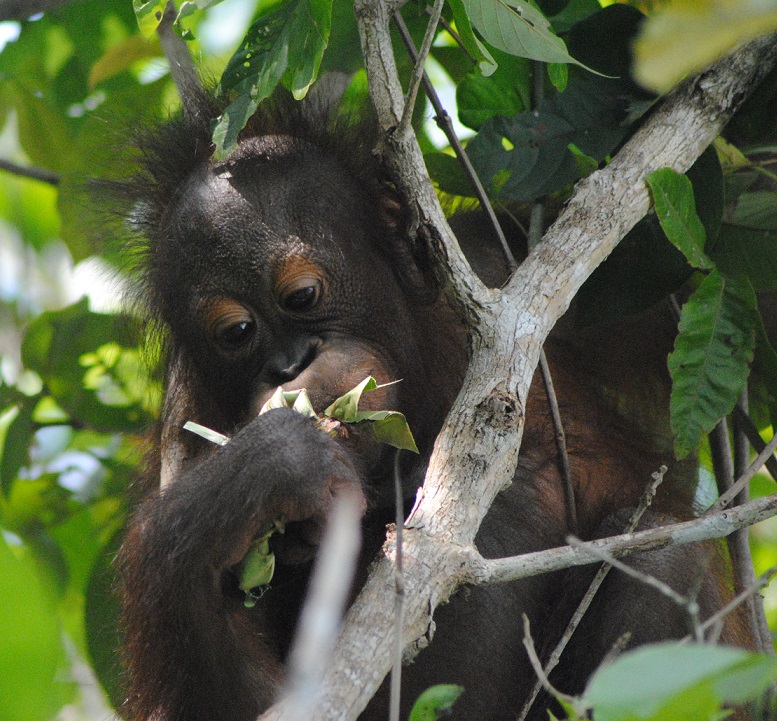 Manis is regularly taken to a group of trees close to quarantine where she shows great promise as a good climber, though she gets a bit nervous if her human caretakers are too far away. She is given leafy browse every day and with a bit of prompting she makes them into a nest by patting them down with her hands and feet while turning in circles. This is a very important skill to have as orangutans make a fresh nest to sleep in every night, but it is hard for human caretakers to teach the orangutans how to do this in the trees. They often learn this behaviour from copying one another.

Karmele Llano Sanchez, Project Director of IAR Indonesia, said: “Manis is currently still in quarantine while we wait for one round of testing results, but so far all her preliminary tests are clear.  When she has been given the all clear we will introduce her to baby school and see how well she copes with socialising with the other orangutans. We hope she will move onto forest school quickly though, as at over three years old she is already much bigger than all the others currently in baby school!”