International Animal Rescue Saving animals from suffering around the world
Home » News » Orangutans Susi and Desi return to their home in the...

Orangutans Susi and Desi return to their home in the rainforest

Two orangutans that spent years in captivity as pets have finally been returned to the wild after lengthy rehabilitation at our orangutan rescue and rehabilitation centre in West Borneo.

It has taken more than five years to prepare females Susi and Desi for their release and ensure they are equipped with the vital skills they will need to survive.

Before they were rescued, Desi was kept in a very small barren cage, while Susi was chained up by the neck.

Susi in particular was living in a terrible state of neglect. She had several severe injuries, including a foul-smelling, infected wound from the heavy neck chain which had become embedded in her flesh.  When the time came to remove it, no key could be found to the padlock and the chain had to be removed with bolt cutters.  Susi then had to be anaesthetised in order for the wound to be cleaned and dressed. She subsequently suffered a number of health issues as a result of her years of neglect and her neck has been permanently damaged by the chain.

Over the past five years, both Susi and Desi have progressed through forest school together and on to the pre-release island. Our centre is currently home to 106 orangutans all at various stages of rehabilitation. 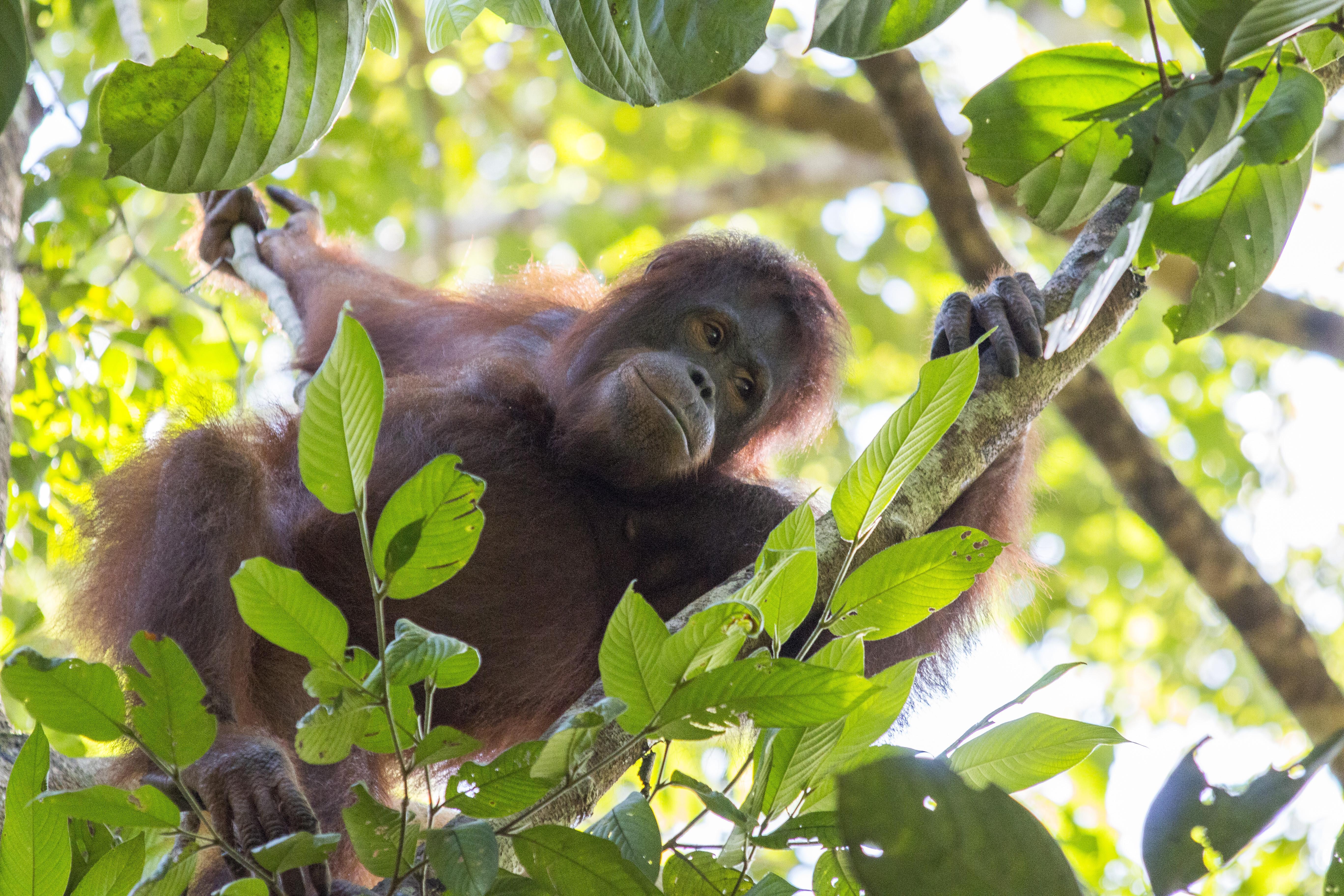 During the rehabilitation process the animals are encouraged to develop natural behaviours and are closely monitored by IAR’s team to assess their progress and their suitability as candidates for release.

Susi and Desi were on the pre-release island with five other female orangutans. They stayed there day and night, foraging for forest fruits, making their own nests to sleep in every night and travelling through the trees. They were given supplementary food daily as there aren’t enough fruiting trees on the island to sustain them all. They were selected as suitable candidates for release by our expert team of vets. 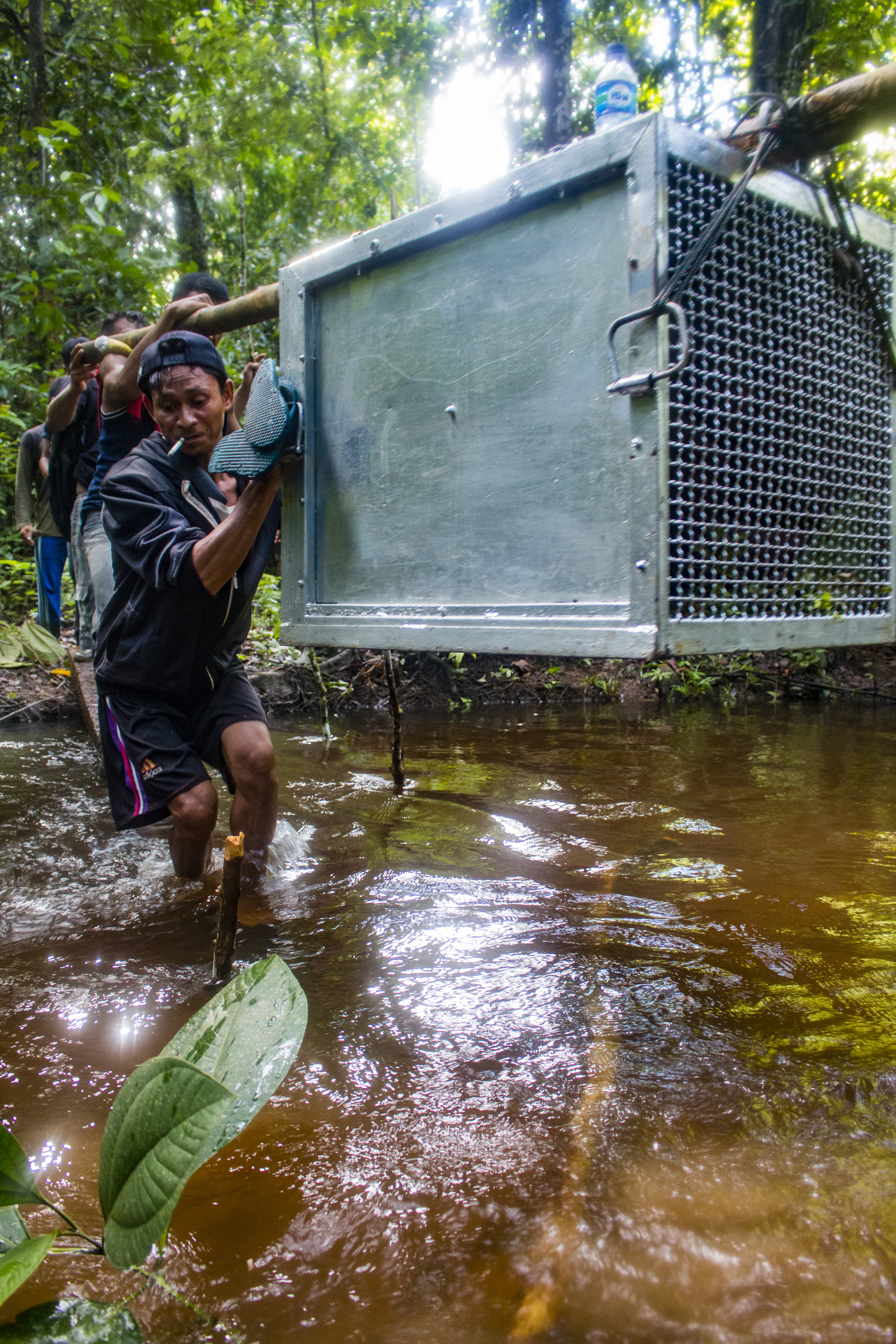 The pair were released into Gunung Tarak National Park after a journey which involved leaving the IAR centre at midnight and arriving at the edge of the forest at 5am.

In the video of the release operation (video can be seen below) Programme Director Karmele Llano Sanchez explains that the transport crates are to be carried deep into the forest by local men acting as porters. The eight kilometre trek from the edge of the forest to the release site takes four hours and involves crossing extremely rough terrain, but the team of porters make light work of negotiating fallen trees, swamps and rivers with the weight of the heavy crates on their shoulders.

After the two orangutans have been released, Sanchez says what a special moment it was for her to see them return to the wild. She explains that setting Susi free from the cruel chain around her neck was just the first step towards giving her back her freedom in the forest. Everyone in the team hopes that, after spending years together in rehabilitation at the centre, friends Susi and Desi will stick together and help each other adjust to their new life in the forest. 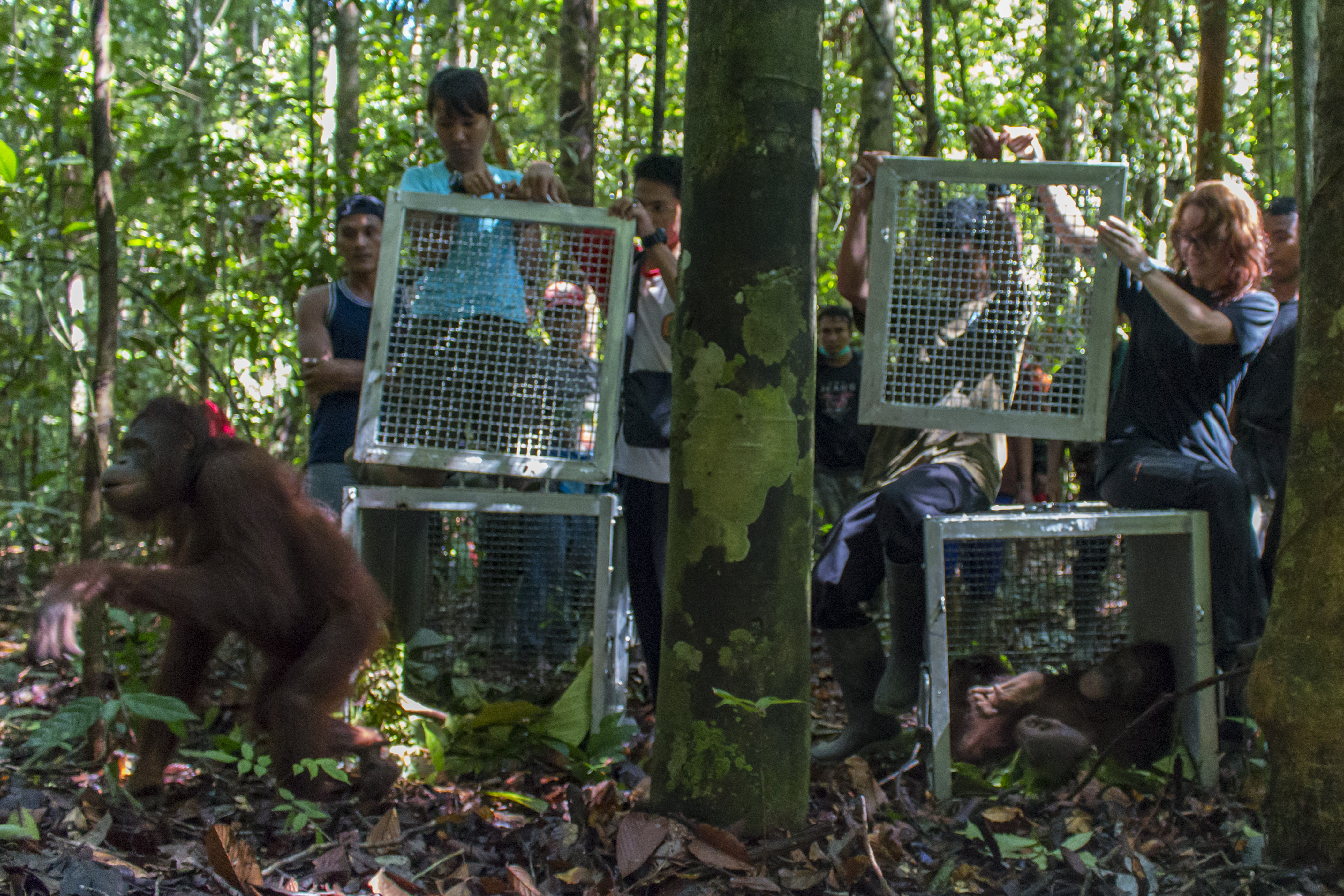 “The release of orangutans like Susi and Desi is the ultimate goal of our project. These animals were born to be wild and we are committed to giving as many of them as possible a second chance back in the forest.

It is thrilling to know that, after so many years of confinement, these two orangutans are now tasting freedom once again. Our thanks go to everyone who has helped make this possible.”