Orangutan Rescued with rope still around its neck

At the end of November our Human-Orangutan Conflict team rescued a female orangutan of about three years old. Villagers in Sumber Priangan Village, Nanga Tayap District, Ketapang Regency had informed our centre that they had seen an orangutan with a rope around her neck in their palm oil and rubber tree plantation. This suggested that she had been kept in captivity as a pet. Members of the team set off to verify the report and confirmed that they had found the orangutan with the rope still attached. So the following day the full team set off to rescue her, driving for three hours to reach the location. 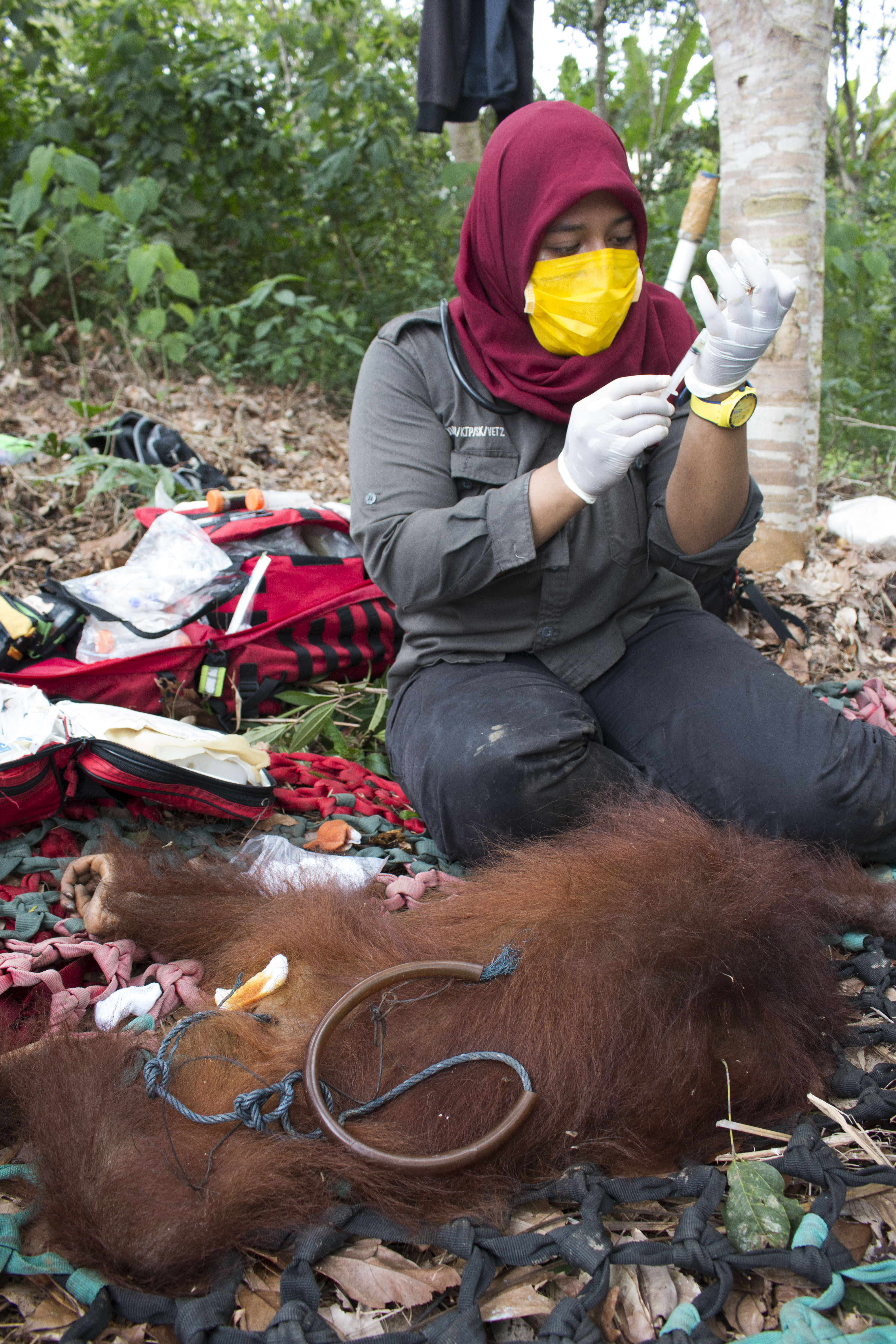 The rescue operation went fairly smoothly, although it was necessary to shoot the orangutan twice with the anaesthetic gun as the first shot didn’t have the desired effect. However, once the second shot hit her, the young orangutan started to climb down the tree and fell into the net held by the team below. Vet Ayu carried out a quick medical check up. She removed the rope and inserted a microchip and the team then placed her inside the transport cage. The orangutan woke up a few moments before was she put into the cage but fortunately our team is always prepared and able to handle the unexpected. They named the new arrival Kokom.

Kokom was driven back to our rehabilitation centre in Ketapang and safely installed in a quarantine cage where she will remain until she has been given a clean bill of health by the medical team.

IAR CEO Alan Knight said: “We’ll probably never know how Kokom came to be alone in a plantation with a rope tied round her neck. At three years old she should still be living with her mother high up in the tree canopy, learning from her what foods to eat, how to build a nest every night and how to stay safe from predators.

“Tragically Kokom’s mother is likely to have suffered the same fate as so many other female orangutans trying to protect their babies. She was probably killed and her baby captured to be kept or sold as a pet. Happily she is now safely in our care and, with the help of our expert team of vets and carers, Kokom stands every chance of one day returning to the wild.”