A new report from our education team in Ketapang, West Kalimantan (the Indonesian part of Borneo) explains their use of tools such as the Pedal Powered Cinema to raise awareness of the plight of the orangutan among even the most remote rural communities. The aim is to educate people living in Human-Orangutan Conflict (HOC) ‘hot spot’ communities by visiting schools and villages in the area. The project teaches environmental stewards of the future about the role healthy forests and orangutan populations play in their lives. This is one of our newer projects in Indonesia and it promises to play a crucial role in orangutan conservation.

Yayasan IAR Indonesia and Gunung Palung Orangutan Conservation Programme (GPOCP) have joined forces with Ape Alliance and the Great Apes Film Initiative (GAFI) to bring to Kalimantan, for the first time, the Pedal Power Cinema. We reported in January how we had taken the tool out to West Kalimantan.

The Pedal Powered Cinema, a tool to show awareness films in areas without electricity

This field cinema will help us raise awareness among local communities in the remotest parts of Kalimantan of the plight of the orangutan. Since the cinema is driven by pedal power alone enables us to reach communities that do not have electricity. By working with like-minded organizations such as GPOCP and GAFI, we aim to consistently build local knowledge and capacity in HOC hot spot communities by visiting schools and villages connecting with hundreds of school children and adult villagers over the next 12 months.

During the months of February and March 2014, YIARI together with GPOCP and a staff member from Natural Resources Conservation Agency (BKSDA) set in motion our ‘HOC hotspots’ education and awareness activities. We visited Tempurukan and Tanjung Baik Budi village. These educational events included visiting schools and villages/sub-villages using a mixture of activities to reach our target audience, such as lectures, film screenings and fun puppet shows for the children.

Tempurukan village watching an awareness film on the Pedal Powered Cinema, the locals were eager to pedal the cinema! 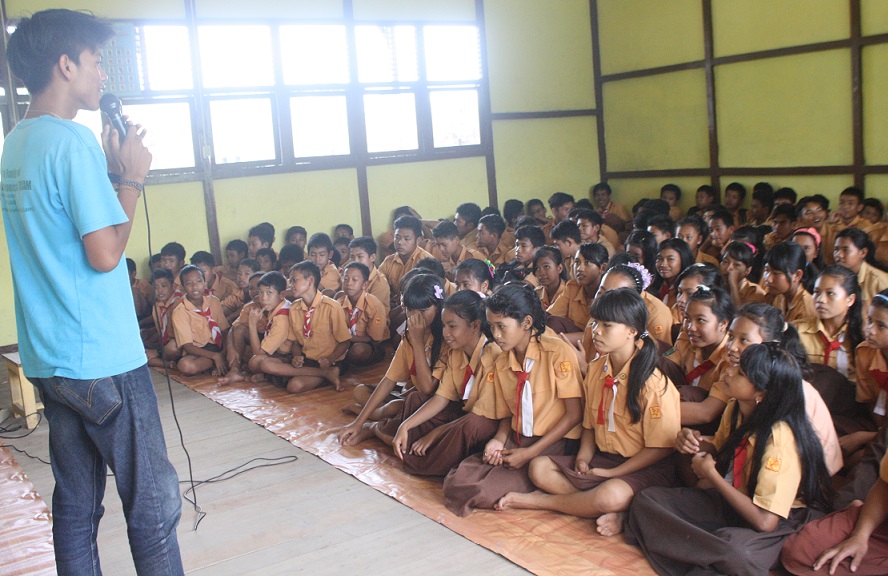 Pupils at a Senior School in Tanjung Baik Budi during one of our education events. 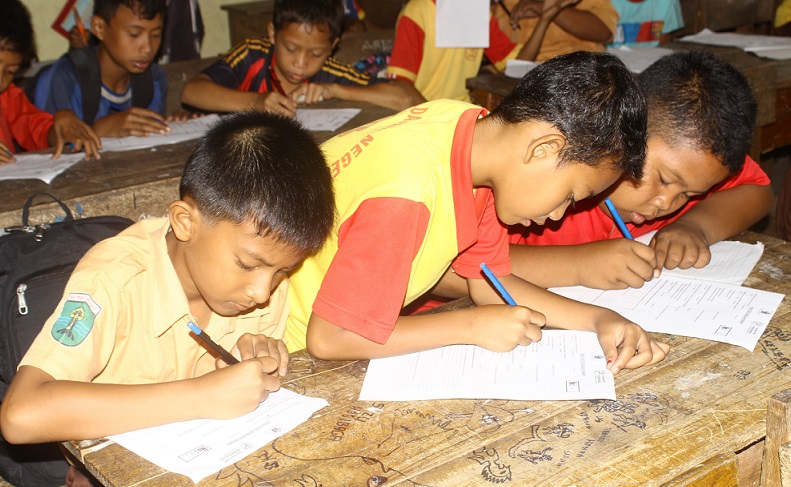 Children filling in questionnaires, based on orangutans, the forest and conservation law.

These results will enable us to evaluate our education and awareness activities to see if our education activities are having any impact on the views of the children and adults of these HOC hotspot communities. For example, one of the questions asked was ‘do you think it is legal to capture and keep an orangutan as a pet’ - there were mixed responses. Encouragingly, more respondents understood that it ‘was’ illegal to capture and keep an orangutans as a pet than did not. Not surprisingly, adults in the village communities were more aware of these laws than children, which is great news. Adults are the ones who routinely work in the farmland and the oil palm plantations. However, interestingly enough, children were still very much aware which could be a result of the teaching of their peers (family members, teachers etc.)?

When looking at the impact of our two separate education events, our stronger impact was with the school children. This was based on a respondent answering ‘Yes’ to the question ‘do you think it is legal to capture and keep an orangutan as a pet’ in the pre questionnaire and then answering ‘No’ in our post questionnaire. These results are encouraging and hopefully by our education events, both students and adult villagers are inspired to create positive changes for orangutan conservation. 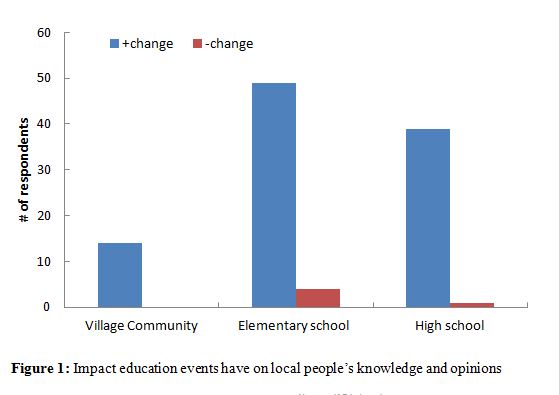