The third orangutan conservation camp was held on August 28th, 29th and 30th in the Pematang Gadung Villiage Forest. This particular location was chosen because this area has been used before to release orangutans back into the wild. Pematang Gadung is one of the forests in the Ketapang Regency and it has an extremely rich biodiversity. The area is home to many endangered species and, although the area is still not officially protected, it is patrolled and monitored by volunteer groups and local villagers.

This group was made up nine children who were all local competition winners. 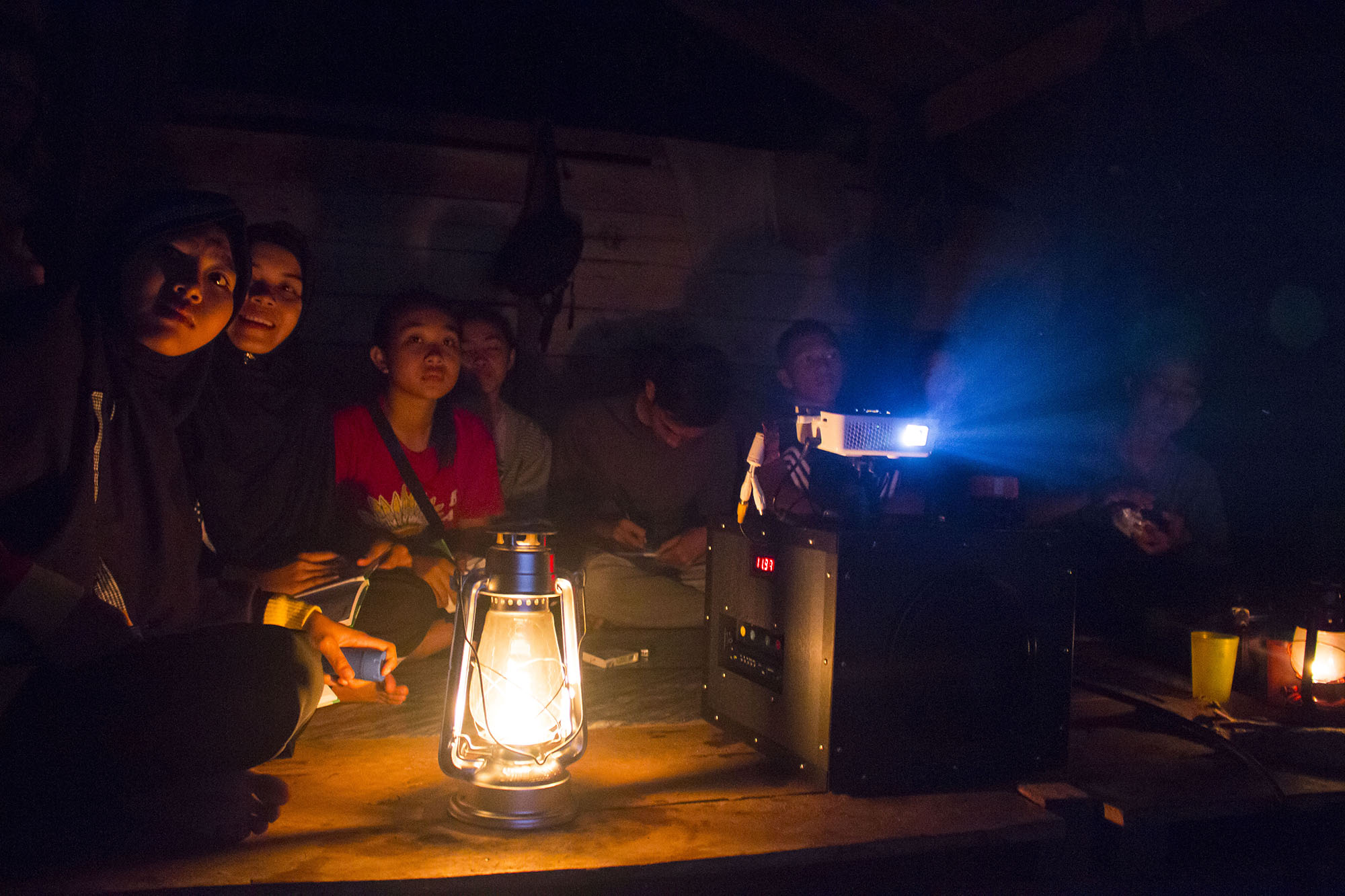 On their first day the group watched a documentary about Pelangsi. Pelangsi is a male orangutan who had his arm trapped in a snare in 2012. Upon being rescued Pelangsi had been trapped for days without food and water and the tissue in his trapped hand had become necrotic. In May 2012 the IAR medical team led by Dr Paolo Martelli, carried out an operation to amputate Pelangi's hand and lower arm which unfortunately could not be saved. Another six months of post-operation rehabilitation and Pelangsi was finally healthy and strong enough for release. After the documentary the group were all asked to reflect on the documentary and each give a comment on their thoughts. 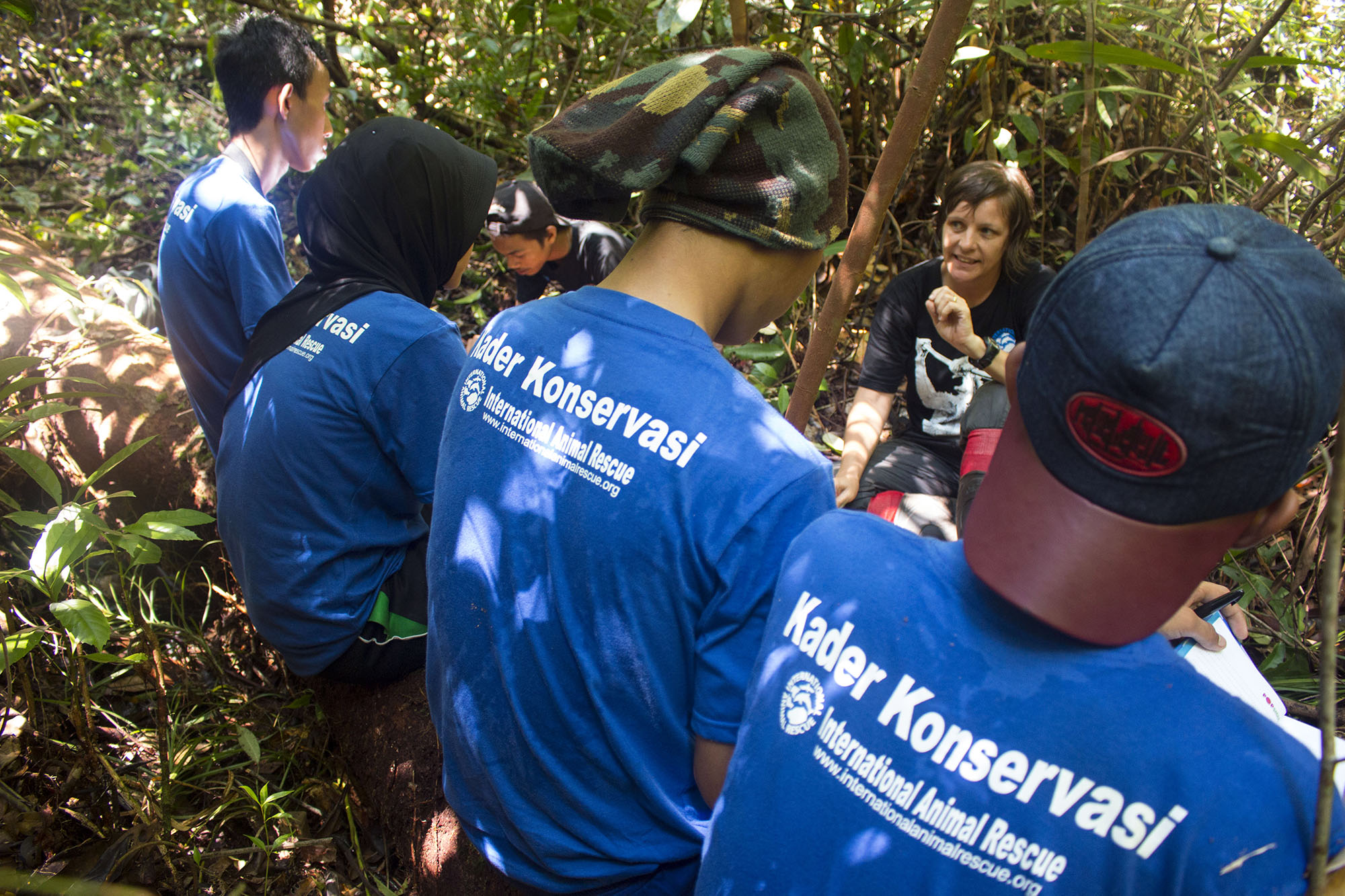 Day two consisted of a wide variety of activities. To begin with the participants were split into groups and treked around the forest to learn about various aspects of environmental conservation. The topics they were taught included forestry, orangutans, Yayasan IAR Indonesia and phenology. In the evening, the participants were tasked with using what they had learnt to create campaign posters. See image below for one of our participants wonderful campaign posters! The day ended with the group creating a song about conservation and all having a sing-along together. 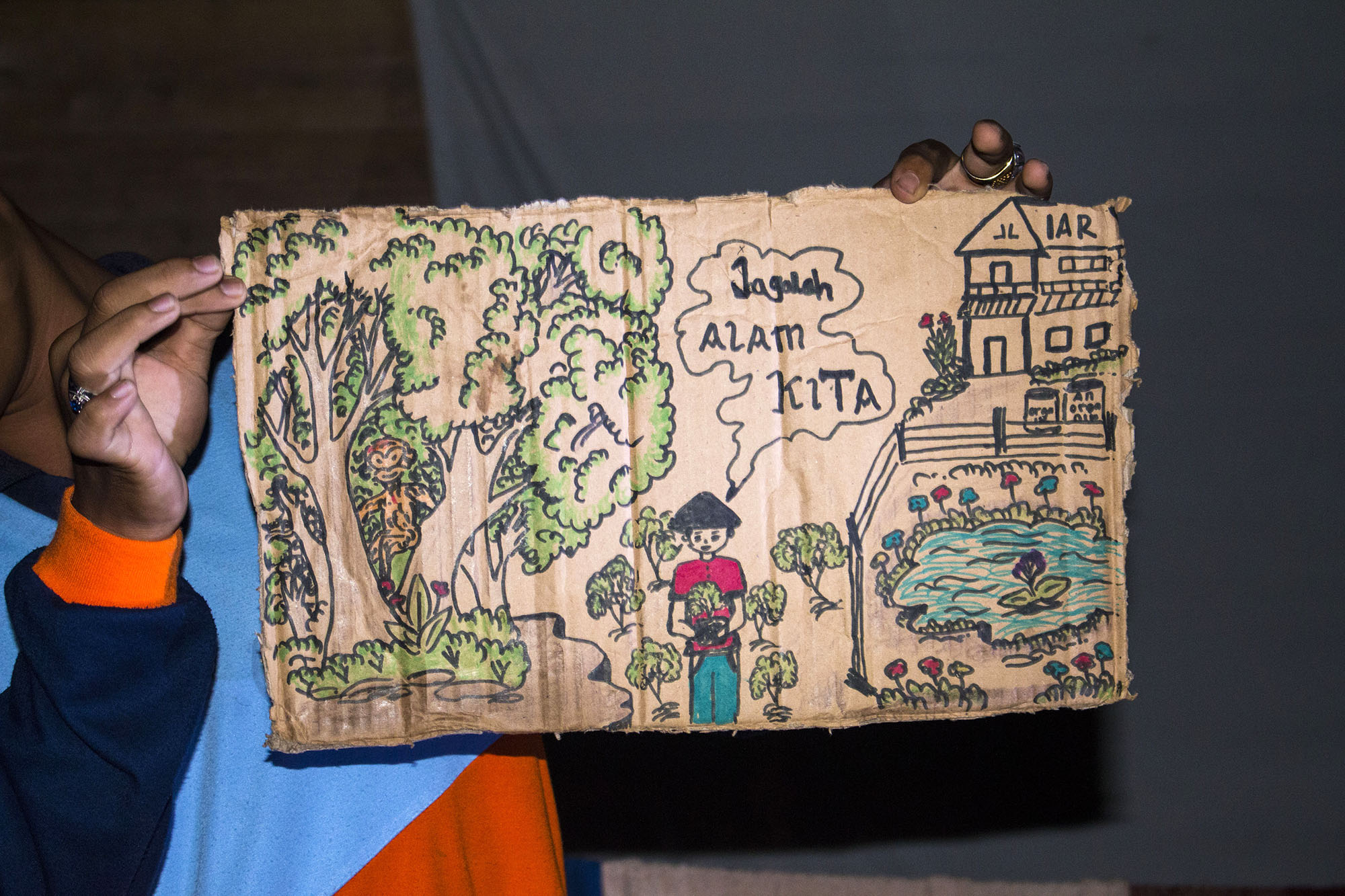 On the final day the group partook in a quiz about all that they have learned during their time at the camp. After the quiz it was unfortunately time to call an end to Conservation Camp 3 as everyone went home.

The aim of the camp is to encourage the participants to think more environmentally friendly and to become more active conversationists. We hope this group got something out of the experience and we really looking forward to welcoming our next bunch of participants for orangutan convervation camp 4!