This is a critical area for orangutan and forest conservation. The local community borders the National Park buffer zone and International Animal Rescue has received multiple reports of orangutans being poached from the surrounding forest to be kept as pets.

This year IAR partnered with the Gunung Palung Orangutan Conservation Programme and a local high school to plan a three-day conservation awareness and educational event in the Tayap district in honour of Orangutan Caring Week. 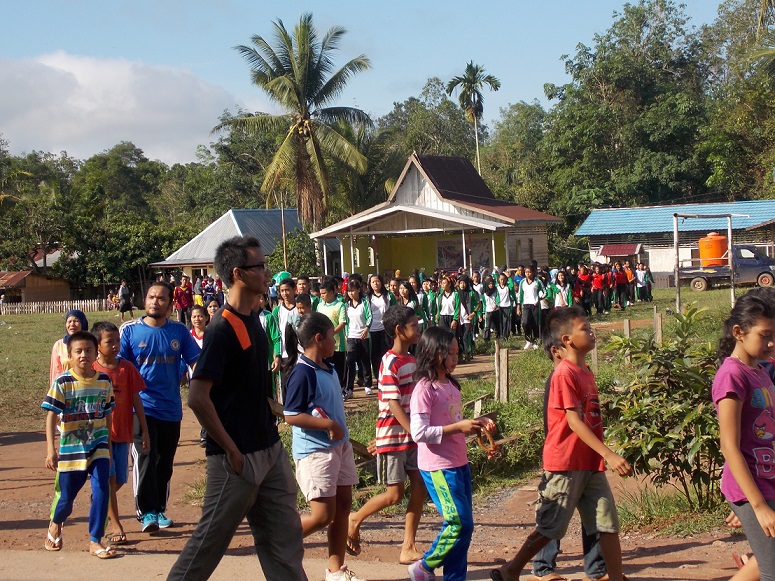 Together the groups held a drawing contest and puppet shows to teach elementary school children about orangutans and their habitat, and a 5 kilometre ‘one voice’ conservation walk that attracted more than 400 participants of all ages. There was also a concert of traditional Indonesian music that enticed an audience of more than 1000 people! Over the course of the evening group members shared information about orangutan conservation and Indonesian wildlife laws and gave away t-shirts and other prizes. All the participants were very enthusiastic and had a great time. 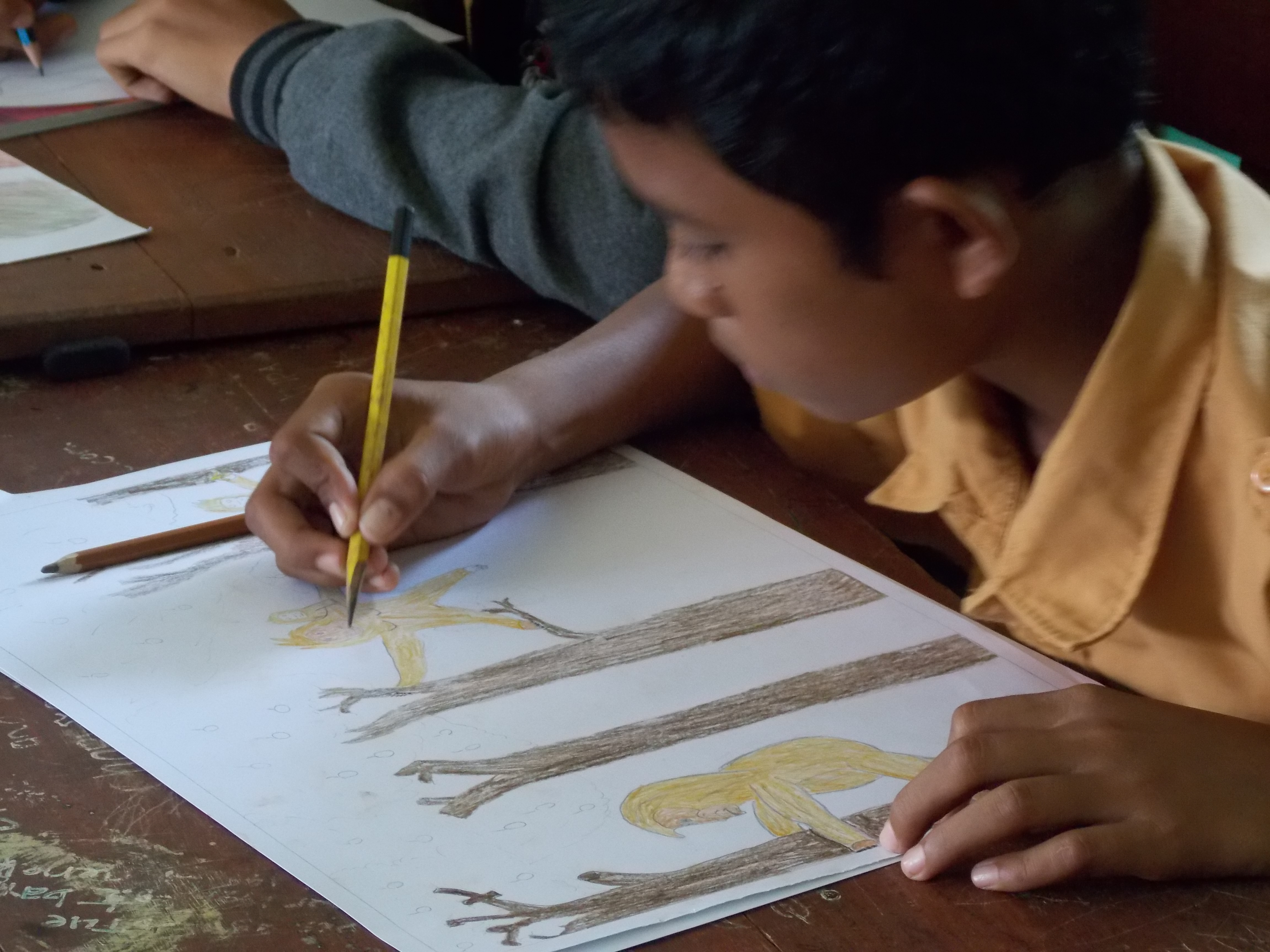 The drawing contest had one goal - to get an understanding of how local children view orangutans and orangutan conservation through ‘their eyes’. The IAR team began by giving a short overview to the children about orangutans, their habitat, the threats they face and conservation strategies. After this the children were asked to design a ‘sticker’ reflecting what they believe to be happening to orangutans and their habitat in their area. There were six winners and the first two lucky winners had their sticker printed and distributed throughout Ketapang and Kayung Utara regions. 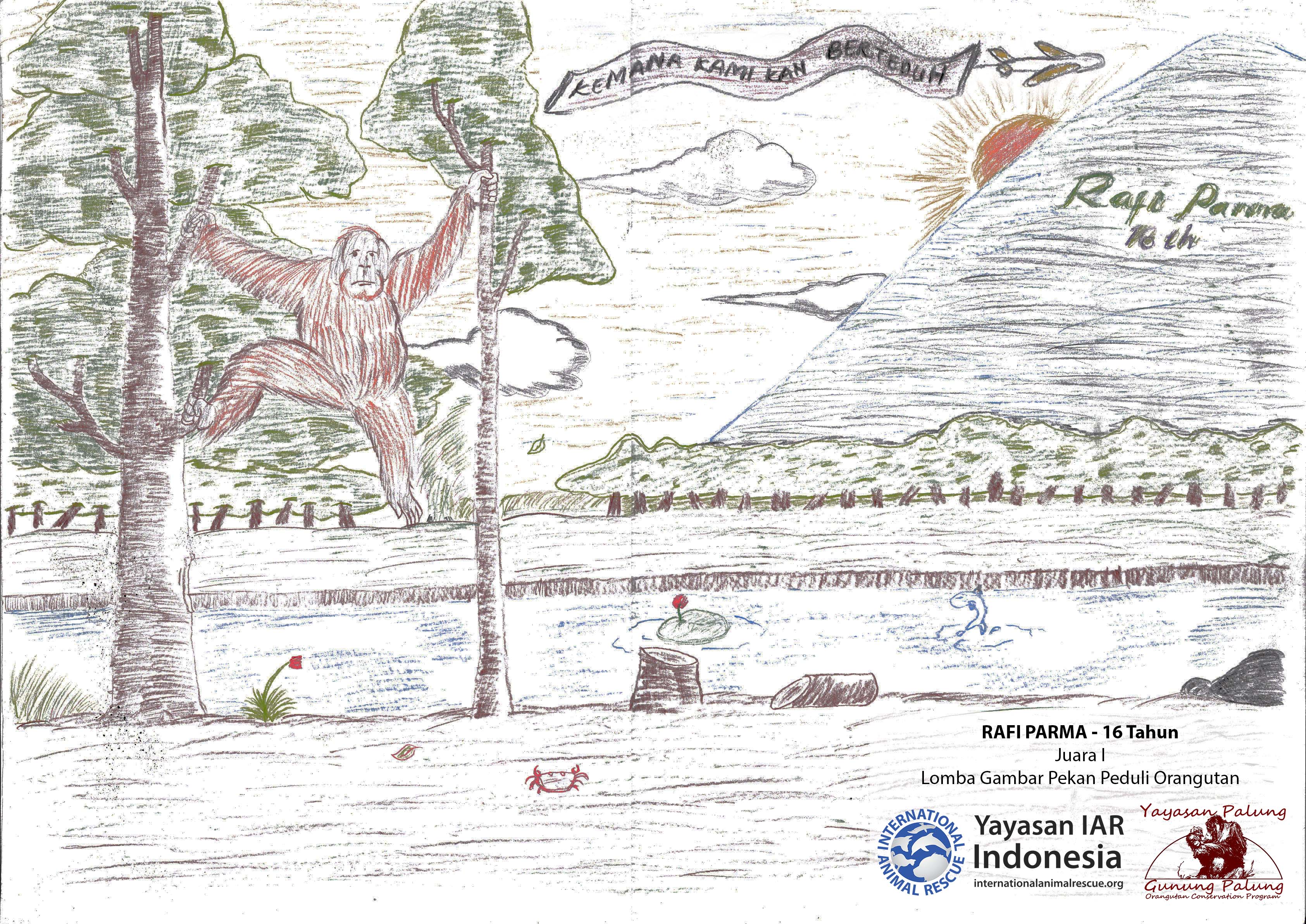 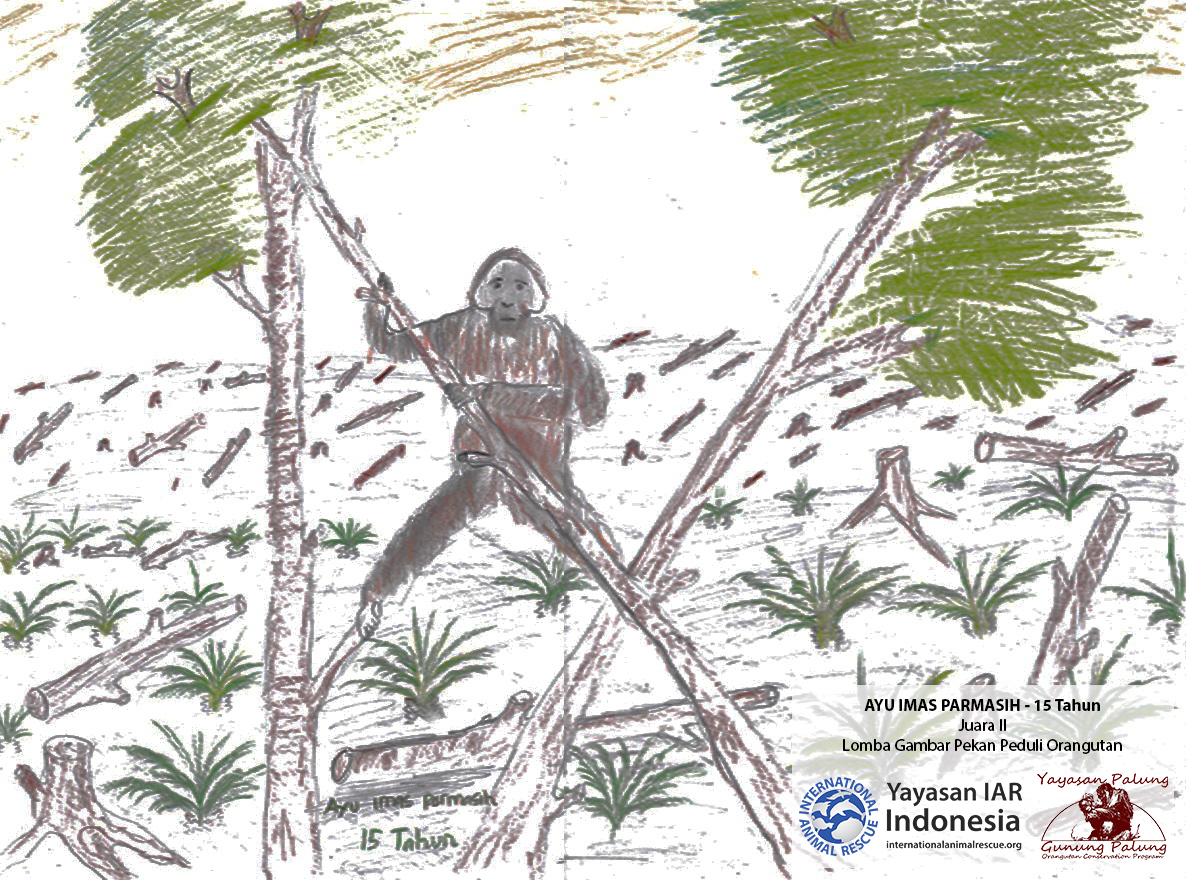