The IAR Rescue and Medical team has once again had to evacuate an orangutan from an oil palm plantation in Ketapang, Western Borneo. The challenge was to rescue and translocate one adult flanged male safely from a very small patch of peat swamp forest also surrounded by a moat of water separating him from newly planted oil palm seedlings. Surprisingly, this wild adult male, later named Hans, had managed to eke out an existence on this very small patch of forest for months, surviving pretty much on anything he could find to supplement his daily needs: leaves, tree bark and oil palm shoots. The latter of course was a bone of contention to the oil palm company. The orangutan would not have survived for very much longer and would have ended up dying of starvation. Once more IAR’s team saved this orangutan from certain death. 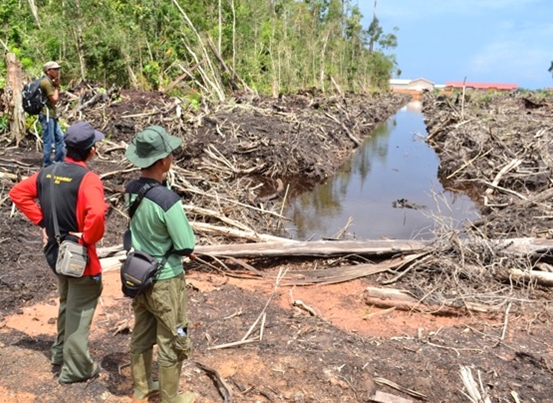 Small patch of peat forest where Hans eked out an existence

On arrival the rescue and medical team, led by Argitoe and Dr Adi Irawan, quickly set off to the fragmented forest block where Hans was being monitored by oil palm workers. He was estimated to be 15 years old, extremely thin and malnourished and in a life-threatening situation if left in this condition. Immediately, the team made preparations for what could be another long rescue. The dart was filled with the correct dosage of tranquilliser and the dart gun was loaded ready for shooting. The safety net was unravelled and everyone took up their positions. The team followed Hans for many gruelling hours but could not find a safe position to anaesthetise him. He was an expert at avoiding the tranquilliser gun.  Exhausted and more than a little frustrated after chasing Hans for most of the day, the team admitted defeat, packed up and headed back to base camp to draw up a plan for the following day.

As the second day of the rescue operation began, our team resorted to drastic measures. They climbed and felled trees to ‘cut off’ Hans’ arboreal pathways. Finally, he was in a suitable and safe position for Argitoe to sedate him. It took some time for the drug to take effect after which Hans fell safely into the erected hand-held safety net below. 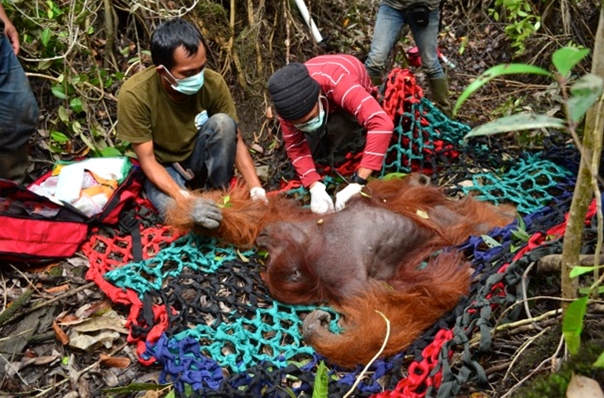 Dr Adi quickly checked his health and fitted him with an identity chip. Even though he was very clearly quite skinny owing to a long period of near starvation, Hans was healthy and could be immediately translocated to a safe forest. The following day he was released into his new forest home of Mount Tarak. 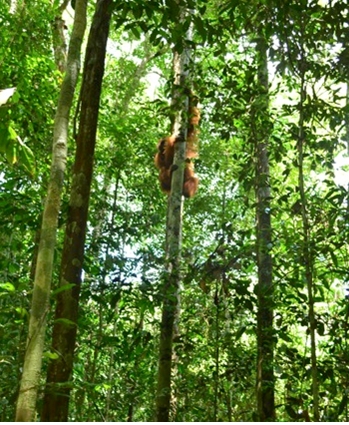 This exhausting rescue operation took three full days but this time there was a happy ending.

“Every time we are called on a rescue and we manage to save one individual we always think of how many other orangutans and other wildlife we aren't able to save," said Karmele L Sanchez, Project Director of IAR Indonesia. "Deforestation is happening so quickly that we aren't able to cope with the problem. However we must just try to be happy for each single individual we save as the population is declining so rapidly. This would not be possible without our amazing Rescue Team."

Dr Gail Campbell-Smith, Project Manager of IAR Indonesia, added:  “Rescuing wild orangutans like Hans is only part of the problem we have to deal with. Equally challenging is the identification of suitable “safe” areas of forest where we can release them. The surveys and studies we carry out to find sites and gather the data required to assess their suitability involve considerable time and resources but they are one of the most vital parts of the conservation process.”

In Ketapang alone there are nearly 100 oil palm concessions and the IAR Rescue Team works round the clock to try to save orangutans from this rapid deforestation and loss of habitat.