IAR's Orangutan Rescue Centre takes in Wawa, bringing the total number of orangutans at the centre to 70.

On 19 September IAR’s rescue team left Ketapang and drove for 14 hours to Sanggau village, near Pontianak, West Kalimantan, accompanied by members of the BKSDA (Forestry Dept) to rescue a male orangutan called Wawa. His rescue brought the total number of orangutans at our centre in Ketapang to 70.

Pak Suryadi, an employee of the local forestry dept, was working in the area of Sanggau when he saw the frail looking orangutan, chained by the neck to a tree at the back of a house. He approached Pak Akim, Wawa’s owner and explained to him that it is illegal to keep orangutans and persuaded him to surrender Wawa. He discovered that Pak Akim had owned Wawa for five years after buying him from a friend in Ketapang. Pak Suryadi took Wawa to his home as there was nowhere at the office to keep him. 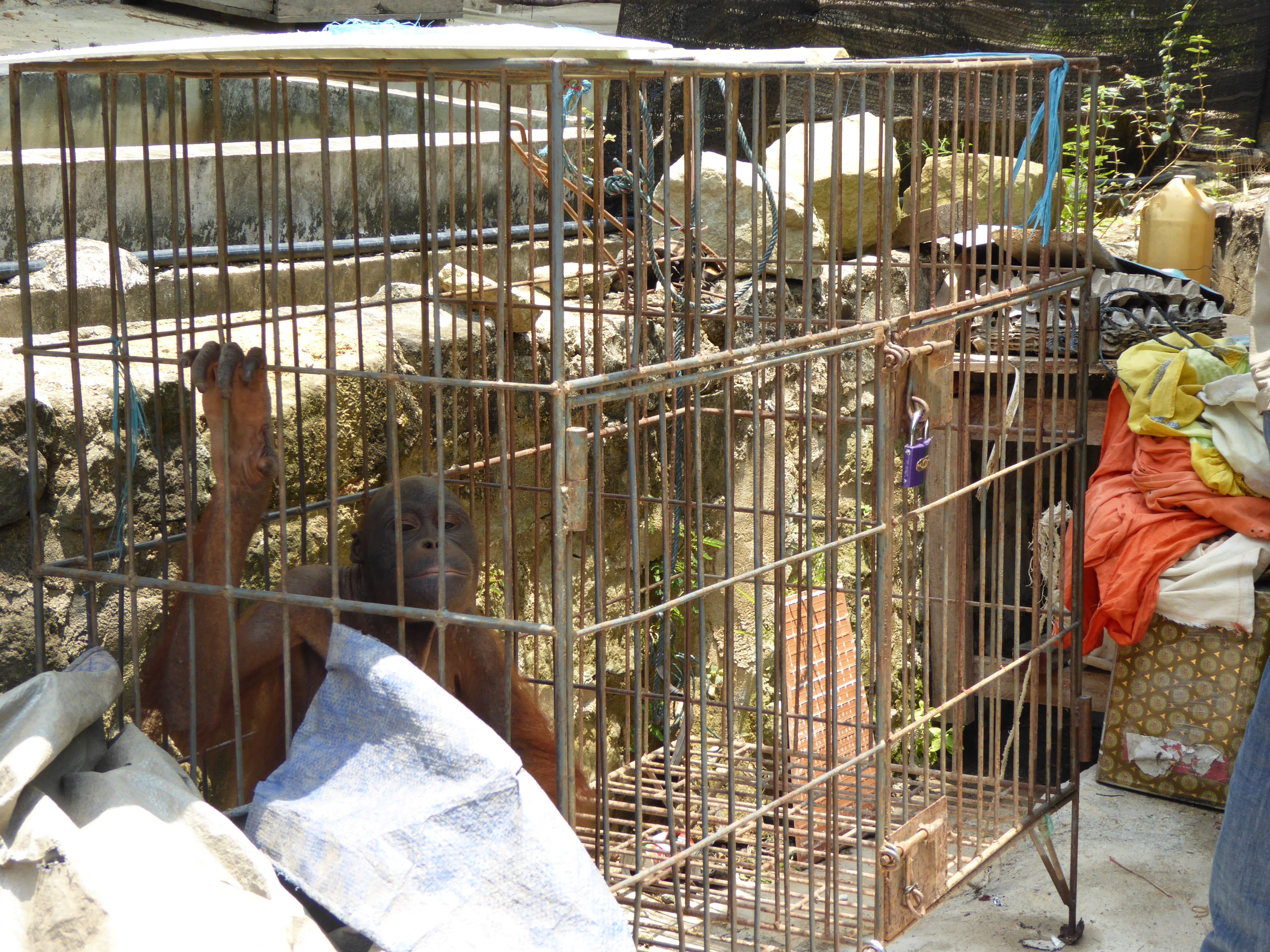 Wawa was with Pak Suryadi for one week. He was kept in a cage and fed on rice, vegetables, rendang (an Indonesian spicy meat dish) and coffee. Wawa is small for his age of between 5 and 6 years old. He has very little hair and bad skin. This is the result of malnourishment after being fed on rice and sweet drinks for so long. 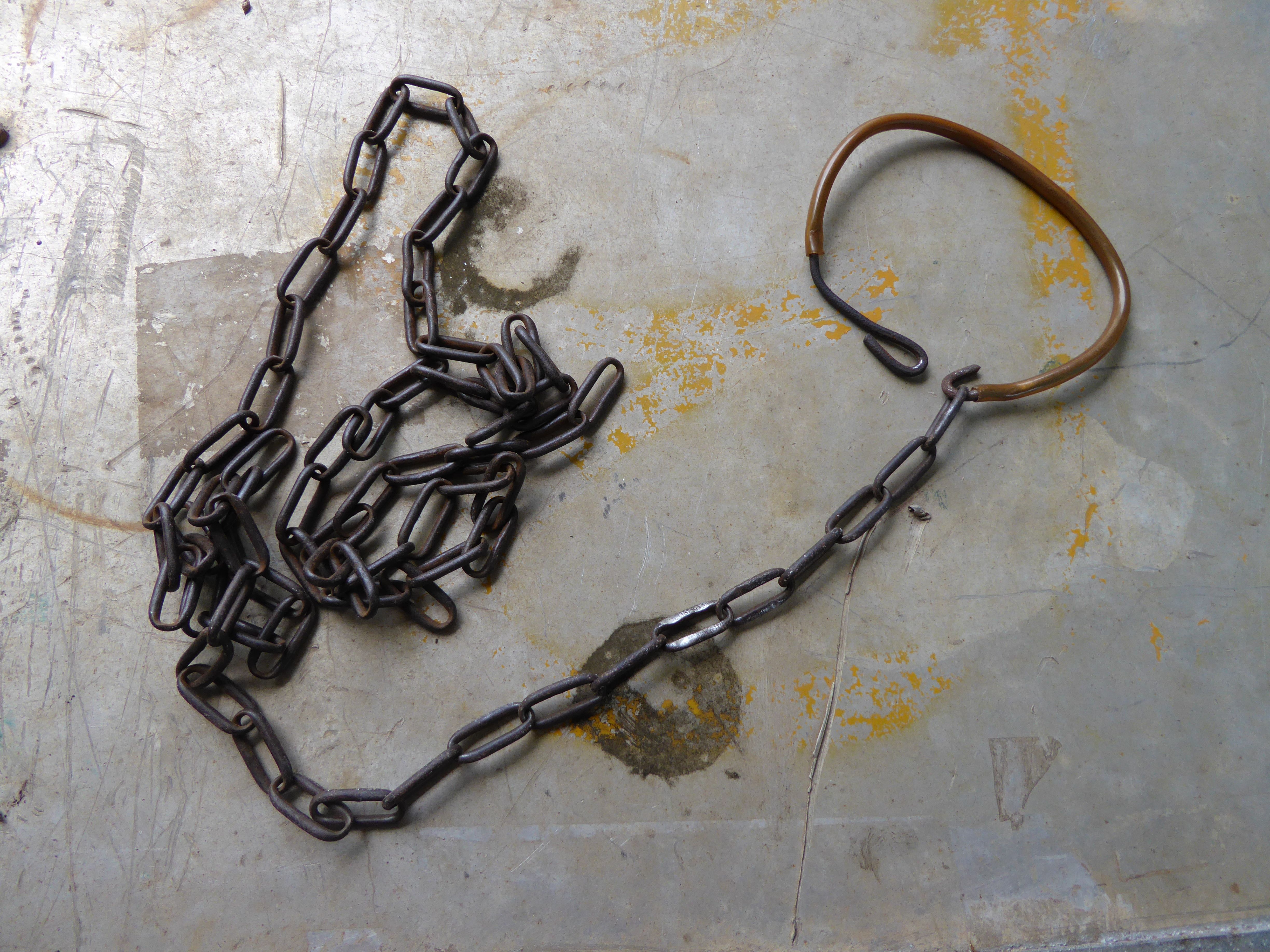 The chain he had been kept on was quite short and his owners had put a rubber cover on the neckpiece to stop it cutting into his neck.

The rescue team and Wawa finally returned to Ketapang on 21 September after a long and treacherous journey involving bad road conditions and poor transport. Although Ketapang is originally where Wawa came from, his forest home has now disappeared and been replaced mainly by agriculture and palm oil plantations. Wawa has quite a sweet and calm temperament but will bite when in stressful situations. He is now in quarantine at IAR’s centre and has yet to undergo his health test. 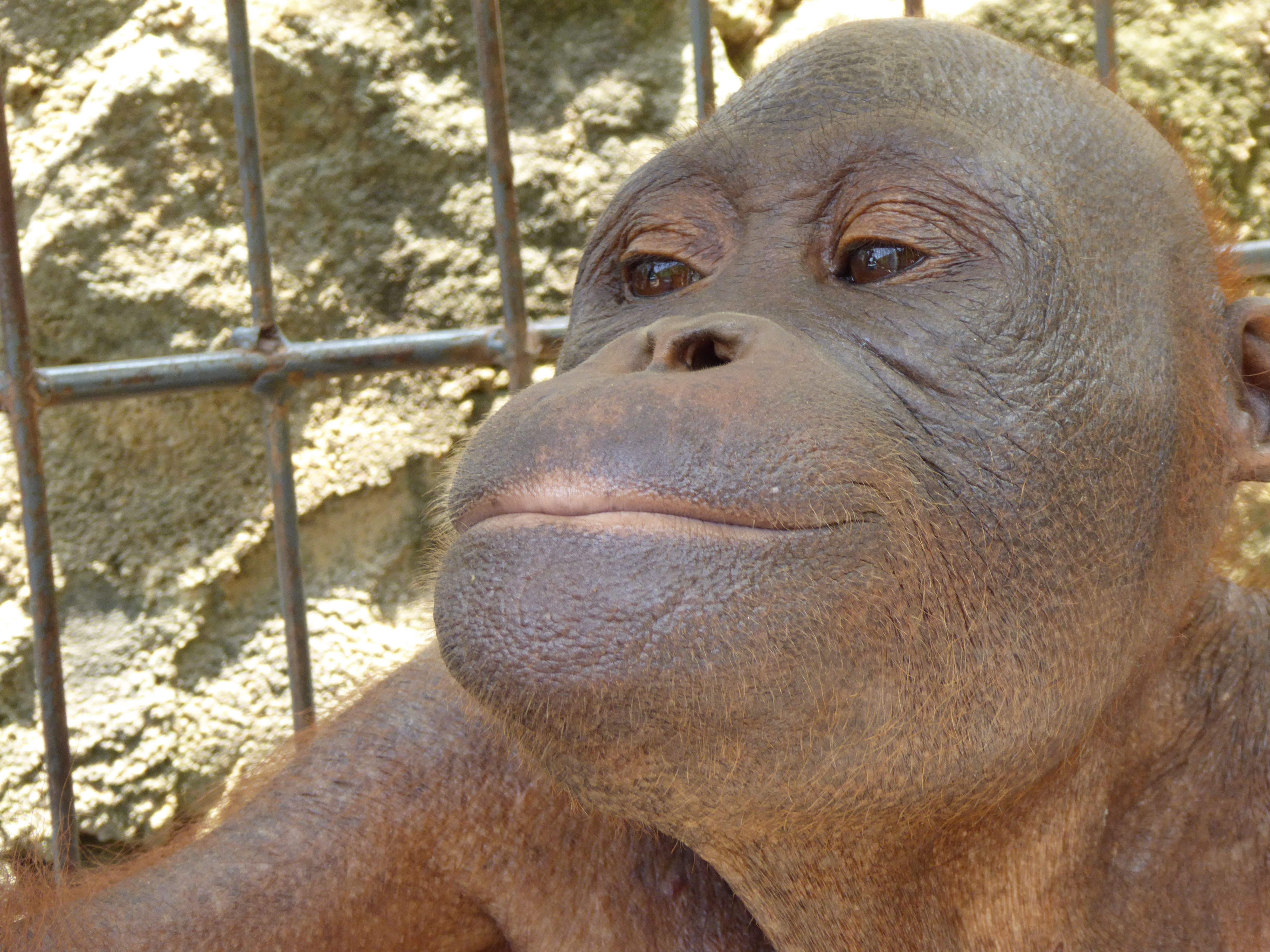 Karmele Llano Sanchez said: “Wawa’s story is typical of so many of the orangutans in our care. They have spent years chained up or confined to a small cage with no ability to exercise or climb. They have existed on an entirely unsuitable diet and many, like Wawa, suffer the consequences with hair loss and serious skin conditions. At least now, with us, he has hope for the future and a return to life in the wild. However, with increasing numbers of orangutans in rescue centres across Indonesia, our greatest concern is whether sufficient rainforest will be preserved and protected to provide a natural home for them.”

Please help us care for Wawa by making a donation or visiting the orangutan rescue shop and purchasing a t'shirt or a delicious treat for our orangutans.