IAR takes in 3-year-old female orangutan called Kibo, who was kept as a pet for 2 years

On 18th October our rescue team accompanied by BKSDA (Forestry Dept) and The Police went to Desa Malapan Baru, Dusun Sengkuan, Air pas, where they rescued a 3-year-old female orangutan called Kibo.
Kibo’s owner claimed that he had found her, alone, in a land clearing area of Belanjiran State in Kelampai, when she was a small baby. The owner and his wife really liked Kibo and took pity on the small orangutan. They liked to keep pets so they took her to their home, where for the past two years they kept her in a wooden cage about 1 meter square, but would regularly let her out every day. 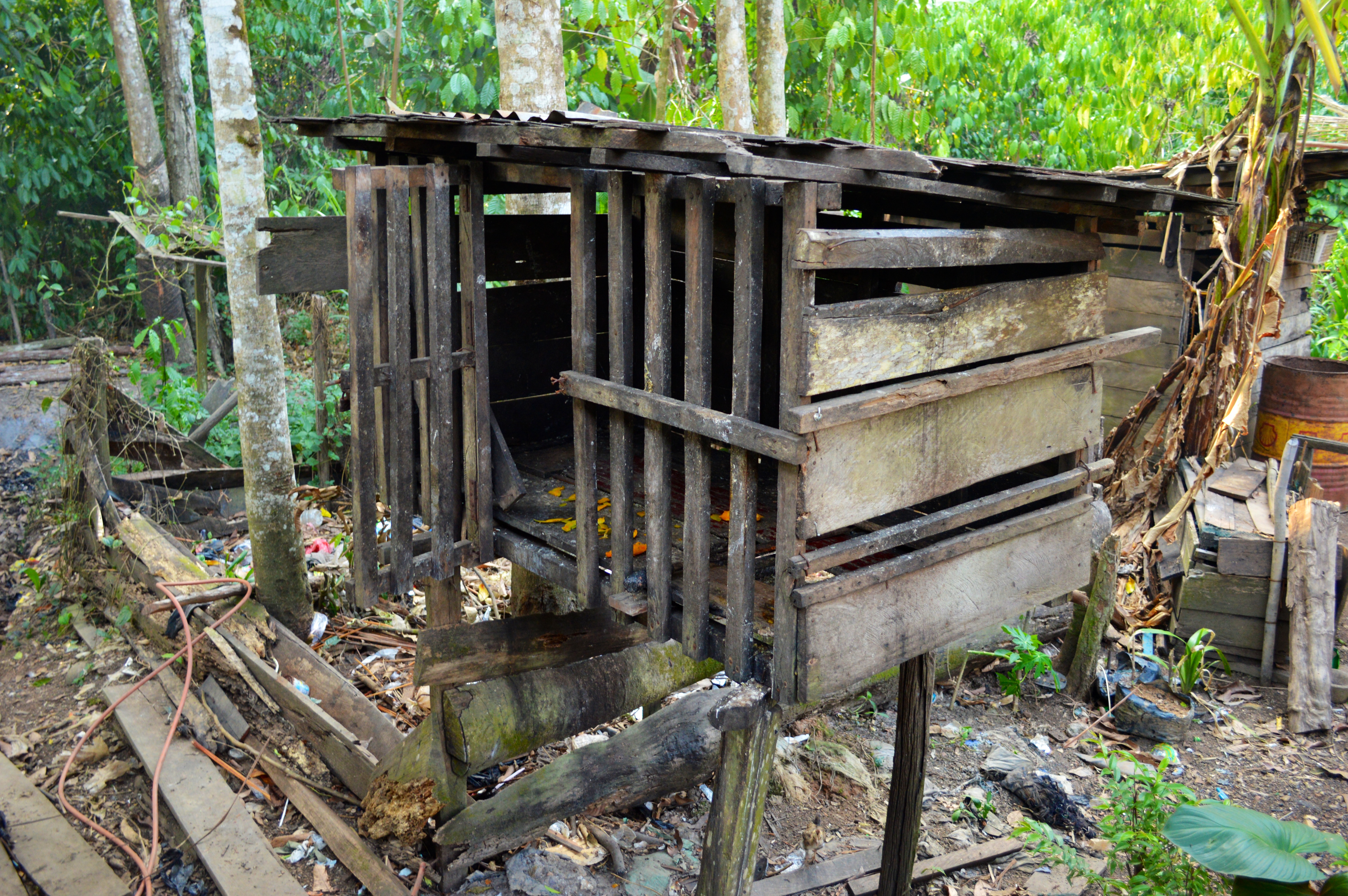 The cage was kept at the back of their house, where they had many other animals, hens and ducks. They fed her twice a day with rice and fruits. During Kibo’s time living there she had been sick once, with diarrhoea and vomiting, but they did not treat her with anything and it just passed.

The owners were fond of Kibo and were very gentle with her and would give her a bath every day. They cried when they had to surrender her. Kibo was brought to our centre in Ketapang and is now going through quarantine. She has already undergone her initial health testing and is settling in well. 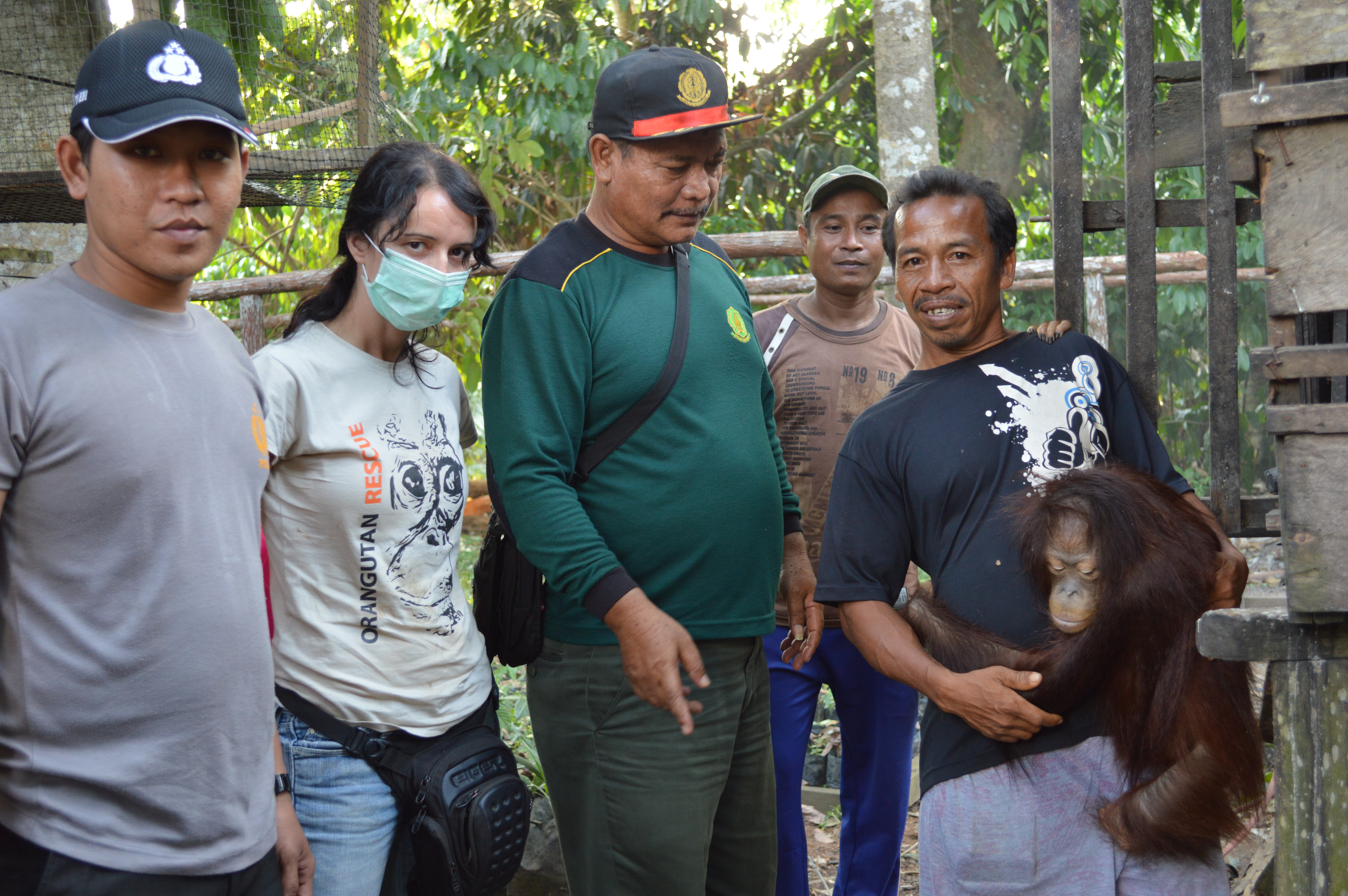