IAR take in the youngest orangutan received at the centre - Jemmi

His name is Jemmi and we estimate he is less than six months old, as he still doesn’t have any teeth and only weighs 2kg.

Pak Dodi, an ambulance driver from Ketapang Fatima Hospital, was called out to a patient’s house in the area of Pesaguan. When he arrived at the premises he saw the tiny orangutan tied in a box at the front of the house. Pak Dodi informed the resident that it is illegal to keep an orangutan and asked how he came to have it. The owner claimed that he had found Jemmi alone in the forest. This is highly unlikely because such a young infant would constantly be attached to his mother.

The owner handed Jemmi, in his box, to Pak Dodi who took him back to his own home, while he figured out whom he should surrender the young orangutan to. He finally telephoned BKSDA (Forestry Dept) to tell them about Jemmi. Pak Dodi stated that he had looked after Jemmi for the last five days, at his home in Sungai Cina He had been feeding him sweetened condensed milk and baby food and at night Jemmi had slept with Pak Dodi's child. Infant orangutans constantly need to cling and Pak Dodi had given Jemmi two small bolster cushions to cling to for comfort. 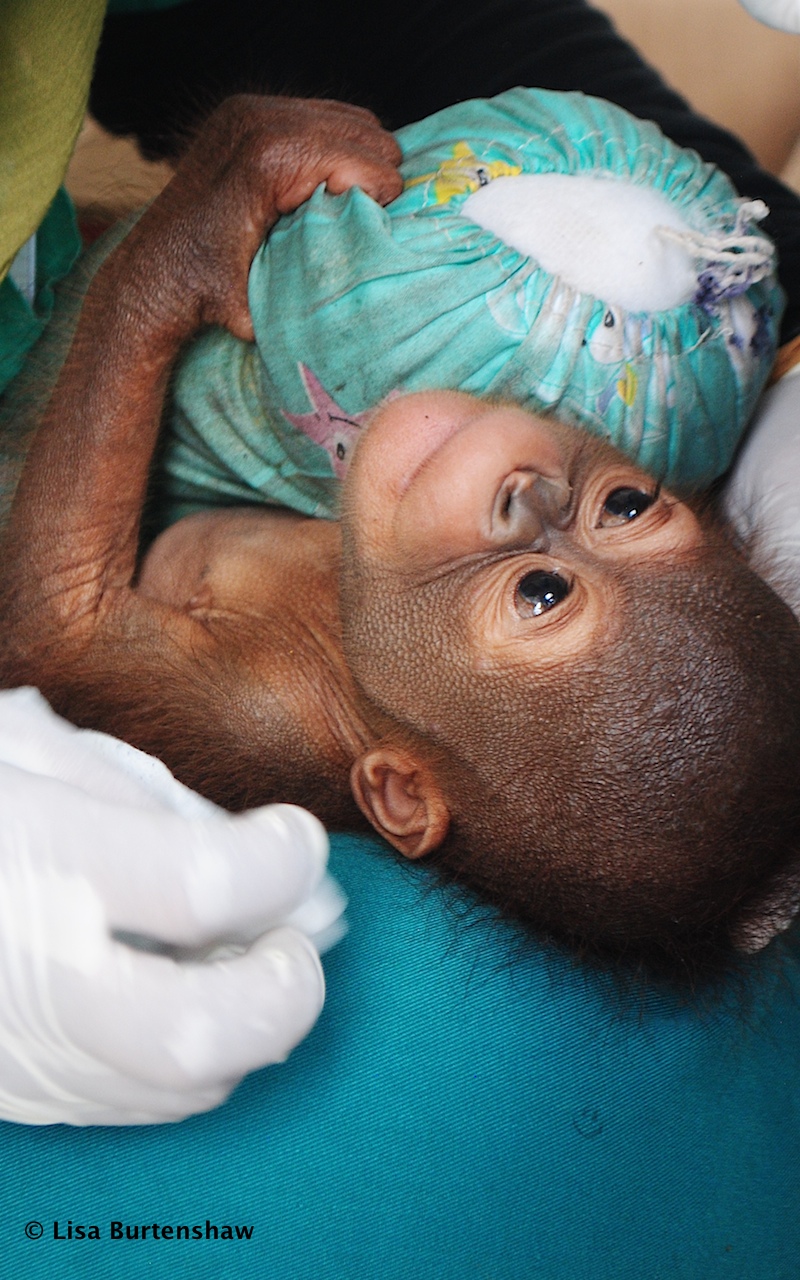 Jemmi arrived at IAR’s centre in Sungai Awan, Ketapang, still in his cardboard box, clinging to his bolster cushion. His left leg is slightly swollen due to being tied up and according to information from Pak Dodi, Jemmi was dehydrated when he first took him home.

Jemmi is now under 24 hour supervision from our medical team, drinking infant milk formula and receiving lots of care and attention. He is already settling well, sleeping through the night, taking his milk and is very contented spending time in his hammock with his bolster cushion and teddy bear to cling to.