IAR releases photos and footage of latest rescued baby orangutan, accompanied by an urgent message about the plight of orangutans in Indonesia.

To coincide with International Orangutan Day a International Animal Rescue has released delightful photos and footage of the latest baby orangutan to be rescued by its team in West Borneo. IAR has also issued an urgent message about the plight of orangutan populations in Indonesia, stating: “If ever there was a time to act to save orangutans, that time is now.”

Baby Asoka is the latest orangutan to be cared for by the team at IAR’s rehabilitation centre in Ketapang, West Borneo. Like so many of the orangutans in the centre, he was taken from the forest and kept in the home of a local man. The villager claimed to have heard a sound like a crying baby when he was out fishing and found Asoka alone in the forest without his mother. 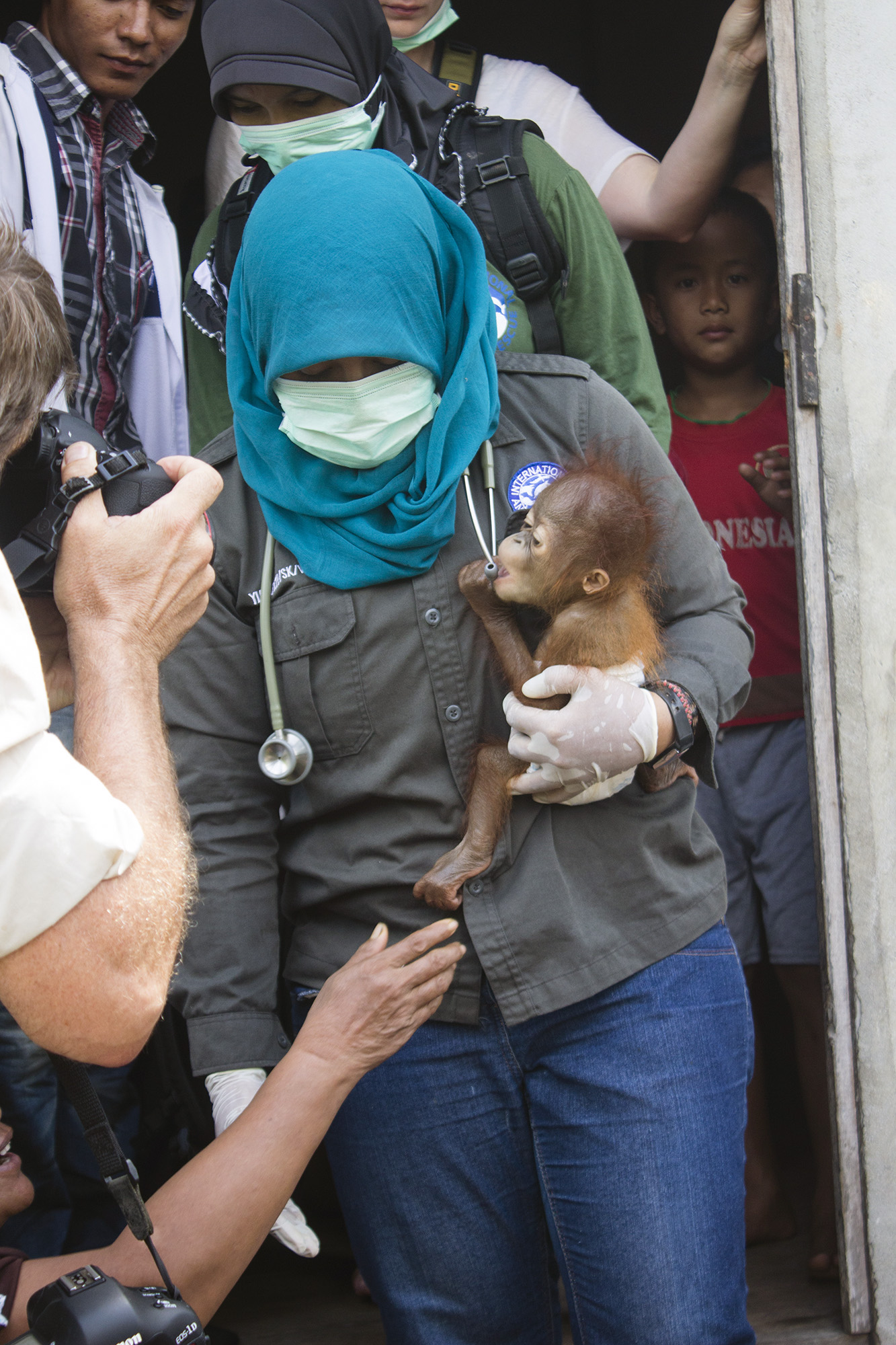 Apparently he felt sorry for the baby and took him home. But knowing that the orangutan is a protected species, the villager contacted the local forestry department (BKSDA), asking them to collect the young orphan and move him to a better place. Asoka stayed with the family for four weeks and slept with the man and his wife. He was fed on condensed milk four times a day.

He was then taken into the care of the veterinary team at IAR’s centre and has undergone a series of medical checks to assess his condition. He is about four or five months old and weighs just 2kg. 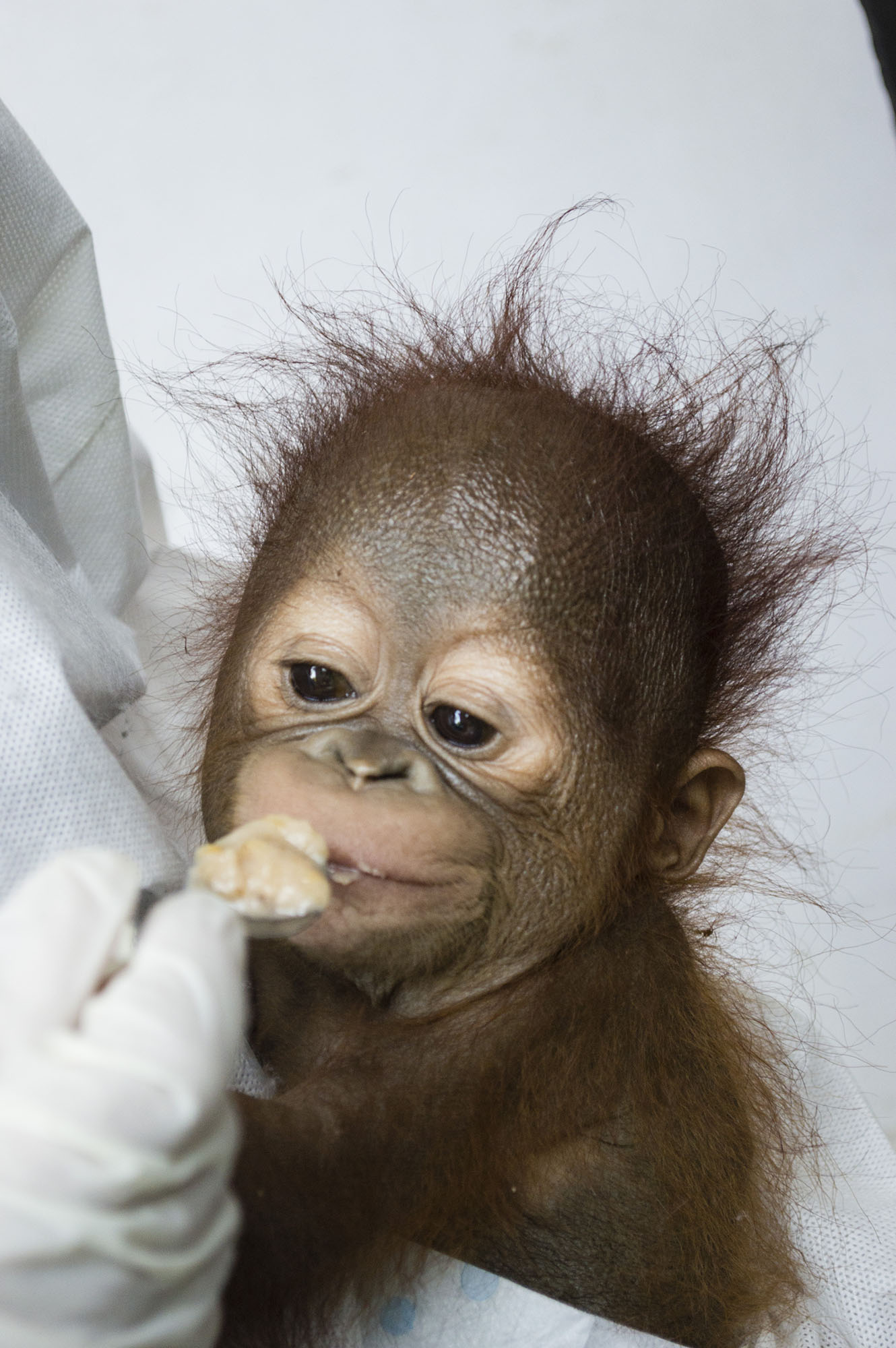 “Little Asoka is the latest orangutan to come in to our centre,” said Alan Knight, CEO of International Animal Rescue. “He is as cute and contented as can be but his story is typical of the tragic fate threatening the survival of orangutan populations in Borneo and Sumatra. As the palm oil industry continues to devour the rainforest, more and more orangutans are left homeless, hungry and vulnerable to hunters. The adults are killed while the babies are torn from their dying mothers and taken to be sold as pets.”

“If ever there was a time to act to save the orangutan, that time is now,” Knight continues. “Our team in Indonesia is working flat out to rescue and care for these victims of deforestation but the number in need of help just keeps on growing. Rescue centres like ours are overflowing with animals undergoing rehabilitation in preparation for their return to the wild. But by the time little Asoka is ready for release, will there be any forest left for him to return to?

“Today is the day, now is the time for everyone to act to help orangutans. At International Animal Rescue we are tackling the problem on every level and we need all the help we can get.

“On this special day dedicated to the orangutan, please help us save the orangutan and ensure little Asoka still has a home in the forest to go to when the time comes.”