Education is a key part of IAR’s activities in West Kalimantan, and every August 19th the team in Indonesia celebrate International Orangutan Day, by bringing local people together to celebrate orangutans and their tropical forest home.

Our Education and Human Orangutan Conflict team worked incredibly hard to organise and host a number of events, and this year was extra special due to the involvement of our Conservation Kids, a community of local teenagers who have joined together to spread our conservation message throughout Ketapang, West Kalimantan.

The day started with a poetry competition held in the centre of Ketapang, where teenagers from local schools theatrically performed poems based on orangutan conservation and biodiversity issues, using costumes and puppets to take the message to the appreciative audience. This event was followed by a music competition, where young people, formed in to duos or groups, performed songs they had written about orangutan conservation. The event featured compositions inspired by western rap and pop music, and more traditional Indonesian music, and it was amazing to see the passion of Ketapang’s youth, and their incredible talent. 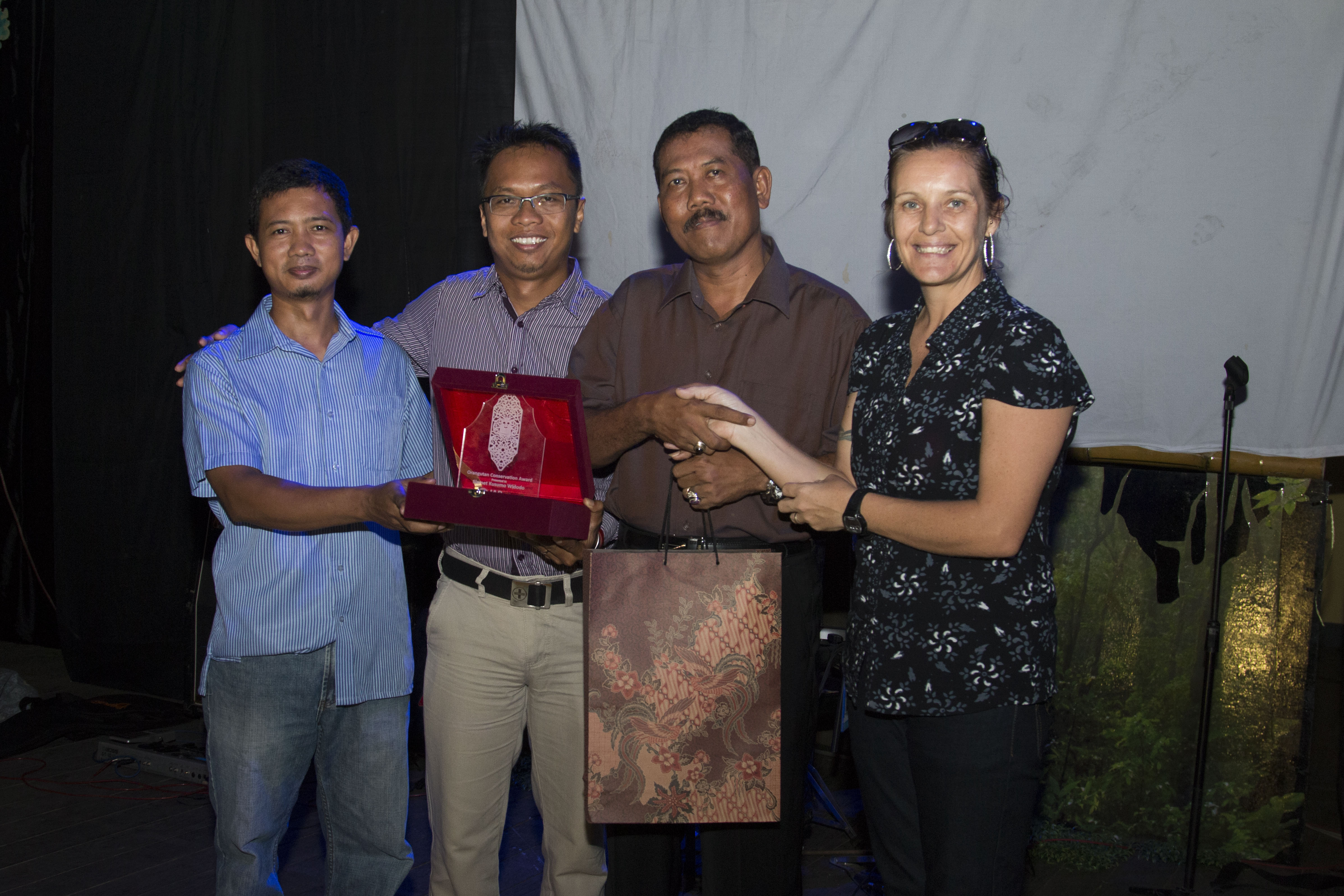 ​During the past week our teams and the community of Conservation Kids organised a five-a-side football tournament in Ketapang. The sport, known locally as footsal, is incredibly popular, and this competition spread our conservation message to well over 200 teenagers in the area. The winning team were awarded a series of prizes, gratefully donated by ‘green’ businesses in the local area, with the winning team taking centre stage at our showpiece International Orangutan Day event in Ketapang on Friday evening.

The event brought together all participants in our activities for an evening of celebration of orangutans, and featured traditional dancing, music by IAR staff and a specially designed musical performance by Ketapang local teenagers using nothing but discarded rubbish materials. The whole evening had a strong conservation message, featuring additional speeches, performances and poetry readings, and culminated in our prize giving ceremonies, with awards given to competition winners. The evening also saw the giving of IAR’s first ever conservation award, established to honour those who have gone above and beyond to help orangutans and our work, which was presented to the head of the local police force.

The whole day was an amazing success, and reached a large audience in Ketapang, with up to 500 people vising the different events. The day would not have bene possible without our large community of Conservation Kids and volunteers, and is a testament to the amazing work of our Indonesian staff.