IAR is thrilled to be supporting the work of a wildlife refuge in Costa Rica which helps howler monkeys and other native wildlife. Refuge for Wildlife in Nosara (Fundación Albergue de Animales de Nosara) takes in wildlife from all over Costa Rica. Many of the new arrivals are very young orphaned howler monkeys.

Founded by Brenda Bombard in 1999 and registered as a legally titled Costa Rican Non-Profit in 2015, Refuge for Wildlife shares IAR’s commitment to the rescue, rehabilitation and release of injured, displaced and orphaned wildlife

The Refuge’s Emergency Response Team deals with more than 200 wildlife emergencies every year and is specially trained to cope with monkeys and other wildlife injured after falls from broken branches, high-voltage electrocutions, strikes by cars and attacks from other wildlife or domestic pets. It takes in a wide range of wildlife which, as well as howler monkeys, has included the other three native species of Costa Rican primates – squirrel monkeys, spider monkeys and capuchins. The Refuge also receives a wide variety of birds including parrots, toucans, hawks, owls, pelicans, doves and vultures, as well as margays, squirrels, porcupines, opossums, pizotes, raccoons, kinkajous, snakes, porcupines and bats. 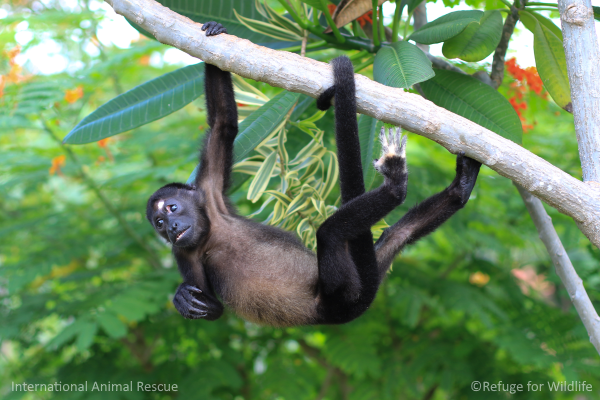 The Refuge’s clinic provides emergency and long-term medical treatment for its patients. Adult animals that need ongoing care are quarantined for a period of time before being moved to outdoor enclosures where they continue to be monitored and receive medical evaluation. As soon as they are deemed fit enough, adult animals are returned to the jungle, while infant howler monkeys and other young animals are raised in the Refuge’s nursery until they are ready to move to outdoor enclosures at about 10-12 months old. The aim is to create new family groups in preparation for the animals’ return to the wild. 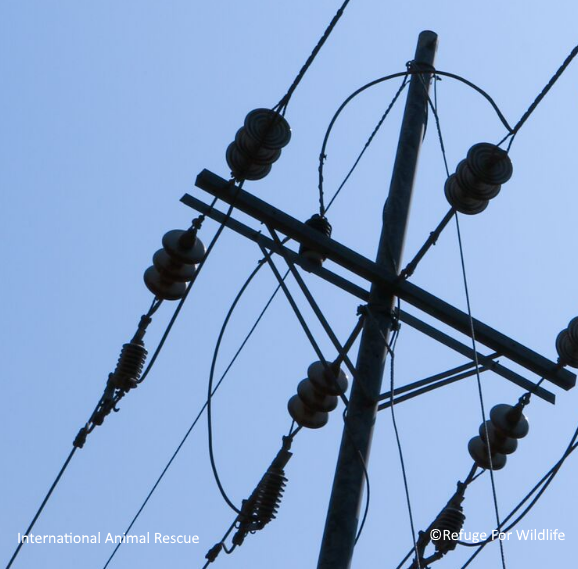 The goal for every animal that arrives at Refuge for Wildlife is to return it to the jungle as quickly as possible. At the age of 16-24 months a newly formed family of young monkeys will be transferred to a release centre to begin their reintroduction. This stage of the process usually takes another 18-24 months. Other young animals and birds are released in areas identified as the best for them to survive and to thrive.

IAR CEO Alan Knight said: “After receiving some excellent reports about the work of Refuge for Wildlife, I paid them a visit to determine whether it would be a good fit with our existing projects.

“I’m pleased to say that the Refuge’s mission is entirely in tune with our own aims and objectives. Brenda’s team is doing great work helping howler monkeys and other native species in Costa Rica and everyone at IAR is delighted to be able to support the project and help raise awareness of it.”

IAR is making monthly contributions towards the running of the Refuge, as well as making a donation towards the purchase of a new rescue vehicle. We will also be supporting the release programme in the year ahead. 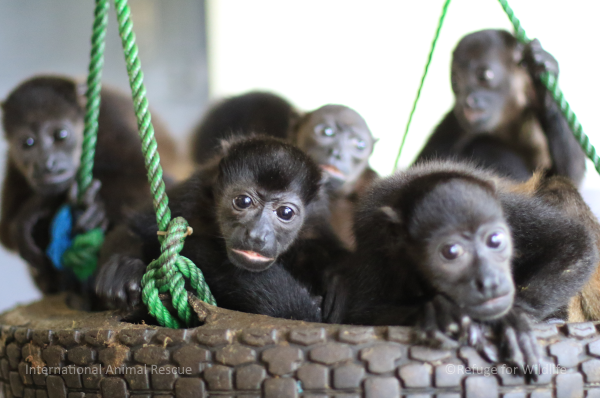 Brenda Bombard commented: “As a wildlife rescue, rehabilitation and release centre we have long admired the great work of International Animal Rescue in the many places around the world they have made a difference.  The opportunity to meet and work with these great people has been, and continues to be, an incredible opportunity and experience for us.

IAR’s professionalism, depth of knowledge and commitment to wildlife is an incredible resource.  IAR’s support has allowed the Refuge to add a full-time veterinarian to the staff, significantly improving our ability to provide a much higher level of medical and rehabilitative care. For the wildlife here at the Refuge this is a truly a life changing event. Thank you IAR."

Many of the injuries sustained by the howler monkeys are caused by electrocutions from uninsulated wires or power transformers. Thanks to the co-operative efforts of Refuge for Wildlife’s Stop the Shocks programme and ICE, the local electrical service provider, most of the electrical wires in the Playas de Nosara area were replaced with insulated cables many years ago. However there are still many areas where uninsulated electrical wires are a problem. The ‘Stop the Shocks’ programme, run entirely by volunteers, raises funds to purchase and install wildlife protection equipment in those areas.