Shocking eye witness video footage has revealed the cruel capture and killing of a large number of dogs in Mauritius. Despite repeated offers of support from international animal-welfare groups, the country continues to use barbaric and ineffective ‘catch and kill’ methods of dog control.

The harrowing footage shows workers from the government-funded Mauritian Society for Animal Welfare (MSAW) hunt down, catch and kill dogs, making no discrimination between strays and loved family pets. It is reported that MSAW workers earn a monetary bonus for each dog caught.

Captured dogs are taken to a shelter in Port Louis, where they are slaughtered in full view of one another: while one worker throws the dogs to the ground and stands on them to hold them in place, another administers a hit-or-miss lethal injection through the chest in an attempt to puncture the heart. The dogs then stagger around and eventually collapse, while the remaining dogs try desperately to escape by climbing the gates and walls of the kennel.

"Anyone with a trace of humanity will find this footage unbearable to watch", says IAR CEO Alan Knight. "It is chilling to observe the callous indifference of the dog killers towards their victims. Mauritius promotes itself as a paradise island for international holidaymakers, but instead it is a veritable hell on earth for dogs.”

"Homeless dogs have a hard enough time surviving as it is, without being hunted down and killed in painful ways", adds PETA Director Elisa Allen. "The only civilised and effective way to curb the population of stray dogs is to prevent more puppies from being born in the first place by implementing a comprehensive spay-and-neuter programme – which is precisely what we're calling on the Mauritian government to do." 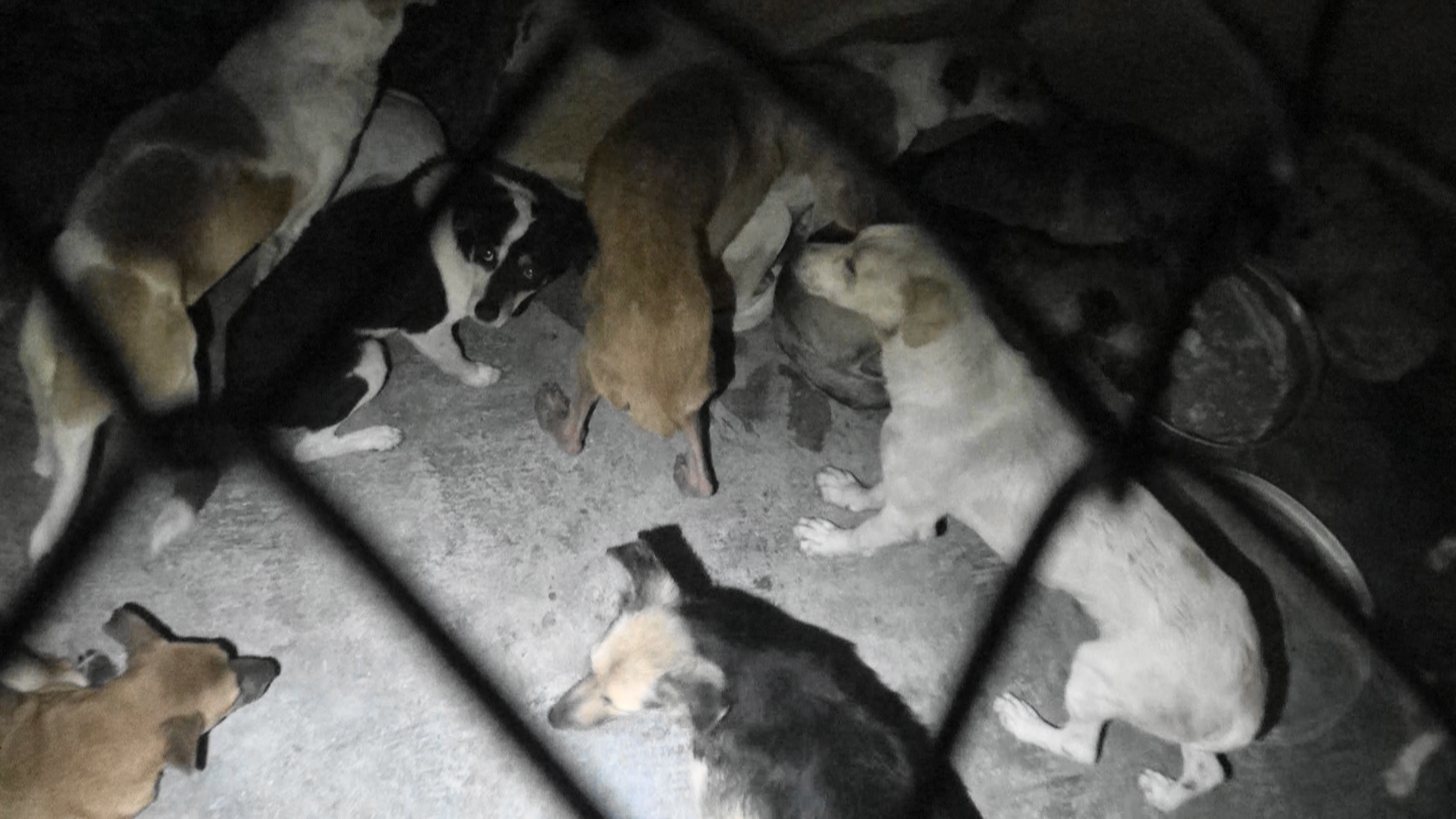 Upon seeing the footage, renowned veterinarian and CEO of Worldwide Veterinary Service Luke Gamble MRCVS said, "The perceived indifference of the individuals involved in these acts of obscene cruelty to animals upsets and offends me on every level".

In collaboration with PETA, we have launched this petition to call for an immediate end to the Mauritian government's ineffective and cruel "catch and kill" dog-control method; the introduction of a national humane-dog management programme; a full investigation into MSAW's activities as well as its supervision by the Ministry of Agro Industry and Food Security; and a complete overhaul of MSAW leadership and staff.