IAR’s team in Ketapang rescues three orangutans in one day from a village next to an oil palm plantation.

Our team in Ketapang has assisted the Forestry Department (BKSDA) and the local Police with the rescue of three orphaned orangutans in one day from a village close to an oil palm plantation in West Kalimantan.

The rescues all took place in Merangin, Kampar Sebomban village, Simpang Dua, Ketapang. The nearby oil palm plantation is clearly to blame for the orangutans’ sad plight, having left them with no shelter or protection from the hunters who caught and sold them illegally as pets.

Karmele Llano Sanchez, Programme Director of International Animal Rescue Indonesia, said: "Three orangutans rescued in the same small village next to an oil palm plantation that has just carried out forest clearance - that’s more than a coincidence. It’s very clear that these orangutans were left unprotected by the deforestation carried out by these companies. As the forest is wiped out, the orangutans are more vulnerable to hunters and the babies are then captured to be kept as pets.

“Three babies have been rescued from just one concession. But where are their mothers? They have almost certainly been killed in the struggle to protect their infants. The scale of the problem and the plight of the orangutans give us grave cause for concern. If action isn’t taken soon to protect them, it may be too late to save them." 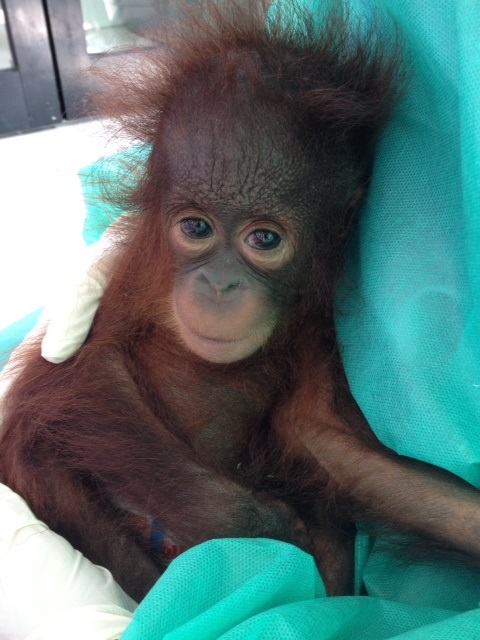 The first orangutan to be surrendered was a four year old male called Beno. He was chained up by the neck, with no shelter or protection from the sun or rain. His owner was a man called Robin.

In the same village, not far from Robin’s house, the team rescued another orangutan. Udin is a small baby of just under a year old who was being kept in conditions more suitable for housing chickens.

The third infant rescued that day was Rambo. At first the owner claimed that the rescue team should refund him for the cost of the orangutan’s care. Even though orangutans are protected by law in Indonesia and keeping them is illegal, sometimes owners ask to be compensated for having the orangutan taken from them. However the rescue team explained to the owner that he was committing a crime and must hand over the orangutan if he wanted to avoid legal action being taken against him. 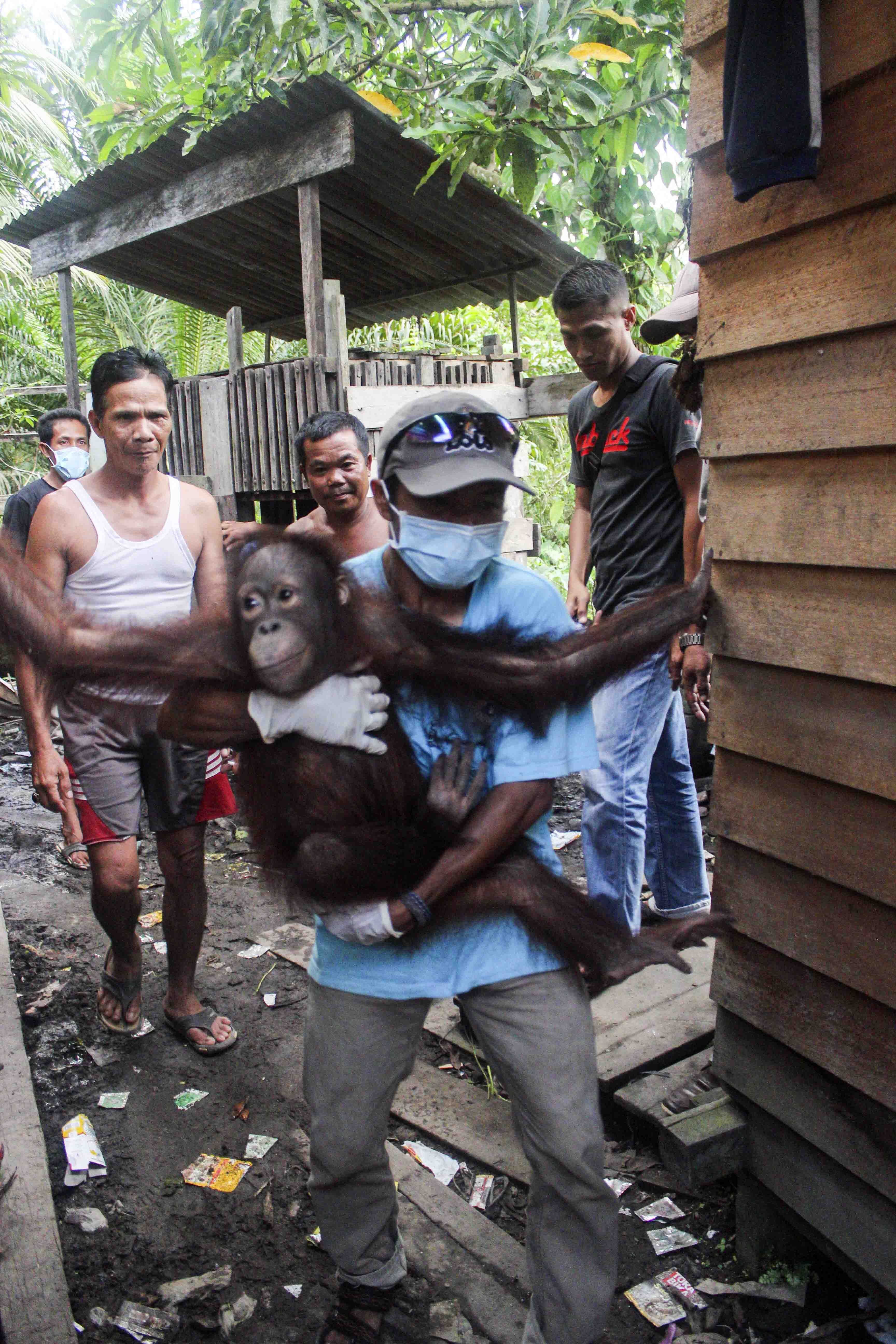 The Head of BKSDA West Kalimantan, Sustyo Iriyono, said: "We conducted the rescue effort by adopting a direct, persuasive approach with the villagers who were keeping the orangutans in Kampar Sebomban, Simpang Dua, Ketapang Regency. This successful operation was carried out jointly by the BKSDA, Police and IAR Indonesia."

The rescue of the three infants brings the total number of orangutans in the care of IAR’s centre in Ketapang to 83.  The primates of all ages were being kept illegally as pets and are now undergoing rehabilitation in preparation for release back into the wild.

Alan Knight, IAR CEO, added: “While it’s good news that these infants are now safe in the care of our team in Ketapang, the bigger picture is a bleak one. It’s high time the palm oil industry was forced to call a halt to deforestation until it makes a clear commitment to taking orangutan conservation seriously.” 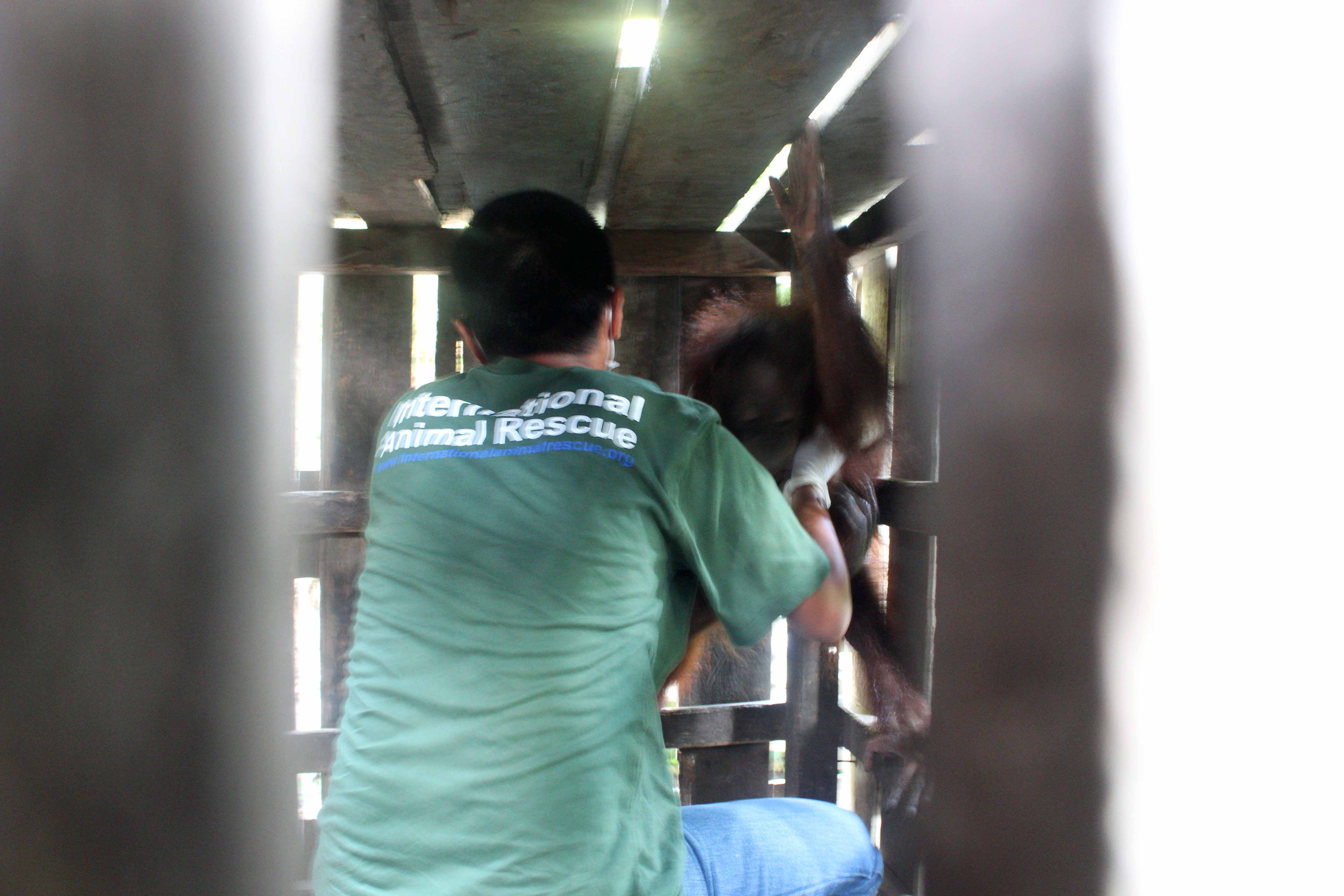 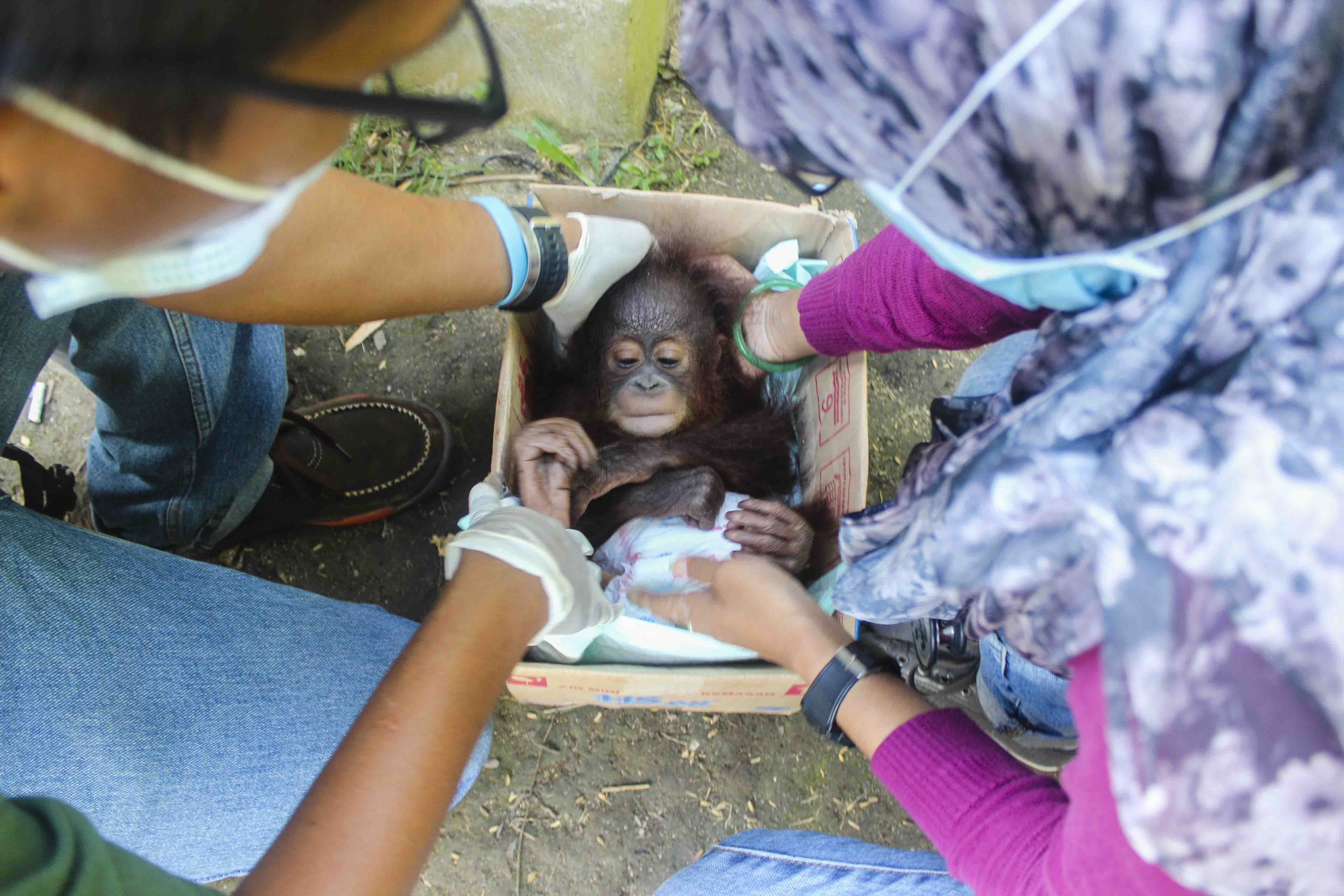