Our team in Ciapus recently released four Javan slow lorises into the wild. The critically endangered primates had been kept illegally as house pets by residents in Java and were voluntarily surrendered after the intervention of the local Forestry Department (BBKSDA.)

The three females and one male were handed in by their owners to the International Animal Rescue (IAR) Primate Rehabilitation Centre at the foot of Mount Salak in Ciapus, near Bogor, Java. They consisted of three females (Tara, Kuku and Misha) and one male (Kuka.) Having come to the end of their rehabilitation, the four lorises (Nycticebus javanicus) were transported from the centre to the wildlife conservation area of Suaka Margasatwa (SM) at Mount Sawal, Ciamis for release.

Since being rescued a year ago, the four nocturnal primates have undergone a series of medical examinations, a period in quarantine and then a comprehensive rehabilitation process to introduce them to natural food and stimulate their natural behaviour. Their activities, feeding patterns and general behaviour have been routinely monitored and recorded by our animal caretakers to ensure that the lorises have returned to their wild state. 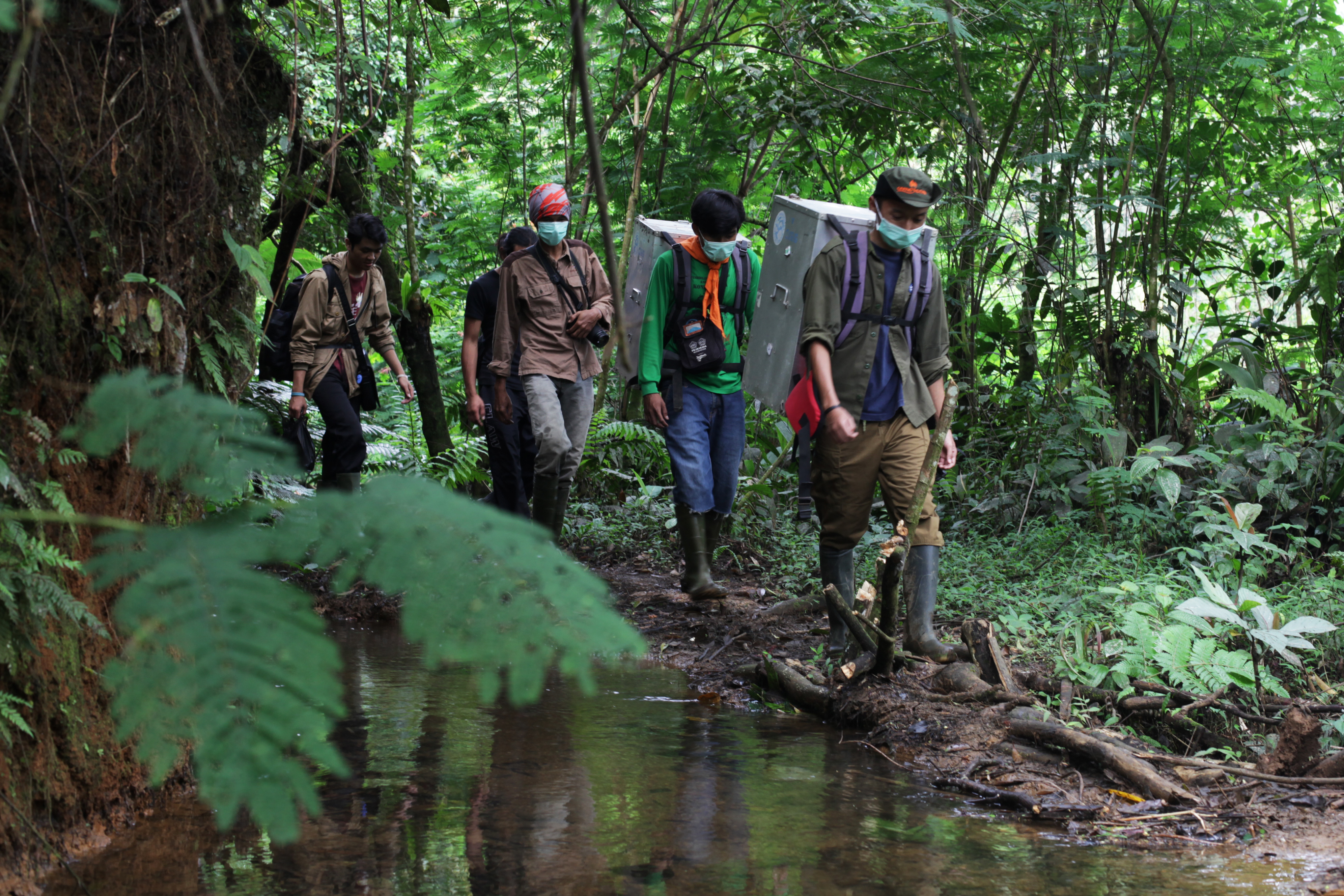 “The results of the last medical check-up showed that they’re all healthy and they’re not carrying any diseases. Tests also confirmed that their teeth and bones are in good condition which is great news,” said Dr Wendi Prameswari, Animal Care Manager at the IAR centre.

After completing the rehabilitation process, the solitary primates were then moved to the habituation cage located in the conservation area at Mount Sawal to help them adapt to their natural habitat. The enclosed space is rich in a variety of trees that provide the animals with their natural food and shelter. “After undergoing a lengthy rehabilitation process, it was such a joy to see the four slow lorises return to their forest habitat,” Wendi added.

Bobby Muhidin, IAR’s Coordinator for Survey, Release, and Monitoring, said that every night the team monitors the animals’ behavioural developments in their new home. “If they show positive progress, such as being able to find their own food, adapting well to the new environment, and in general are able to survive on their own, then we can release them completely in the conservation area of Mount Sawal,” he explains.

After being released from the habituation cage, the slow lorises will still be monitored by our team for about a year with the help of radio collars fitted around their necks.

The translocation of the slow lorises is a result of the collaboration between IAR Indonesia and West Java’s BBKSDA to release animals back into the wild and maintain populations of kukang Jawa, a species endemic to Indonesia. The Wildlife Conservation Area in Mount Sawal has been chosen as the release site because of its conservation status which ensures the protection of the lorises from human activity. IAR’s survey team has discovered that the area’s biological diversity provides the perfect food sources and shelter for slow lorises. Since 2014, 15 slow lorises from IAR’s rehabilitation centre have been released on Mount Sawal. 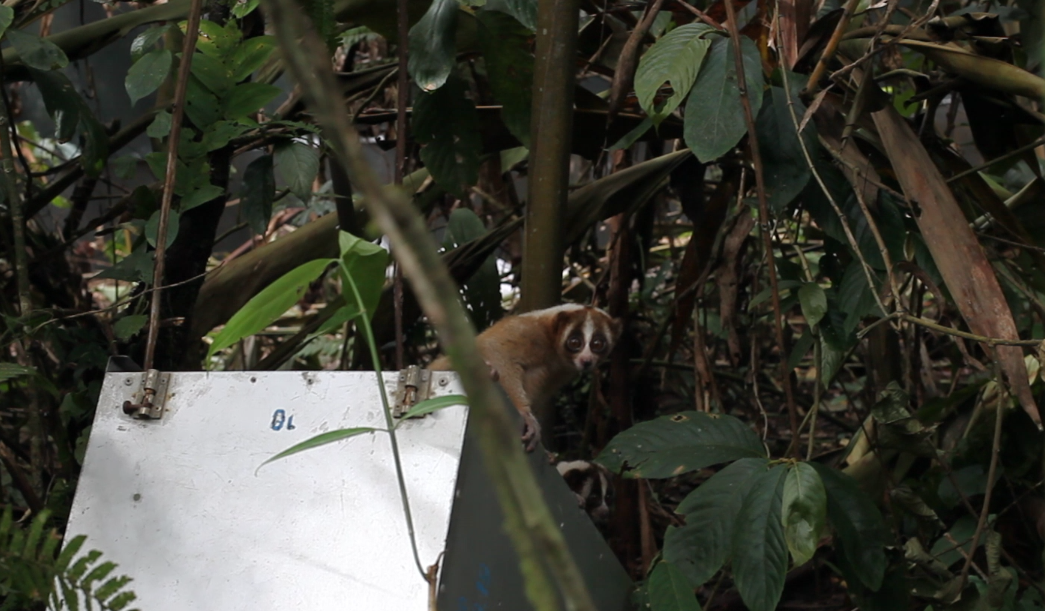 Himawan Sasongko from the Ciamis branch of the Conservation of Natural Resources Centre says that it is hoped that the release of the slow lorises will have a positive effect on the ecosystem. “Kukang Jawa is endemic to the island of Java, and they have the function of maintaining the forests’ ecosystem, particularly in the conservation area of Mount Sawal,” he says. “They play a vital role in seed distribution and pollinating flowering plants, as well performing a pest control function by controlling insect populations.”

He adds: “The best way to maintain the population and role of kukang Jawa is by protecting the species in its natural habitat. This is the right way to conserve the animals, not by domesticating or trading in them,” Himawan says.