International Animal Rescue's partners in India have rescued and released a young female sloth bear from a poacher's snare. Wildlife SOS's anti-poaching team (Forest Watch) along with the veterinarians at our Bannerghatta Bear Rescue Center rescued  the trapped and injured two year old bear this week.

The Anti- poaching unit of Wildlife SOS “Forest Watch” is run with support from One Voice, HSI Australia and Hauser Bears and helps monitor illegal trade in wild animals and their parts mainly operating through a network of informers and decoys, assisting enforcement agencies across India with such intelligence.

Wildlife SOS received the call from the Divisional Forest Officer of Karnataka and rushed to Tumkur, Karnataka immediately. The team led by Director-Research & Veterinary Operations- Dr Arun reached the location by 1 pm to rescue the trapped bear. 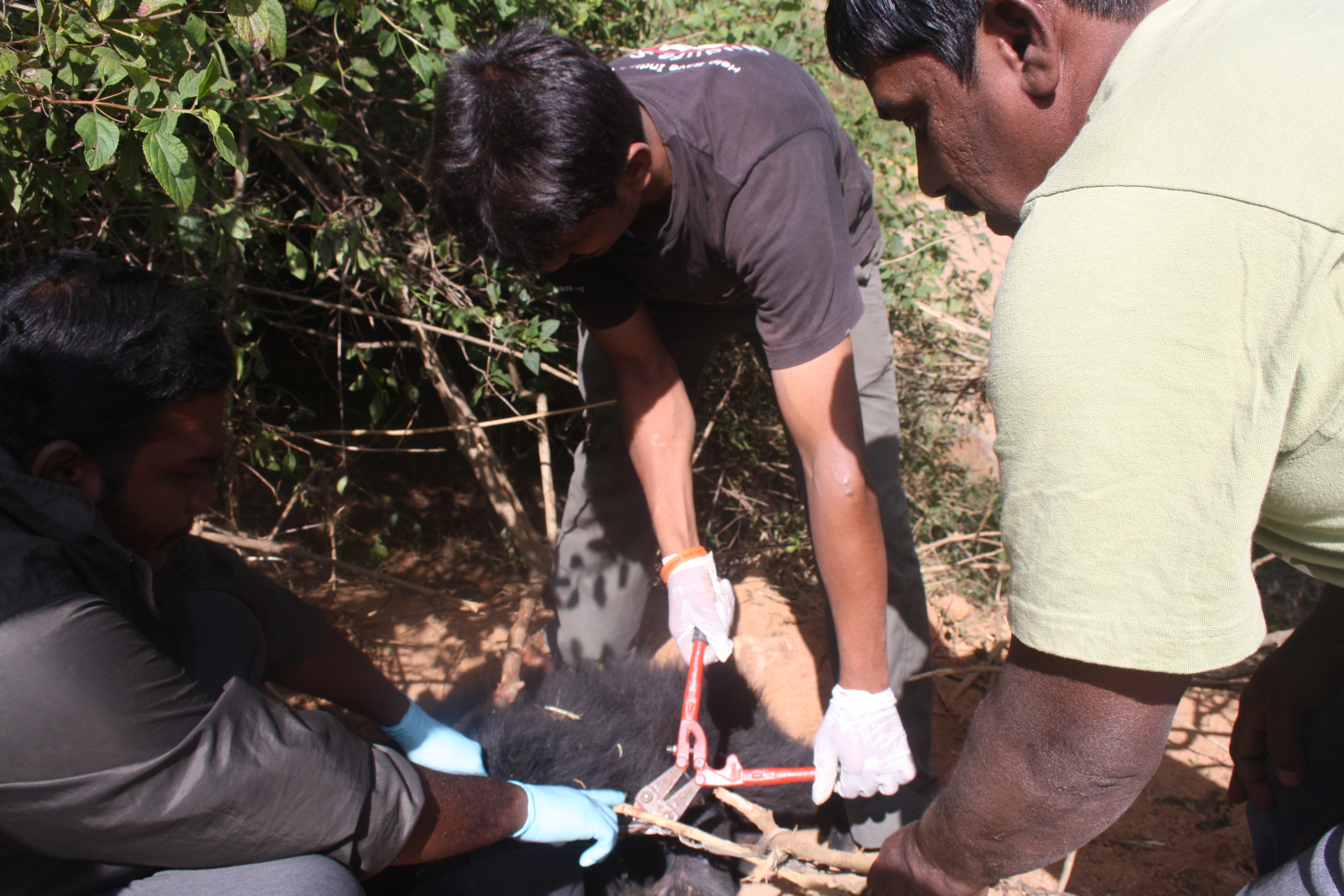 The baby sloth bear was trapped in a poacher’s wire snare and had been pulling at the snare in an attempt to escape, writhing in pain as the wire trap bit her leg.  If there would been further delay, the wire trap would have bitten deeper into the flesh and reached the muscle. Admiring the efforts of the Wildlife SOS rescue team, Divisional Forest Officer, Tumkur, Karnataka – Mr. Amarnath said “The Wildlife SOS team was pro-active with real energy and their aim was to rescue the animal safely”.

Dr Arun, Wildlife SOS Veterinary Director said “We are very happy that we were able to rescue the bear safely. The bear was treated for minor injuries and has been released back to the wild.

Geeta Seshamani, Co-Founder, Wildlife SOS said “We are grateful to the Karnataka Forest Department for alerting us to this situation.”