Budi goes in the day cage!

Scroll down for video!

Budi continues to progress well and is climbing and getting more adventurous every day. Due to this our volunteers from Project Orangutan have designed a new enclosure for Budi, which will be used while he completes his quarantine time and will give him the opportunity to continue his climbing skills and build up his muscles. 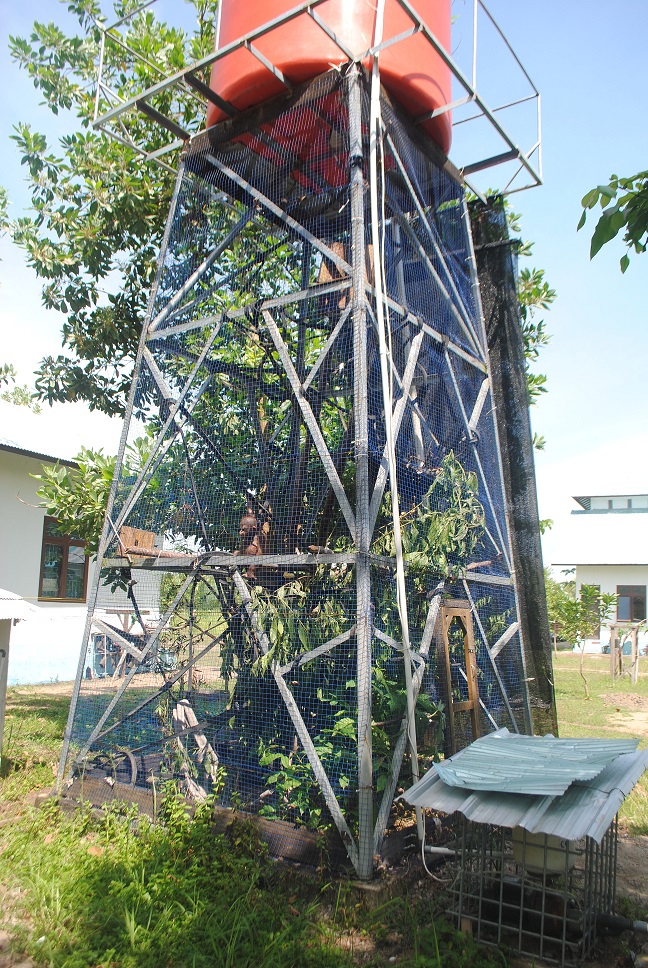 Budi's new day enclosure is just outside the clinic building, where we have a tall water tower on a frame. This used to be a temporary enclosure for a rescued slow loris, before we were able to release this slow loris back to the wild.

Our volunteers got to work redesigning Budi's new space by adding branches and making small hammocks, which were hung inside the enclosure along with lots of rubber ropes and rings to give him plenty to climb on. 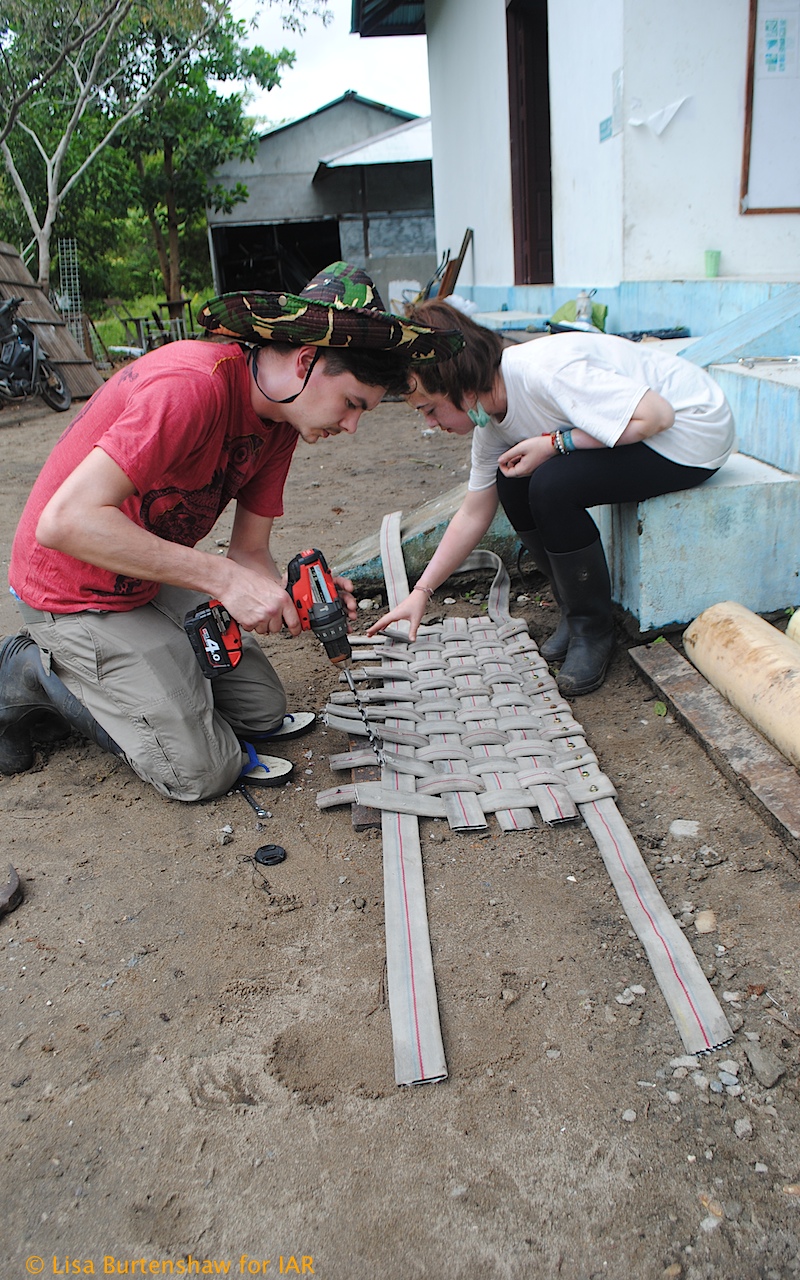 Vet Dr Ayu and vet nurse Chacha took Budi into his new day play area and stayed with him while he took his time to explore his new surroundings.

He was climbing high in no time and patting down the leaves that had been put into his hammock - a great sign of future nest building skills!

He was a bit apprehensive when Ayu first left him, but he soon settled again. He loves his new play enclosure and the veterinary staff can keep a close on him from the clinic window.

Watch the video of Budi's first trip to the day cage!