Baby orangutan Jacko rescued by our team in West Borneo thanks to intervention of local Dayak man.

A baby orangutan of about two years old has been rescued from captivity and is now in the care of IAR’s team in Ketapang, West Borneo thanks to a local Dayak man. Bapak Deka, a representative of the Dayak indigenous council, is seriously concerned about the plight of orangutans in Indonesia and this is the second time his intervention has led to the rescue of one of these endangered primates.

The baby orangutan called Jacko had been kept in a small wooden box for four months. His owner claimed to have found him when he was working at a palm oil plantation in the area PT Citra Sawit Cemerlang.

“I found the baby and the mother wasn’t around,” he said. “She must have been killed, so I tried reporting my discovery to the management of the plantation but they didn’t respond. So I decided to take the baby home – otherwise it would have died.”

The owner was concerned about the orangutan. He knew it was wrong to keep it but didn’t know what else he could do. Fortunately Pak Deka contacted him and asked him to call the Forestry Department (BKSDA) and IAR which he did willingly, explaining: "For me and my wife the orangutan is a burden. It's expensive to feed and it takes up a lot of our time" 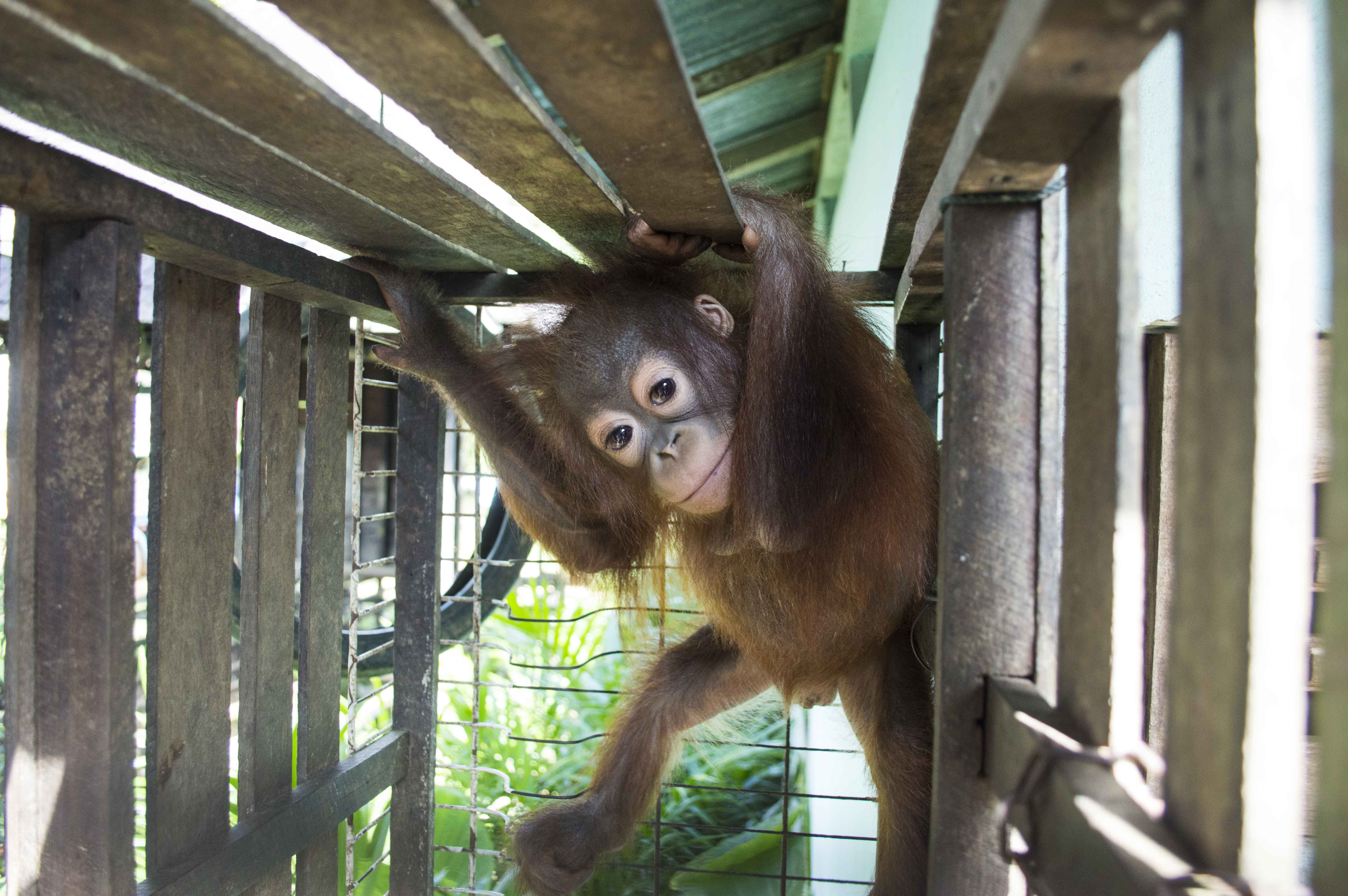 Dr Adi Irawan, IAR veterinarian who took part in the rescue operation, expressed his gratitude to Pak Deka, saying: "We need more people like Pak Deka who can help us to rescue orangutans and to spread the message.”

Pak Deka himself admitted that he would like other Dayak people to learn about the plight of the orangutan because there is a lack of information and knowledge. He said: "I learnt that orangutans have diseases that can be transmitted to people, but most people don't know this and they also don't know that orangutans are endangered and protected by law. We need more education for our own people and I'm committed to assisting with this." 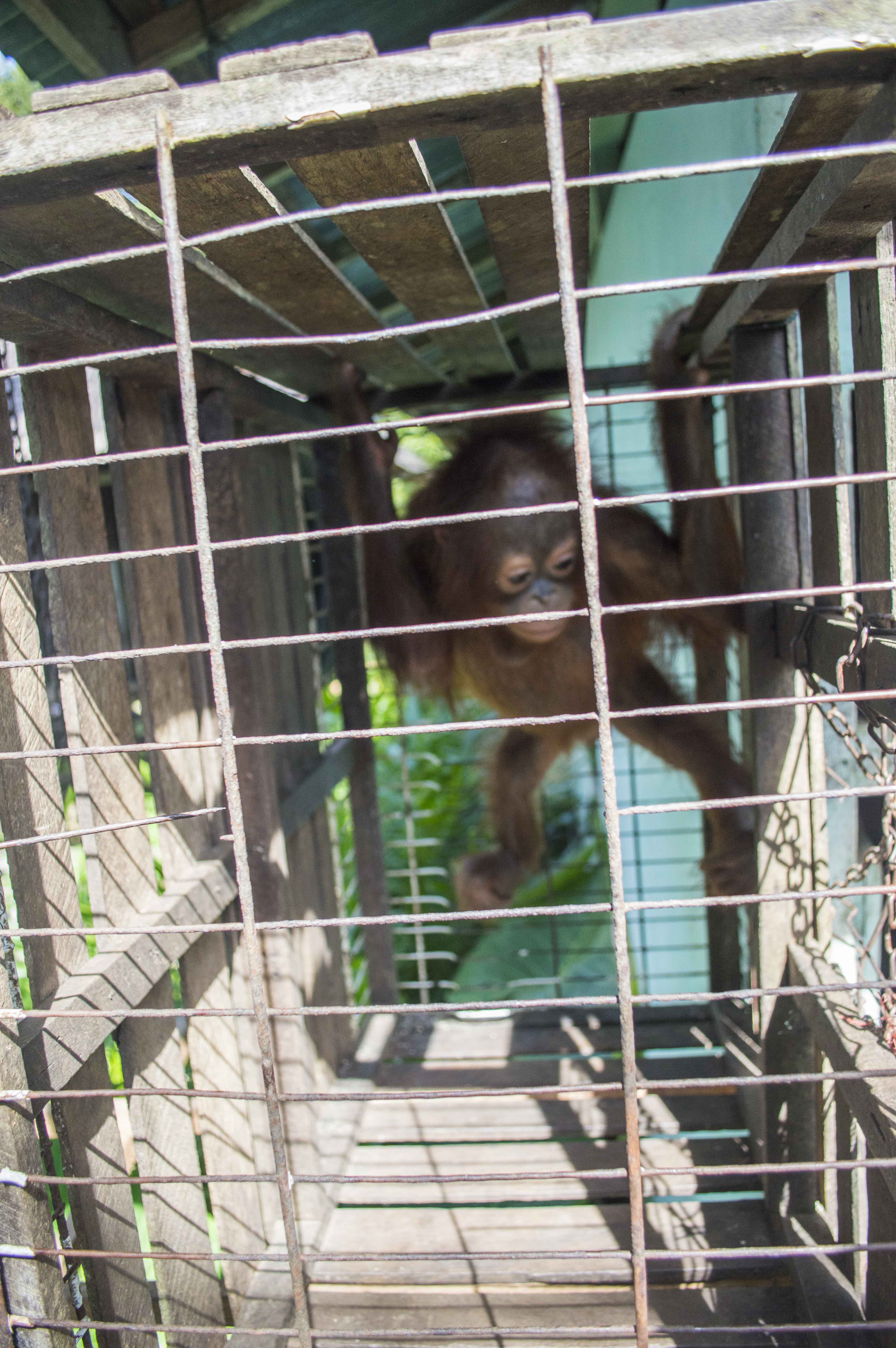 A forestry officer from BKSDA Pontianak and a Forestry Police officer from SPORC (Rapid Response Forestry Police Unit) from West Kalimantan led the rescue in Demit, Sandai, Ketapang, accompanied by the IAR team. The forestry officers always try to explain and persuade the locals to hand over their orangutans because owners who aren’t willing to hand them over can be arrested for breaking the law

"This is a good example of how the local Dayak people care about orangutans - and the future of orangutans is in their hands," said Karmele Llano Sanchez, Programme Director of IAR Indonesia. "Very often orangutans are found with no habitat and are vulnerable to hunters because the forest is being converted to oil palm, and it is in these situations that babies are likely to be taken and kept as pets. If we don't stop the deforestation of orangutan habitat, we won't stop people keeping them as pets." 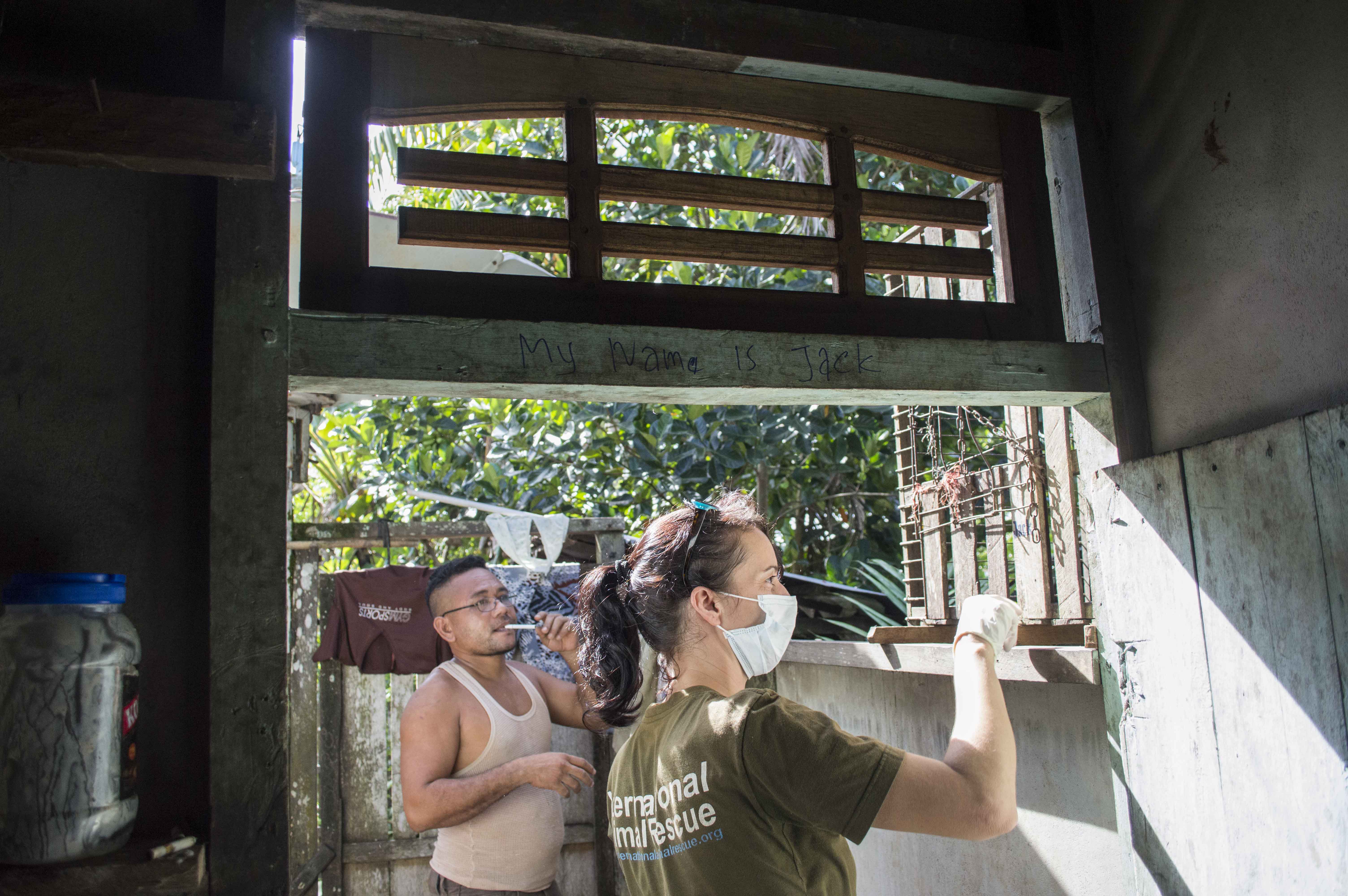