International Animal Rescue Saving animals from suffering around the world
Home » News » Another male orangutan, Jambu, in need of translocation

Another male orangutan, Jambu, in need of translocation

Yet another large male orangutan has found himself struggling to survive as a result of recent forest fires. 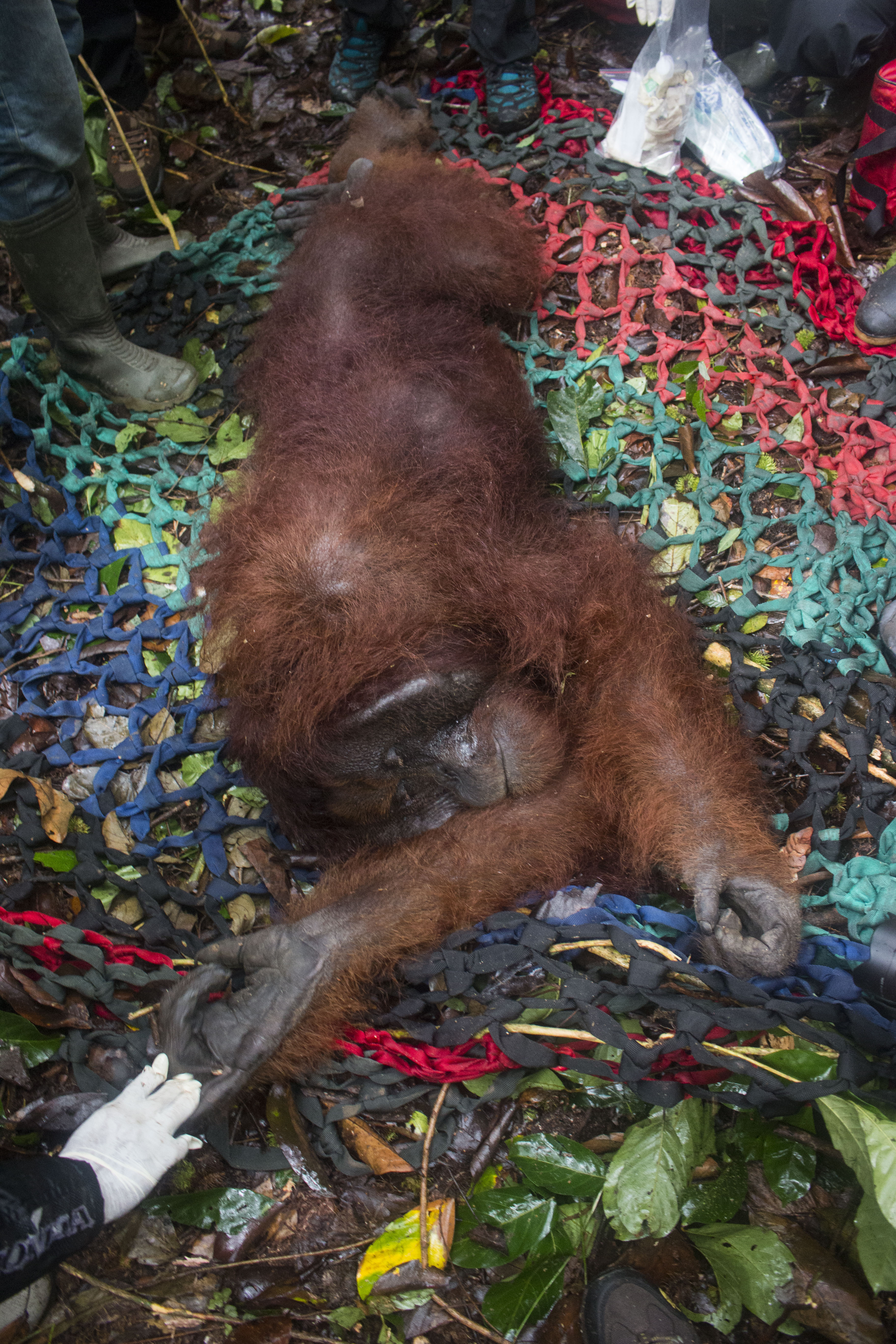 Once the villagers made contact with our team we sent our Human Orangutan Conflict team out to investigate the situation. They reported that apart from the villager's plantation, the orangutan had no other food sources and so required immediate rescue.

On the day of the rescue Jambu was too high for a safe darting, so our team had to encourage him to lower trees. Fortunately he obliged and moved down to a safer height for anaesthetising. After a few minutes the anaesthetic took effect and the nets were prepared. Unfortunately Jambu held on to a branch for slightly longer than expected causing him to swing outside of the net's reach. Luckily the only injury he sustained was a small cut to his cheek which our vets patched up straight away. Jambu is now at our centre in Ketapang waiting for a suitable release site.

The sight of stranded orangutans, especially large males, is becoming all too familiar for our team in Indonesia and they are working round the clock to rescue as many as they can.