Another Baby Orangutan Rescued from Life as a Pet

In conjunction with the Natural Resources Conservation Centre, Regional Conservation Section 1, Ketapang (BKSDA), our team has rescued a baby orangutan from the village of Air Hitam Besar in the district of Kendawangan, Ketapang.

The baby, a female of about seven months old, was in the home of a villager called Bahiyah. She claimed to have got her from a third party and admitted that she had had her for the past three months. She had named her Vena and claimed to have been treating her like her own child. 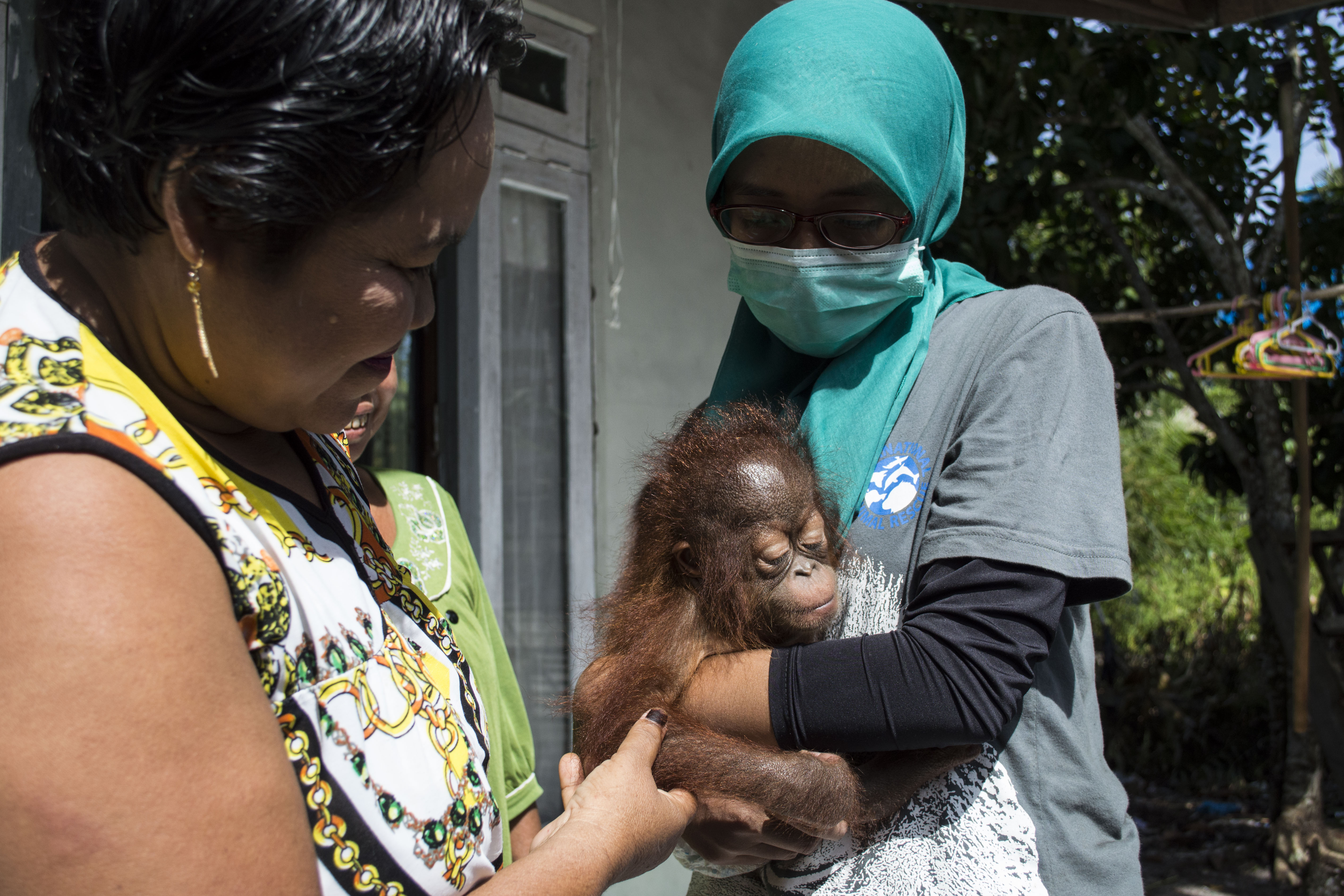 Although keeping an orangutan is illegal in Indonesia, it is still quite common in Ketapang for people to keep them as pets. During 2016 our team rescued 12 orangutans from captivity, while already this year they have taken in three orangutans that were being kept as pets. The mothers of these baby orangutans have almost certainly been killed in order for their infants to be captured. Normally, a baby orangutan will stay with its mother until it is between six or eight years old. Until then the infants aren’t equipped to live independently and rely on their mothers for food, care and protection.

"It takes a long time and it is not always easy to rehabilitate an orangutan and prepare it for release back into the wild," said vet Adi Irawan, Operations Manager at IAR’s orangutan centre in Ketapang, West Kalimantan. "Baby orangutans require years to learn all the skills they will need to fend for themselves in the wild. It is also a very expensive process. We are currently caring for 108 orangutans in our rehabilitation centre and this places a huge responsibility on us in terms of care and cost.” 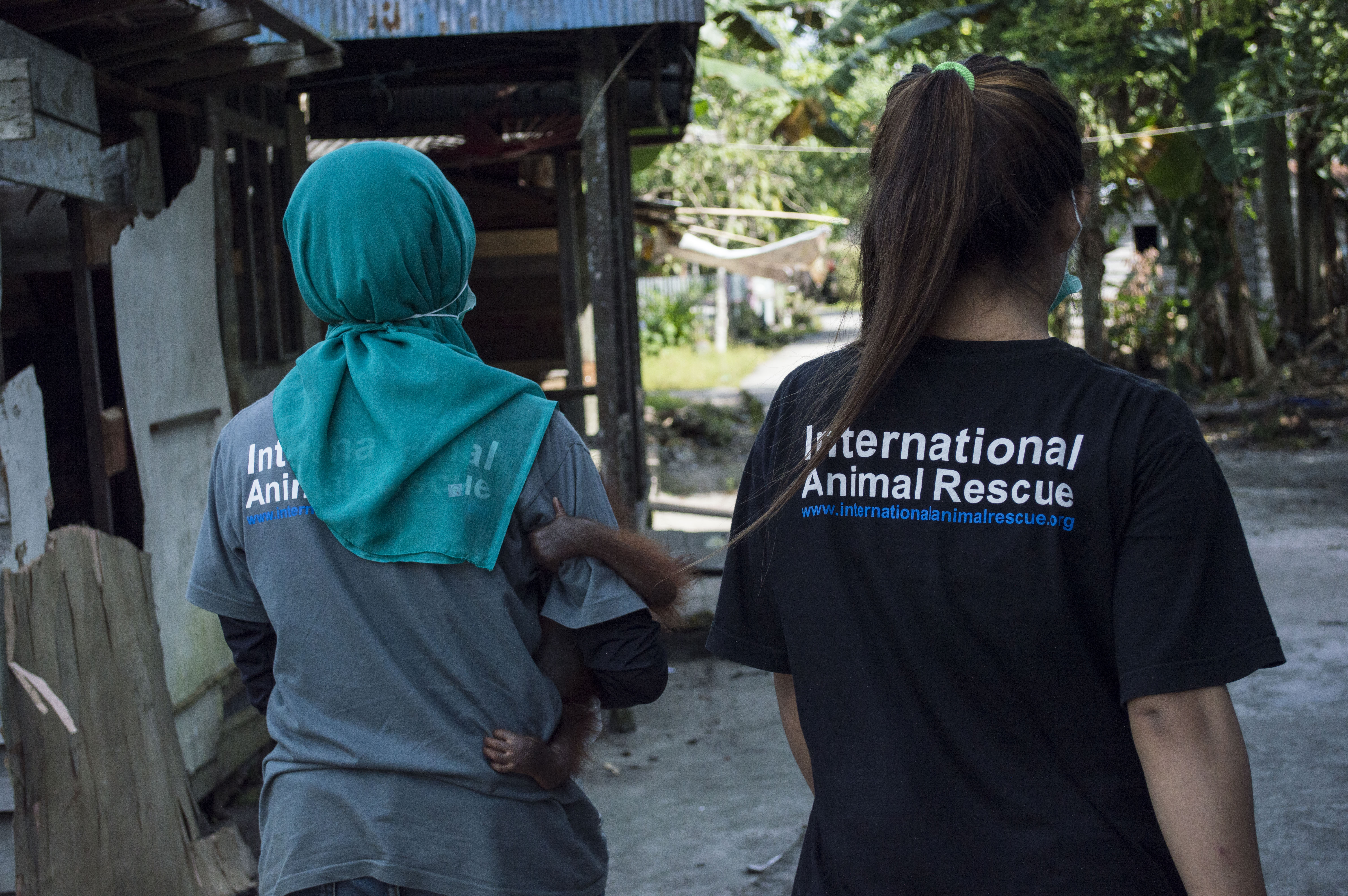 Karmele Llano Sanchez, Programme Director for IAR in Indonesia, stated: "It’s high time people realised that, if they keep breaking the law by capturing orangutans  and keeping or selling them as pets, then the species will soon become extinct.

“Anyone who is offered an orangutan should certainly not buy it. They should immediately contact the authorities and report the person trying to sell it.  And if people are not willing to cooperate by surrendering the orangutan, then the necessary action must be taken to enforce the law,” she concluded.

Vena is now in the care of the vets at our centre in Ketapang. She will be given a thorough medical check and spend several weeks in quarantine to ensure she is healthy and free from diseases before she is introduced to some of the other babies and her rehabilitation can begin.