International Animal Rescue Saving animals from suffering around the world
Home » News » ‘Woodland weigh-in’ of rescued orangutans in Borneo has a...

‘Woodland weigh-in’ of rescued orangutans in Borneo has a serious side too.

The below video of a group of rescued orangutans being weighed in the forest in Borneo is proof of the progress they are making on their journey back to the wild. The young apes have all been rescued from captivity and are undergoing rehabilitation at our orangutan centre in Ketapang, West Kalimantan (Indonesian Borneo.)

Their journey back to the wild begins in Pre-School for the very small infants, or Baby School for those that are slightly bigger and stronger. When they have outgrown Baby School the young primates graduate to Forest School. This stage is for orangutans of several years old that are displaying enough independence and climbing ability to spend their days in the forest, honing their skills and behaving like wild orangutans. The group of orangutans featured in the video are at Forest School. 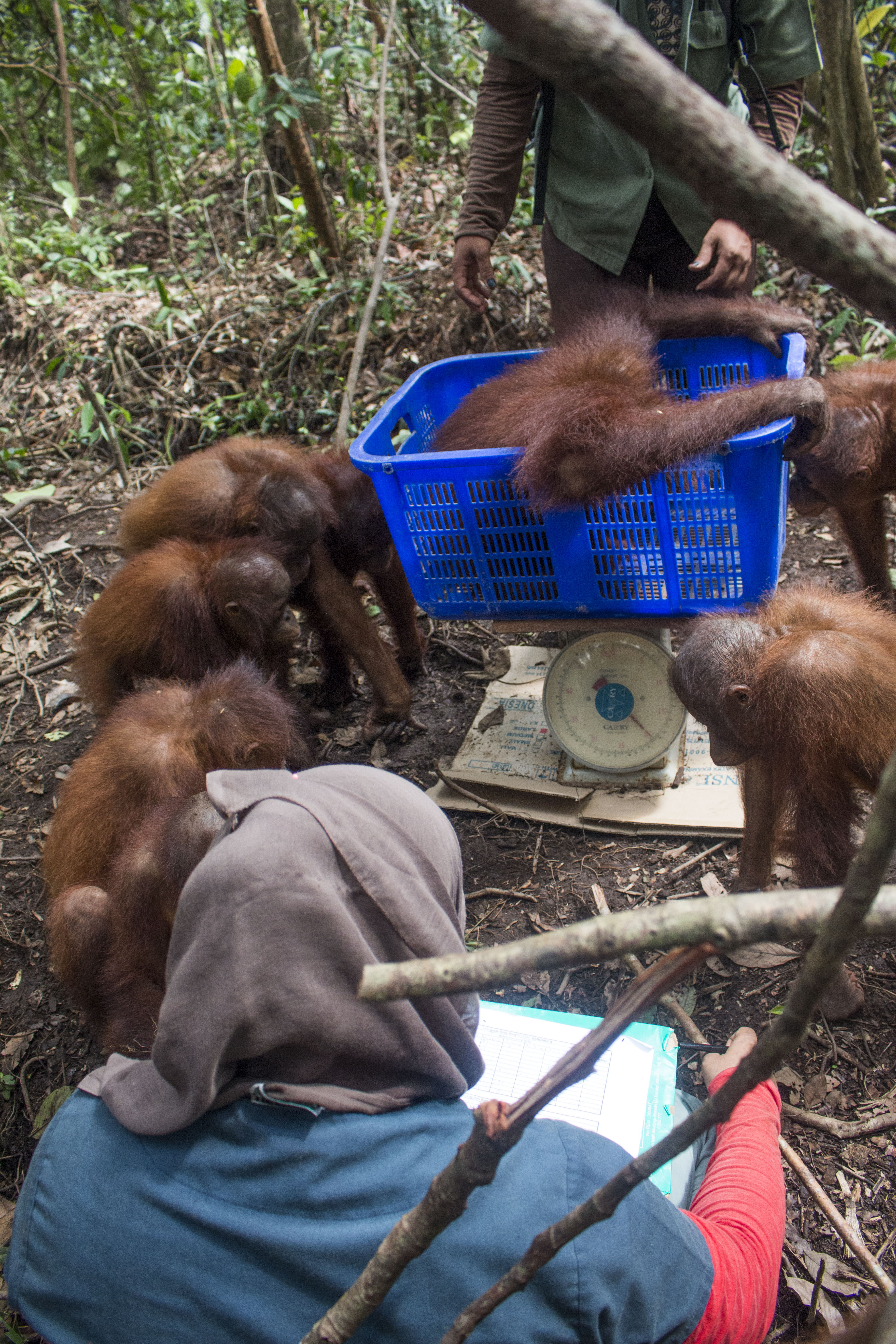 Alan Knight, IAR CEO, explains: “We have set up Forest School on two artificial islands created by digging canals to form a natural boundary. The young orangutans in Forest School are largely left to their own devices but are still monitored closely to assess their progress. These juveniles are able to climb confidently and spend most of their time in the trees, just as they would in the wild. They find food for themselves during the day and then come back into the centre for the night.

“Our short video of the orangutans being weighed may seem very light-hearted but in fact there is a serious side to it. This group at Forest School have now become so independent that they no longer show any inclination to return to their night cages. They are building nests to sleep in and so the team has decided to leave them out in the forest day and night. This is an extremely encouraging sign that they are adopting natural behaviours and choosing to fend for themselves – they are well on the way to becoming wild again.

“Consequently, rather than disrupt their new routine by bringing them out of the forest and back into the centre to be weighed, it makes sense to take the scales to them and weigh them in the forest.”

This was conducted with great hilarity because the young orangutans are so inquisitive and playful. Some of them are also already quite heavy – another good sign that they are fit and healthy but a challenge when they have to be picked up and weighed.  But the mission was finally accomplished by Indonesian vet Ayu and her team of helpers and the young apes were free to return to the treetops once more.