Two female Javanese slow lorises have been translocated to a protected forest reserve, Suaka Margasatwa on Mount Sawal at Ciamus.

Bohay and Jubile had been confiscated from the pet trade by the local Forestry Department and handed to IAR's Primate Rescue Centre in Ciapus, Bogor. Bohay arrived at our Primate Centre in September 2014, and Jubile has been at the centre since December 2012.

On arrival at IAR's clinic after confiscation, their body conditions were good, with their teeth still intact.

Recently, they were released to the forest of Taman Nasional Gunung Halimun-Salak. However, our monitoring team saw that they sometimes travelled too close to the residential areas of the nearby village. So the decision was made to translocate the slow lorises to Sawal Mountain. 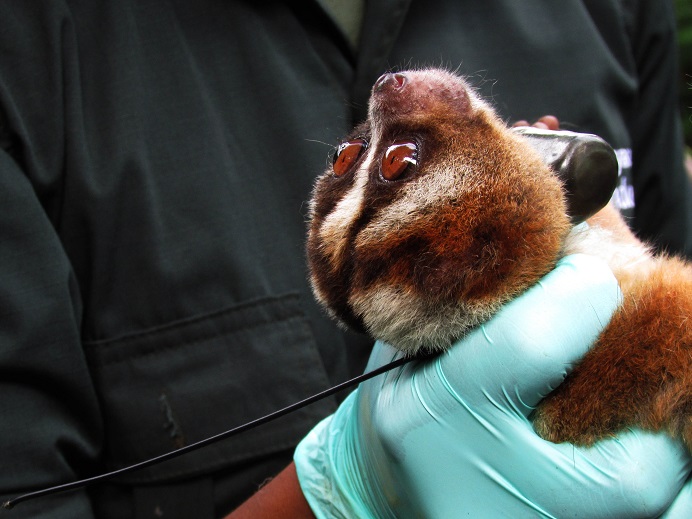 Last month, on the day of the translocation, the veterinary team carried out medical checks on the slow lorises and checked their microchips. Their necks are fitted with radio collars to facilitate the monitoring team to track them after their release.

On arrival in the habituation cage, Jubile and Bohay climbed up a Kaliandra tree and crossed over to a jackfruit tree. Both of them were enthusiastic with their climbing and climbed steadily to the top of the tree looking for leaves that will keep them in the shade.

After a few weeks in the habituation cage, when they are ready, they will be released into the forest around them. 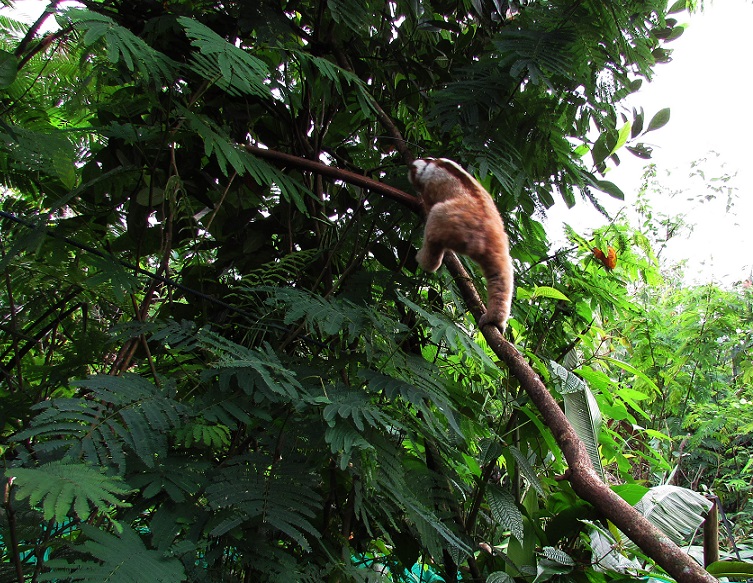